Post-Draft Prospect Profiles: Victor Söderström No. 11 to the Arizona Coyotes

Brynas IF defenceman and Arizona Coyotes first-round pick Victor Söderström entered the 2018-19 season as one of the 2019 NHL Entry Draft’s top-rated defenceman.

As the only under-18 skater in the SHL with a permanent role, Söderström earned the designation — he produced seven points (four goals and three assists) in 44 games, good for fifth all-time in scoring by U18 defencemen in the SHL. Söderström also skated in four games for the Swedish U18 team that captured gold before a concussion knocked him out of the tournament.

Söderström is a two-way defender with many intriguing assets at his disposal. One that immediately jumps is Söderström’s fantastic skating, rooted in strong techniques, marked by a light stride and fluidity that can make his movements look effortless. With the agility Söderström’s skating grants him; it’s easy for him to avoid an incoming hit or shake off the opposition’s forecheck.

Aside from covering ice, Söderström’s strong skating fundamentals are the basis for great balance and a low centre of gravity to reinforce his stance and protect the puck from much larger opponents.

Where there is room for growth in Söderström’s skating is in his acceleration and top-end speed — nobody’s perfect. He’s not a slow skater by any stretch of the imagination, but it’s an area to improve upon.

To Söderström’s credit, he can also skate backwards well enough to maintain solid gap control while defending against men in the SHL. There are no apparent issues for Söderström transitioning from forward to backwards skating, too.

Wow! Awesome moves from Victor Söderström, then he hit the post.https://t.co/vi6gKdpkY2#BIF #2019NHLDraft pic.twitter.com/exzd9D0Nzy

On the offensive side of the game, Söderström possesses many interesting qualities. He’s a strong passer and can execute on distributing plays from the blue line. From the defensive zone, Söderström’s skills with the puck allow him to connect with a consistently accurate first-pass, and to send his teammates on breakaways and odd-man rushes.

Söderström also brings a strong shot to the table; he can find the net through traffic with an accurate wrist shot with consistency. That said, Söderström’s slap shot leaves a lot to be desired — it. Ultimately, it’s not Söderström’s shot that is going to create the most value from the offensive zone anyway.

I’ve found myself surprised by how good Söderström’s hands are for a defender. He’s capable of deking out an opponent to open up space or to weave his way through the neutral zone. Combined with Söderström’s strengths as a skater; it makes for a complete package in transition, and a player capable of walking the tightrope of the offensive blueline.

The most significant area for improvement in Söderström’s game is in the offensive zone. Söderström’s offensive instincts, especially, need continued development. The tools are all there for Söderström to become a productive player, but he’ll need to take more risks to seize on that potential.

It’s Söderström’s hockey sense that allows him to be an effective defender in his own end of the ice. He has tremendous awareness and his positional play is strong — even by the lofty standards of the SHL — and he’s a responsible defensive contributor as a result. His stickwork is above average, and Söderström uses it to guide opposition forwards along the boards to great effect.

Söderström solves complicated and stressful situations like a veteran; he stays calm, composed, and rarely makes poor decisions with the puck as he starts the play for his team, always with an eye on his teammates. He anticipates situations well and when he recognizes that he is about to get forechecked or put in a rough spot he does not hesitate to make a simple play to escape that trouble. His mind seems to always be one step ahead with the puck on his stick in the defensive zone. He is also effective at making puck retrievals on dump-ins, as he can anticipate the play. Combined with his skating; he is often the first player to get to the puck.

Söderström can also play quite physical along the boards, he does not shy away from physical contact and can even throw hits against bigger and stronger opponents. While defending against men in the SHL Söderström can struggle physically as he lacks upper body strength and he gets beat in front of his own net at times due to it.

Söderström is also very competitive and has a high work rate. He doesn’t take shifts off and will always do his best; he never shows any negative signs or disinterest while on the ice. He has very good focus and can eat a lot of minutes during games without it affecting his play in a negative way. He does, however, need to improve his stamina as it seemed like he had played a bit too much hockey during the latest part of the season, and it affected his performance in the way that he started to make mistakes that he wouldn’t normally do.

Söderström could most likely make the jump to the NHL as soon as next season; he has the smartness, skating and the ability to adapt to his surroundings. He would not look out of place.

He would, however, benefit from staying at least one more season in the SHL to develop his offensive game, become a more consistent offensive contributor and gain some more confidence in his own abilities. Söderström has been selected to play for Team Sweden’s U20-team in the World Junior Hockey Championships Summer Showcase held in Plymouth, USA, in July/August. 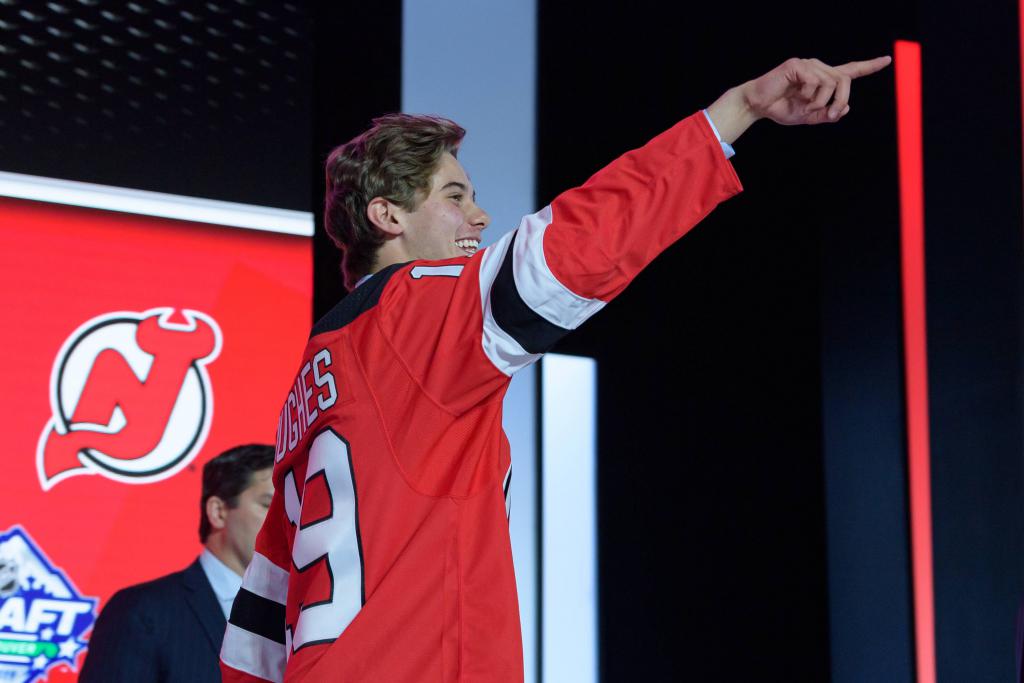 Next article BURKE: Winners and Losers from Day Two of the NHL Entry Draft