Our tour around the Western Hockey League continues, as The Pipeline Show previews the 2019-20 season for four more WHL clubs with the help of either the team’s GM or head coach.

The Tri-City Americans lost out in the first round of the 2019 WHL Playoffs after what many had predicted to be a development season. There weren’t high expectations for the team after losing players like Michael Rasmussen and Juuso Valimaki. GM Bob Tory believes his team is regularly underrated so perhaps we should expect more from Tri-City this season.

Gone from last year’s playoff roster are 98-born Parker Aucoin, Nolan Yaremko and Aaron Hyman as well as 99-born Riley Sawchuk who was dealt to Edmonton this summer.

The Americans expect they will start the year with 5 overage candidates including the injured Dom Schmieman and St. Louis Blues invite Krystof Hrabik. But eventually they will have to cut back to just three and starting goalie Beck Warm and captain Kyle Olson will be two of them. Defenceman Carson Sass, recently acquired from Red Deer, is the other option.

Tory told me outright that Warm will be the club’s starter but that the backup spot will be battled for between incumbent Talyn Boyko and 16-year-old Mason Dunsford.

Tri-City’s defensive group is bursting with size and most of it comes from players with WHL experience. Even new faces to the team like camp invite Jayden Platz, bring with them experience at the WHL level and that bodes well for the Americans. Add 6-foot-4, 220-pound rookie Marc Lajoie to the mix and the group gets even bigger.

There will be some question upfront with who will bring more offence than they have in the past. Saska Mutala leads that group. His 20-goals helped him get drafted but more will be expected from him this season. Nick Bowman has bounced around the league the last two seasons but is expected to lock down a spot in Kennewick and play a key role for the team.

I asked Tory what would make for a successful season for the Americans and wasn’t surprised to hear that making the playoffs is first and foremost. Once you’re in, anything can happen after that. The Americans might not be considered contenders right now but it’s fair to say they won’t be an easy out either.

There is a youth movement underway in Seattle but that doesn’t mean that T-Birds fans shouldn’t expect a competitive club. GM Bil La Forge joined me this week to update the picture for the Thunderbirds now that main camp has wrapped up for the team and the focus shifts to pre-season action.

Nolan Volcan and Noah Philp have left the team for the University of Alberta, Sean Richards aged out of the league and defenceman Jarret Tyszka has also set his sights on using his WHL scholarship package. Those moves, added to the trading of Jake Lee, Dillon Hamaliuk and Cole Schwebius at the draft, have signalled the decision to get younger and grow from within.

Roddy Ross will be the club’s starting netminder after coming to the team midway through last season and really taking advantage of the opportunity.

Owen Williams will be the veteran on the blueline and he’ll have plenty of youth and size around him — 6-foot-3 Cade McNelly, 6-foot-2 Simon Kubicek, 6-foot-3 Ty Bauer and 6-foot-5 Luke Bateman among them. La Forge also just acquired Hunter Donahoe from Red Deer to try and add some depth and experience to the group.

With so many changes to the forward group, there will be opportunities for players to step up and take advantage. Matthew Wedman will be the leader along with Andrej Kukuca – assuming both are back. Wedman will be one of three T-Birds who go to NHL camps and Kukuca is one of five overage candidates fighting for three roster spots.

Youngsters like Payton Mount and Kai Uchacz will be counted on to bring production along with Henrik Rybinski who was recently drafted by Florida.

Seattle will be young but competitive with an eye firmly planted on at least reaching the playoffs.

The Saskatoon Blades made it back to the postseason last year for the first time in a long time and they were one of the best clubs in the entire WHL. Unfortunately, they had to play the best team in the league and were done after the second round of the playoffs.

This year the expectations will be pretty high, albeit with an asterisk depending on what the Chicago Blackhawks decide to do with marquee Blades forward Kirby Dach. For now, Saskatoon goes on as if Dach won’t be back, or at least not until mid-November as they feel he’ll earn at least the nine-game audition from Chicago.

Dach is just one of several players who won’t (asterisk) be back from last year’s playoff rosters. Others include 98-born Max Gerlach, Dawson Davidson and Brandon Schuldhaus. Gary Haden was dealt to Victoria and the team also saw the departure of both of their import players, among others.

One constant for Saskatoon comes in net, where Nolan Maier will return as the starter and does so with a chip on his shoulder having gone unselected at the NHL Draft.

The back end will feature a pair of new imports, including 19-year-old Libor Zabransky who the Blades picked up in the import draft after spending last season split between the Kelowna Rockets and Fargo Force of the USHL. Nolan Kneen, Majid Kaddoura and Aidan De La Gogendiere are all back and the addition of Scott Walford is a significant one.

Returning forwards Ryan Hughes, Eric Florchuk and Chase Wouters lead what will likely be a young but exciting group. Another Dach is on the way in Colton Dach who GM Colin Priestner tells me is bigger than Kirby was in his first camp. Add Braden Plaschewsky and a full season of Kyle Crnkovic to the mix and there is lots to watch for in Toontown.

Many will be picking the Blades to be the top team in the division and the conference and you won’t get an argument from me. If they get Dach back from Chicago at some point, they definitely fall into the contender category.

They are always one of the most hated teams in the Western Hockey League but that’s because over the last decade or so, the Portland Winterhawks have also been one of the most feared clubs in the ‘Dub. While they likely aren’t going to be considered contenders this year, the Hawks will always be a tough opponent and can never be overlooked.

Gone are the likes of Cody Glass and Joachim Blichfeld, Brendan De Jong and Shane Farkas but Portland is moving ahead with some talented youth that will be on the watch list for NHL scouts. Seth Jarvis leads that list of players but don’t sleep on Swiss import Simon Knak and Cross Hanas; all three played in the recent Hlinka Gretzky Cup for their respective country.

Joel Hofer gets the chance to be the full-time starter after sharing the net the last couple of seasons. The 6-foot-4 prospect of the St. Louis Blues, Hofer could be one of the top netminders in the western conference.

Portland’s blueline has boasted several big names over the years but by comparison, this year’s edition is lacking that star power. Still, John Ludvig, Clay Hanus and incoming Danish defender Jonas Brondberg are a good start to build around.

The target is always a WHL title but head coach and GM Mike Johnston told me that a 40-win season is achievable this year so fans should expect another fun season in Oregon. 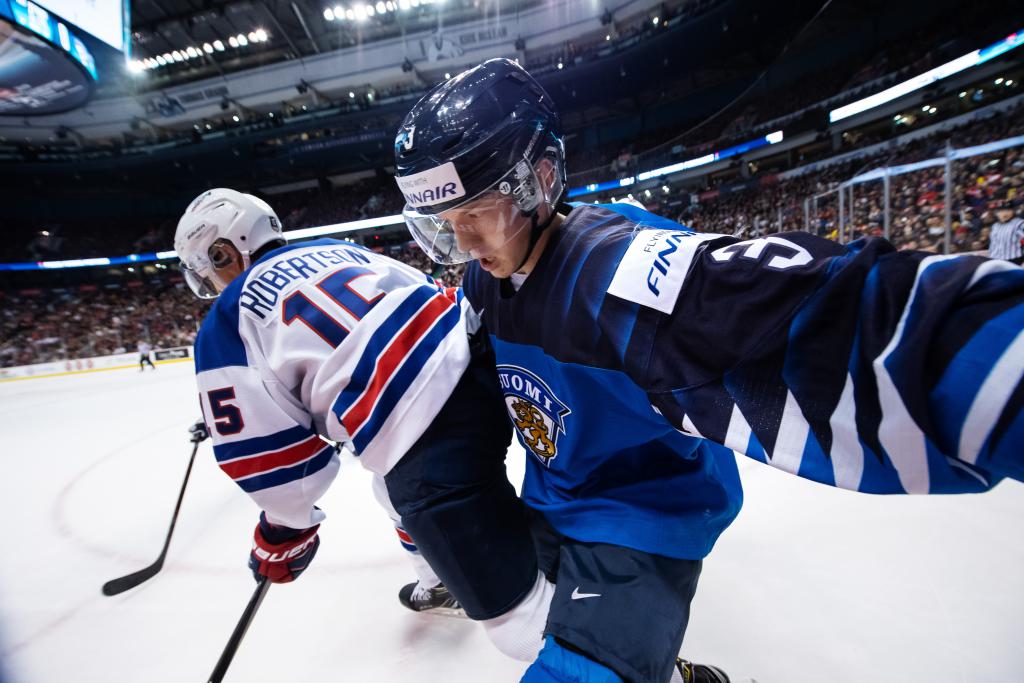