When Adam Foote and family arrived in the Okanagan Valley a few years ago, it was apparent they would be around for awhile.

It would be fair to suggest the elder Foote knows a thing or two about the game.

“Ted Nolan was a player’s coach and Mark Crawford really pushed me,” Foote said when reflecting on who had an impact on his career. “Bob Hartley was a good bench coach and just being around some great leaders like Mike Keane and Patrick Roy.”

On Oct. 21, the Rockets relieved then head coach Jason Smith of his duties after the team’s horrid 4-10 start. The next day, general manager Bruce Hamilton announced Adam Foote would take the reins as head coach.

Foote, along with is wife Jennifer, had been seen and heard around Prospera Place on a regular basis as supportive hockey parents. They acquired a residence in Kelowna, a home for the family while Cal and Nolan chased their hockey dreams.

But now it’s also about work.

“Well, it doesn’t feel like work, but feeling a little tired at home,” Adam Foote said after a couple of weeks at the helm. “We knew that would be part of the deal. The first week or ten days was a bit overwhelming, a lot of long days.”

In Kelowna, Nolan Foote leads the Rockets with 20 goals this season, his National Hockey League draft year. He burst on to the scene as a 15-year-old, playing 13 games before his 16thbirthday. This season, the 18-year-old is doing his part to contribute as the group battles for a post-season berth.

The family is also keeping an eye on the progress of the eldest son.

Cal Foote, who checks in at 6’4 and 221 pounds, is plying his trade in the American Hockey League with the Syracuse Crunch, eyeing a job with the Tampa Bay Lightning.

Cal appeared in 238 games for Kelowna and established himself in junior hockey as a complete rearguard, a rangy and mobile defenceman with offensive skills. The Lightning nabbed the right-handed shooter with the 14thpick at the 2017 NHL Draft.

Nearly three months into his gig as Rockets head coach, the team is back at it after the Christmas break. Now 16-17-3-1, Kelowna is in the playoff hunt.

“I don’t like what we did since the break,” Foote said following consecutive losses to Prince George and Kamloops. “It seems like the ten days off was a little too long.

“It’s almost like we forgot a lot about the details. For our coaching staff we have to have friendly reminders to get things back in sync.

“We have to swim in the dirty river before we can jump into the country club pool.”

This article is about:
NHL Prospects
Scoring Leaders 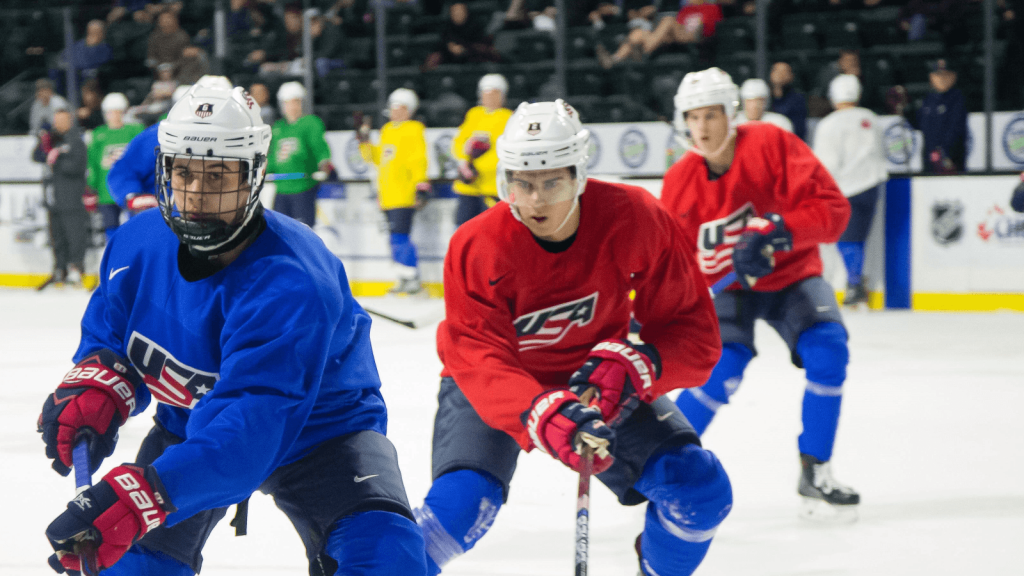