skip-main
Winger Janne Kuokkanen is back in Charlotte after a short stint with Carolina in the NHL.
PHOTO: Reuters
Rankings

Each Tuesday, EP Rinkside serves up the weekly AHL Power Rankings, a look at some of the top contenders across the 31-team circuit and their NHL-AHL player development picture.

1. CHARLOTTE CHECKERS (CAROLINA HURRICANES)
28-8-3-0 – 59 POINTS
Consider the Wilkes-Barre/Scranton Penguins coming to Charlotte and rocking the Checkers, 5-1, a weekend wake-up call. The Checkers responded the next night on Charlotte ice, blitzing the visitors for three goals in the opening 8:18. Their Janne Kuokkanen–Nicolas Roy–Julien Gauthier line excelled in that bounce-back 5-3 win over the Penguins. A tough two-game test against the Bridgeport Sound Tigers starts Tuesday night. The teams split a pair of games in Charlotte before the Christmas break. A clean Charlotte sweep of this series would blow open the Checkers’ hold on the Atlantic Division to 13 points. Another pair of home dates, those coming against the Toronto Marlies, follows this weekend to wind down the Checkers’ six-game homestand.
Last Week: #1 – sixth week in a row

2. SAN JOSE BARRACUDA (SAN JOSE SHARKS)
22-8-1-3 – 48 POINTS
The Barracuda have a relatively light week, but it is a challenging test all the same. The Texas Stars come to SAP Center for the first time this season on Friday night. They atoned for a 3-1 home loss to the last-place Ontario Reign this past Friday night by pulling out a 2-1 home win against the rival Stockton Heat two nights later. The Barracuda lead the AHL with a .735 home point percentage. The Sharks recalled rookie forward Dylan Gambrell, who has been on a tear for more than a month with 6-12-18 in his past 19 games. Adding forward Rourke Chartier over the weekend is a healthy boost for the Barracuda. He scored the lone goal in the home loss against Ontario. Earlier last week, they also received defenseman Jake Middleton back from the Sharks.
Last Week: #2 – sixth week in a row

3. TUCSON ROADRUNNERS (ARIZONA COYOTES)
20-10-3-1 – 44 POINTS
The Roadrunners managed a split in a pair of games against the powerful Chicago Wolves at Tucson Arena, no small feat. Next up is a tough trip into Colorado for a pair of key games against the Eagles this weekend. Goaltender Calvin Pickard is back with Arizona after completing his conditioning assignment. Forward Adam Helewka, an offseason acquisition from the Sharks organization, continues to have a fine season for the Roadrunners and popped in two goals in this past Saturday night’s 3-2 defeat of the Wolves to earn a series split. Top forward prospect Nick Merkley continues his road back from a long-term knee injury and has been a point-per-game addition to the Tucson line-up since returning last month. After the Colorado road series, the Roadrunners will begin a six-game homestand next Monday with back-to-back games against Texas in their latest test.
Last Week: #4 (▲+1)

4. SAN DIEGO GULLS (ANAHEIM DUCKS)
19-11-2-3 – 43 POINTS
A goal from Adam Cracknell with two seconds left in regulation on the road against the Iowa Wild helped the Gulls extend their point streak to 14 games, the longest in the AHL this season. Iowa went on to take the game in overtime, 3-2, but San Diego’s 11-0-2-1 run continues after the Gulls took three of four points on tough Central Division dates against Iowa and the Milwaukee Admirals and seven of eight points on their four-game trip in total. Texas awaits the Gulls back home in San Diego on Wednesday night before the Bakersfield Condors come to town for a Saturday night Pacific Division match-up. After that, it will be back on the road to begin a run of nine of 12 games away from San Diego. On December 8th, San Diego held the third-worst point percentage in the AHL and sat last overall in points at 18. The Gulls’ run has pulled them to within five points of San Jose for the division lead.
Last Week: #10 (▲+6)

5. CHICAGO WOLVES (VEGAS GOLDEN KNIGHTS)
22-13-3-1 – 48 POINTS
After breaking even at Tucson, the Wolves take on the Central Division this week. Their 22 victories tie them with the Barracuda for the Western Conference lead. Although sniper Brandon Pirri remains on recall to the Golden Knights, forward Daniel Carr holds the AHL lead at 45 points (19-26-45) in 33 games. The Golden Knights brought him in during the offseason from the Montreal Canadiens, but he has played only six NHL games this season. Another former Canadiens prospect is also in the picture now for the Wolves. With goaltender Max Lagacé still on recall to the Golden Knights, Zach Fucale made his first AHL start of the season. Two weeks earlier, he competed for Canada at the Spengler Cup, reaching the final. In a 6-3 win this past Friday, forward Tomas Hyka became the fifth Wolves player to post a hat trick. Brooks Macek sits in a fourth-place tie in AHL scoring at 39 points (18-21-39) after a 1-3-4 series at Tucson.
Last Week: #6 (▲+1)

6. TEXAS STARS (DALLAS STARS)
21-11-3-2 – 47 POINTS
Last season’s Calder Cup finalist has emerged as a dangerous contender again, and they are banking points now before a grueling two-month grind starts this week. The Stars rolled off home victories last week against Bakersfield, the Rockford IceHogs, and Iowa. That took the Stars to an 11-game point streak (10-0-0-1) at H-E-B Center dating back to December 5th. The Stars’ 15 home wins lead the AHL, but now they go on the road, where they are 6-7-2-1. It is a brutal run of games as well – after visiting San Diego on Wednesday, they face road contests at San Jose, Stockton, and the two games at Tucson. February will not be any easier with eight of 10 games on the road. Between the start of February and March 2nd, their only home games are two-game series against the likes of the Roadrunners and the Wolves. After that, they have another extended stay on the road with six of seven games on opposition ice. Rookie forward Joel L’Esperance continues his excellent season and has reached 22 goals, putting him second in the league.
Last Week: Not Ranked

7. ROCHESTER AMERICANS (BUFFALO SABRES)
23-13-2-0 – 48 POINTS
The Amerks had another up-and-down week. The Toronto Marlies came into Rochester to start the weekend and pounded the home team, 5-1. But the Amerks returned the favor the following afternoon, delivering a 5-1 loss to Toronto behind a hat trick and four points from forward C.J. Smith. Buffalo had sent Smith back to the Amerks after two weeks with the Sabres. The Amerks go back on the road this weekend, starting Friday at Wilkes-Barre/Scranton with a trip down to Lehigh Valley to meet the Phantoms the next night.
Last Week: #8 (▲+1)

8. SYRACUSE CRUNCH (TAMPA BAY LIGHTNING)
21-12-2-1 – 45 POINTS
Sure, the Crunch ran into a hot goaltender in Evan Cormier of the Binghamton Devils last week. They outshot the Devils, 35-10, only to leave town with a 4-0 loss. They managed a point in an overtime loss to the visiting Cleveland Monsters but ended the weekend with another loss. With Connor Ingram still out of the line-up with an injury, Eddie Pasquale has made 10 consecutive starts for Syracuse. The Crunch acquired veteran blue-liner Jan Rutta via a Lightning-Chicago Blackhawks trade last week that sent Slater Koekkoek out west. The Crunch start a busy week with four games in six days, including a home-and-home series against the Devils. After that, home games against the Springfield Thunderbirds and Rochester Americans will take them into the AHL All-Star break.
Last Week: #3 – (▼-5)

9. BRIDGEPORT SOUND TIGERS (NEW YORK ISLANDERS)
22-12-4-2 – 48 POINTS
The Sound Tigers started their weekend with a win before losing at home to the Hartford Wolf Pack. That ended a 15-game home point streak, the AHL’s longest streak this season. After their two-game trip to Charlotte, they are back at home against the Providence Bruins and Hershey Bears this weekend. A good week would give Bridgeport additional space in the Atlantic Division for their second-place lead. They are 12-2-2-1 at home this season.
Last Week: #7 – (▼-2)

10. IOWA WILD (MINNESOTA WILD)
21-12-4-3 – 47 POINTS
The win on Monday night against San Diego slowed Iowa’s recent slide. The San Antonio Rampage swept the Wild in back-to-back games at AT&T Center. Another loss at Texas ended their weekend. The Central Division is extremely competitive as always, and several division rivals are rounding into midseason form. Since an 11-4-1-0 start that had them rolling by mid-November, they have lost 14 of their past 24 games (10-8-3-3). That kind of pace will not be nearly good enough in the Central Division. They stay at home this week when Ontario visits for two games starting Friday. Starting next week, the Wild face 16 of their next 23 games on the road, including three trips to California.
Last Week: #5 – (▼-5) 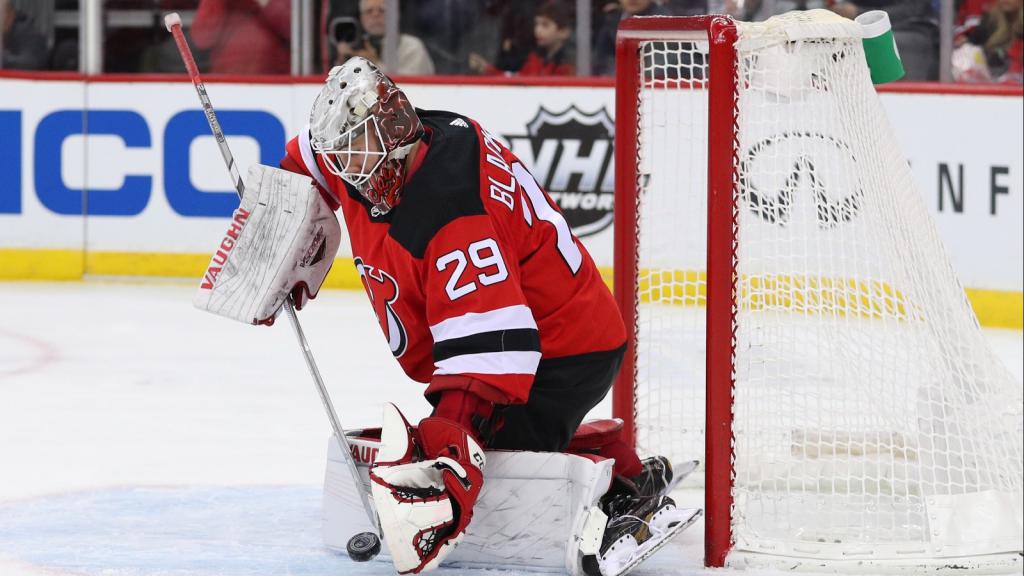 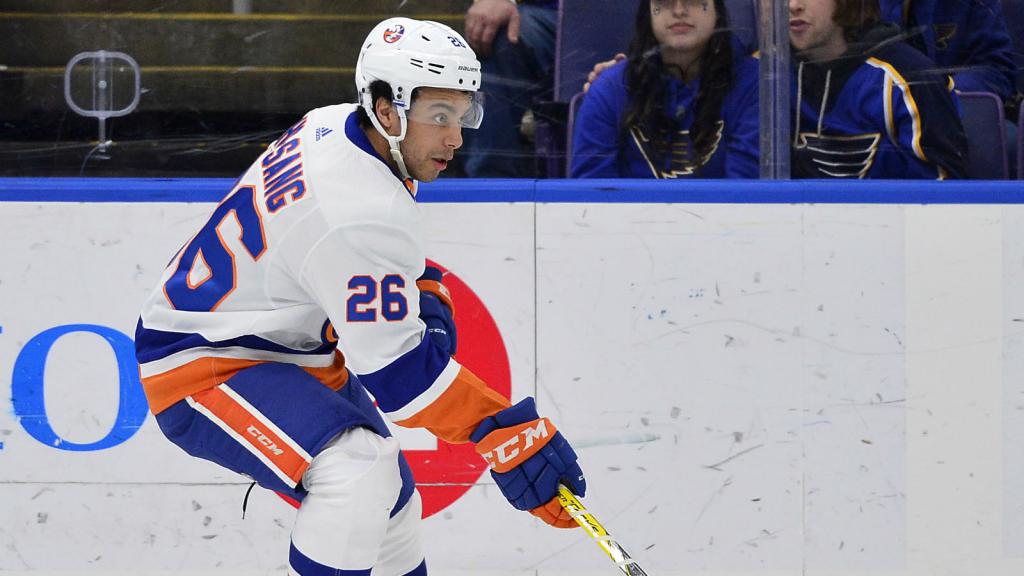