Dach, fourth overall in Future Considerations’ Winter ranking for the 2019 NHL Draft, has more than rebounded from a difficult holiday season that saw the 17-year-old hit his first major speed bump in an otherwise dazzling draft season in the Western Hockey League.

“I had a good start and had a good couple months,” said Dach, selected second overall in the 2016 WHL Bantam Draft. “I hit a rocky patch in the middle of December, but it felt like I was playing the right way and doing the right things. The pucks just weren’t going in and I wasn’t getting the bounces. I found my way back to that.

“Pucks are going in now. You keep going forward.”

They weren’t, for a moment.

Dach, who started his season with seven points (two goals, five assists) en route to helping Canada to gold at the Hlinka Gretzky Cup in August, had just one point, an assist, from Nov. 28-Dec. 28 — a span of 11 games.

Uncharacteristically quiet for one of the draft’s top prospects.

Expectedly, he’s since back to regular form.

Dach, who had 41 points (14 goals, 27 assists) in 26 games to start the season, has six points (three goals, three assists) in his past four games.

“Towards Christmas, you look for the mental break from the game. That was much needed. I got back in the swing of things and things have been good so far.”

“He’s our best player and he’s 17, and we have a pretty good team,” Priestner said. “He doesn’t take that lightly and he expects to produce every night for his team and for himself. He had a tough stretch of games there, but ultimately he never cheated on the ice.

“He never started skipping out on his defensive duties or anything like that. He just had some tough nights offensively and things weren’t going for him and his line. I think he took that much needed break at Christmas.

“He plays against 19 and 20-year-old centermen every single night. He gets more abuse after the whistle than any player on our team. He’s constantly the target of everybody, and usually by their older players and tougher players. There was just a bit of fatigue wearing on him a bit mentally and physically.

“I think he’s come back from the break refreshed and on his game.”

The maturity in his approach is nothing new, though.

Dach, who led all WHL rookies in assists with 39 last season, has always been beyond his years.

“He’s very mature, very professional in his approach to the game,” Priestner said. “He’s professional in his approach to just coming to the rink every day. He’s a humble person. He’s confident in himself, but he doesn’t exude any cockiness. It’s a quiet confidence he has. He’s just a very good person. You won’t find anyone in the rink, from the rink attendants to staff to coaches, that don’t like him. He’s a very good person. I think he’s just very focused and serious about his craft.”

Not too focused, though. Dach wasn’t worried about his draft stock when goals dried up. The Fort Saskatchewan, AB native didn’t concern himself with outside noise.

Instead, his highs and lows were driven by competitiveness.

“I think it’s amplified whenever you’re a competitive person and you want to do your best all the time,” Dach said. “It’s a little bit more to it with your draft year. You have to worry about that stuff. At the same time you can’t worry about it.

“You have to focus on yourself and your game and just try to improve every day.”

It’s an inherited approach, he admitted.

The same one he used to bust his slump.

“My family has always kept me even keel and low to the ground,” Dach said. “That’s the way my mom and dad raised me. I lean on them when things are going right or wrong. I’m always talking to them about how I can improve as a person and as a player. My coaches have done a good job of challenging me every day this year, to try to get better and improve myself.

“I’ve got a good support staff at home and a good coaching staff to help me along the way.”

You may also be interested in: Why you should watch the CHL/NHL Top Prospects Game This article is about:
Features NHL Entry Draft 2019 NHL Prospect Report NHL Prospects Saskatoon Blades WHL Kirby Dach
Scoring Leaders 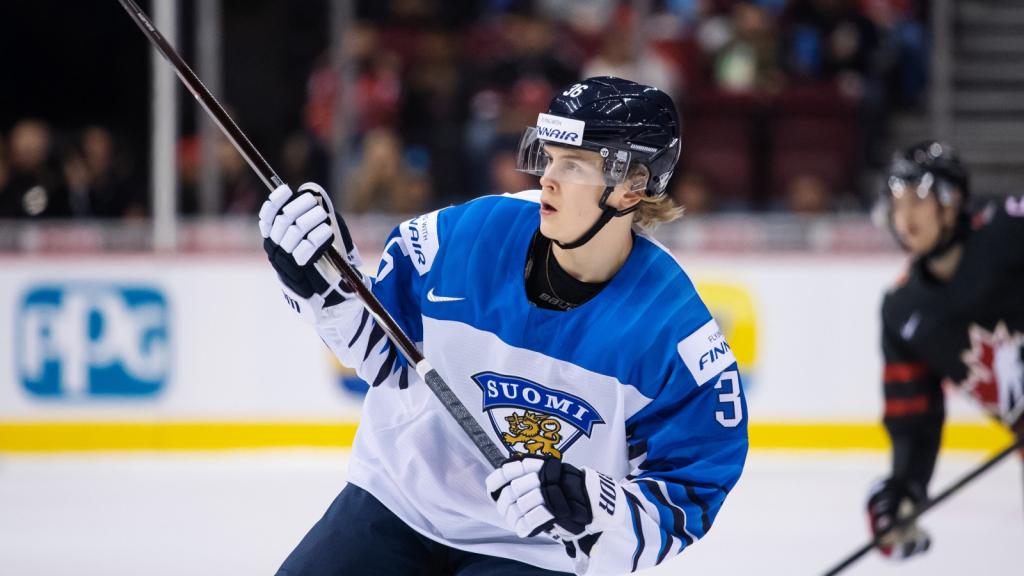 Next article Not Just Kakko: An Introduction to Finland’s 2019 Draft Class