With a new room in the basement.

And a new way to pass the time.

It’s all added up for Ottawa 67s forward Graeme Clarke.

“We moved into this new house and then my dad, he bought a golf net,” recalled Clarke, who figures he was eight or nine-years-old at the time of the move. “He put some plastic tile down and we just shot in the golf net.

“We didn’t have a hockey net. We had some targets in the golf net and ripped pucks there for hours.”

It’s worked to this point for the right-shot right winger, who holds one of the most lethal shots in the 2019 NHL Draft class.

The 5-foot-11, 175-pound Clarke, who was the sixth overall pick in the 2017 OHL Priority Selection, had 14 goals in 63 games as a freshman forward with Ottawa last season to show for the hours put in honing his craft.

He’s since added 15 goals in 32 games this season to further highlight the skill.

The element is easily the most notable part of his game.

“His shooting ability…he can shoot the puck like not many guys can,” 67s coach Andre Tourigny said. “He has good skills, good hands.

“But his release and ability to find a spot when he shoots is second to none.”

The release has attracted plenty of attention.

Clarke, who had two goals and three points in five games in helping Canada to gold at the Hlinka Gretzky Cup in August, is slotted 56th amongst North American skaters in NHL Central Scouting’s Midterm Rankings announced Monday.

He’s been long on the radar before Central Scouting’s release, though.

National Hockey League teams have been checking in on Clarke, and that release.

“I was in the OHL draft year. That prepares you a little bit but nothing like this year. It’s definitely different. You try to stay away from the rankings and not look at that and just play your game.

“That’s the only thing you can really do…control what you can control. That’s it.“I think it’s actually exciting when a team wants to talk to you. It’s another step in the road to getting to where you want to be in your career and life. That’s my goal, obviously, to play in the NHL.

“To go through this process is cool.”

But the whole process can be overwhelming, too.

It helps that the soft-spoken 17-year-old does most of his talking on the ice.

“But he pays attention and he is really passionate. He spends hours on the ice. He’s the kind of kid that when we have a day off he’ll take his skates and do power skating or skills or something like that. He does a lot extra to get better. His shooting and hand-eye coordination is really good.

Really good kid, with a developing skill-set to compliment his shot.

Clarke grabbed the spotlight at the CHL/NHL Top Prospects Game in Red Deer, AB on Wednesday, and not by unloading, uncorking or unleashing his best asset.

Instead, Clarke cut through the slot and around Vancouver Giants defenseman Bowen Byram, before sliding in a forehand deke past Medicine Hat Tigers goalie Mads Sogaard early in the second period.

No big shot to beat the tender.

A big move, though, to tickle the twine.

That’s not all he’s been working on, either.

“Graeme a year ago was a guy who was pretty much active when he only had the puck,” Tourigny said. “Graeme was often puck-focused. Now he’s way better at finding the open spots as well defensively to defend.

He’s adding to his arsenal.

But make no mistake.

“I’m definitely a shooter,” described Clarke, who also assisted on the game-winner to help Team Orr skate off to a 5-4 win in the prospects showcase. “I like to make plays out there. Exciting player.”

His shot, unquestionably, is his most exciting asset.

And his game comes back, fittingly, to where it started.

And where it was developed.

“It all leads back to that room,” Clarke admitted. 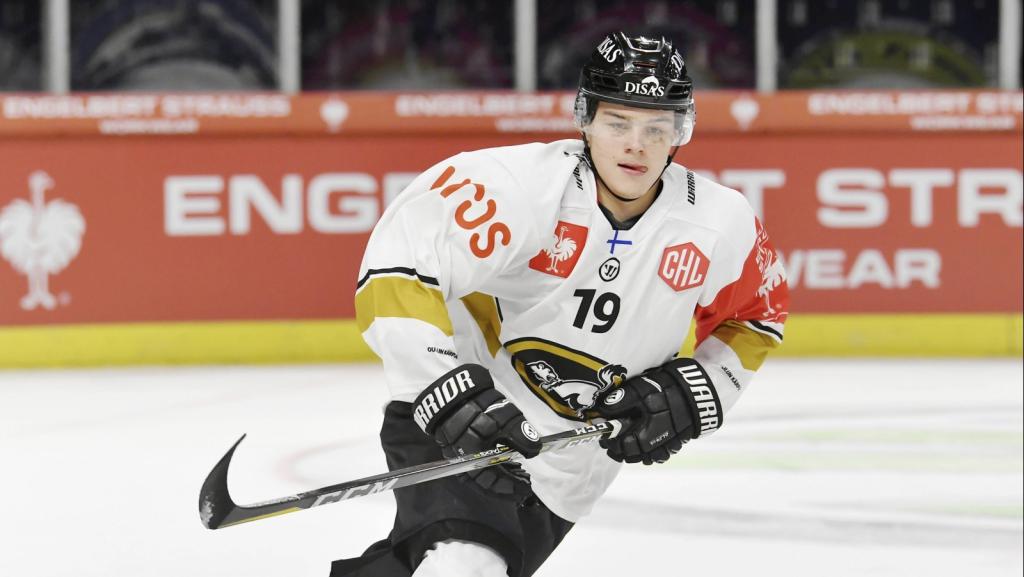 Next article Kings prospect Kupari shaping his game for NHL