Draft stock up for healthy Turcotte: “It’s such a big year in your life”

Alex Turcotte has had plenty of time to think about it.

Sidelined for a good portion of the season because of a hip injury, the 17-year-old National Team Development Program standout has had more than a few hours to reflect on the most important year of his hockey career to date.

It might’ve been for the best, too.

“I mean, it’s obviously on your mind,” Turcotte said. “It’s such a big year in your life.

“This is definitely the biggest year of my life. You definitely think about it, but honestly, in a sense, my injury at the start of the year helped me where I don’t really think about it too much. I’m just trying to go out there and do my best, play my best, and have fun. I’m not really paying attention to it as much as I think other people are.

“I couldn’t really worry about it because there was nothing I could control.”

Especially when sidelined for 22 games.

“It was definitely hard being away and not playing hockey,” said Turcotte, a University of Wisconsin commit. “It was hard. I love hockey. Not being able to play was really a tough pill to swallow. I’ve never had something like that happen to me before.

“Missing all that time…it’s the first time I’ve gone through something like that. It was new to me. I just missed being around the guys all the time and playing with them every night. That’s probably the biggest thing I missed.”

Or out of mind.

Easy, when one isn’t really focused on the draft.

“I’m sure people probably forgot about me or whatever, since I was hurt,” said Turcotte, who fashions to be among the first dozen picks off the board in June. “That wouldn’t surprise me. I wasn’t playing. I think that’s kind of normal. There’s so many guys that are probably having great years, so I think it’s easy to forget.

“But I wasn’t really thinking about that too much.

“I was just trying to get back playing because I was really missing it.”

One that speaks to his maturity, said NTDP head coach John Wroblewski.

“He did stay very positive throughout the process,” Wroblewski said. “As fiery as Alex is as a player and as young man, to see him deal with it in a mature fashion…I think It says a lot about his maturity and his ability to have that professional mindset that there’s going to be setbacks in your career and just plod along as things progress.”

But one, Wroblewski suggested, is a benefit to Turcotte.

And his draft stock.

“If anything, the injury, because it has no effect on his long-term career, to me it only bolsters his slot in the draft,” Wroblewski said.

“For a guy to miss that time and step into a Division 1 schedule…he stepped right into a game against Michigan State and was one of the best players on the ice his first game back, and then he follows it up the next afternoon and he never broke stride. He comes back from Christmas break and he just lights the game on fire.

“If I’m a scout watching that, I’m drooling because for a player to be able to step in after missing a significant amount of time and impact the games like he has, I think it just says so much about what his ceiling is actually going to be.”

That ceiling is high, if his play since returning is any indication.

Turcotte’s been everything, and more, for Wroblewski’s crew.

“He’s so well-rounded,” the coach said.

“If you wanted to scale everyone on a five, he’s right there at four-and-a-half or five stars in every category. He can shoot pucks, skate, he’s competitive…the intangibles are there, the athleticism is there.

“The kid, he’s an absolute coaches dream because he can scale up and down a lineup. When his number gets called and it’s time for him to play in his first National Hockey League game, he can play on the third or fourth line, and if things go like I anticipate them going, he’s a first, second-line guy in the NHL all day.

“He’s got that ability to gain so much trust. He’s so dependable from a coach’s standpoint. His versatility and dependability might be the best in the class in that regard.”

Turcotte, who won gold at the 2017 World Under-17 Challenge and silver at the 2018 World Under-18 Championship, insists he isn’t trying to make up for lost time.

And Turcotte has returned to the forefront of the 2019 class.

Whether he realizes it or not.

“I’m just trying to be myself out there,” he said.

“I’m not really thinking about any of the extra noise. I’m just trying to play the best I can and just have fun, most importantly, and enjoy it. Being injured, it definitely made me realized how lucky I was to be playing all the time. It’s something I learned.

“I’m trying to take advantage of it and make the most of the situation.”

You may also be interested in: Goalie prospect Saville logging heavy miles on his way to the NHL draft This article is about:
Features NCAA NHL Entry Draft 2019 USNTDP Juniors NCAA USHL Alex Turcotte
Scoring Leaders 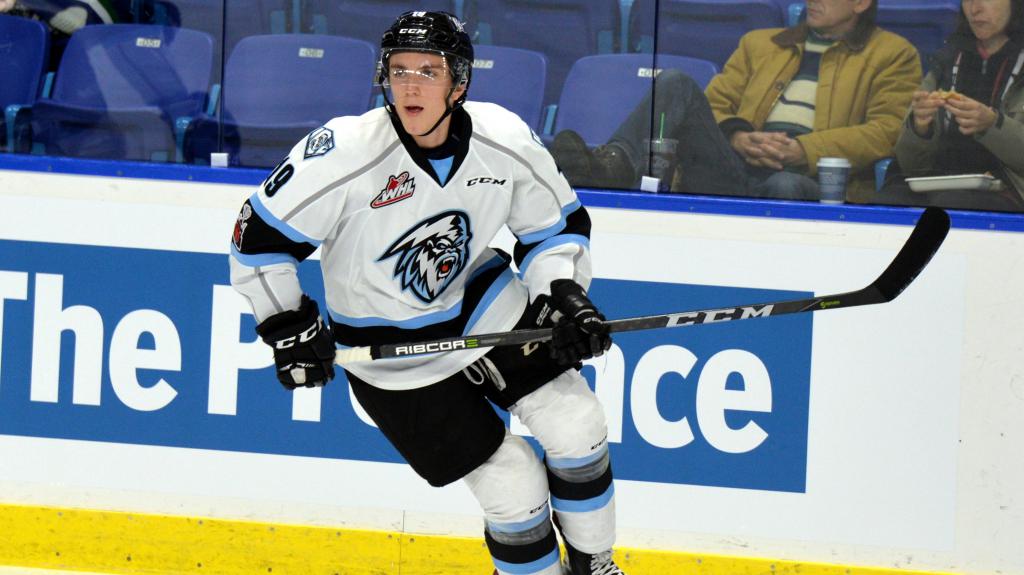 Next article THE PIPELINE SHOW: “Krebs reminds me of Nugent-Hopkins”