Just he, and just a dozen others to pass through the Ontario Hockey League.

But for Kaliyev, a hotly debated member of the 2019 NHL Draft class, he’s just going about his business.

“I expected to come in and try to be the main guy here.

“It’s really good to do this in your draft year.”

No Major Junior player has produced more goals in his draft season this year than Kaliyev, the 6-foot-2, 190-pound winger from Staten Island, NY.

Scoring, understandably, is his bread and butter. Fifty-one goals can attest.

So too can Hamilton general manager Steve Staios.

“To be quite honest and with all due respect to our group…we had a championship-winning team last year and as the cycle turns in junior hockey, we have a younger team to play with this year,” said Staios, who played 16 seasons and 1,001 games in the National Hockey League. “He’s been able to do that with, obviously good players here, but certainly a younger group supporting him.

“For him, it’s an incredible feat. He’s a focused guy. He’s a hockey player through-and-through. I know goal scorers like to have numbers. I’m not sure he set a goal to get to that number.

“But it’s pretty incredible when you see the list of names with that accomplishment.”

Current NHLers Steven Stamkos of the Tampa Bay Lightning, Alex DeBrincat of the Chicago Blackhawks, and Jeff Skinner of the Buffalo Sabres are in the club. So too is Eric Lindros, Mike Ricci, David Legwand, Owen Nolan, Todd Harvey, Chris Gratton, Dan Quinn and Tony Tanti.

“We get to see him every day,” Staios said.

“I recall when we were initially scouting Arthur, I was at a game where he scored there goals and realized every goal was scored in a different manner.”

Finding the back of the net is his forte.

So much so, Staios insisted, that it pulls attention away from other facets that Kaliyev — the No. 26 pick in the 2017 OHL Priority Selection — possesses.

But there’s more to the enigmatic forward.

“You get so enamored by how well he shoots the puck and how hard it is and how accurate it is, that you start to forget about all the other intangibles he brings,” Staios said. “He’s come a long way this season. For us, as we get through the season, Arthur moved to a penalty-killing role and showed his ability to read plays and have a good stick and take good angles and anticipate plays.

“He’s been an all-round player for us.

“I think that all gets lost with his ability to score, because certainly that’s the toughest thing to do and he’s very good at it.”

Kaliyev’s game has been polarizing, though.

As a result, his draft ranking runs the spectrum.

Others have him outside the first round altogether.

“There’s two things that come up quite often,” started Staios.

“When they talk about things that he needs to work on are his skating and compete level. I would vehemently argue against.

“He competes with intelligence. He’s not always chasing the play. My argument is he manages so well, his hockey IQ is off the charts and he has the puck more often.

“As far as skating, it could be an optical illusion to some people. We’ve seen that there’s really no deficiency in his skating. It continues to get better as the year’s gone on. From a physical maturity standpoint, what’s most intriguing for me if I was at the NHL level looking at this player is he’s still developing physically.

“I think Arthur has a long way to go that way.”

The physical side is coming for Kaliyev.

The mental side is already there.

He hasn’t been fazed by any, and all, attention coming to him as he navigates his way towards the NHL Draft.

“One thing that has been totally impressive is he hasn’t missed a beat. The pressure hasn’t gotten to him. He’s even embraced it to a point where it’s actually fueled him. When you start to look at it from a scouting perspective or NHL Draft perspective, I don’t think Arthur will have any difficulty with pressure or expectations or some of these things that can be debilitating to young prospects.

“This type of situation fuels a guy like Arthur.”

It’s his next goal, after all.

“I think I’m trying to go in the first round, yeah,” said Kaliyev, who scored 31 goals as a rookie with Hamilton last season. “I think you have a much higher chance of playing (in the NHL) faster.

“It’s pretty crazy. Whoever picks me will want me the most. 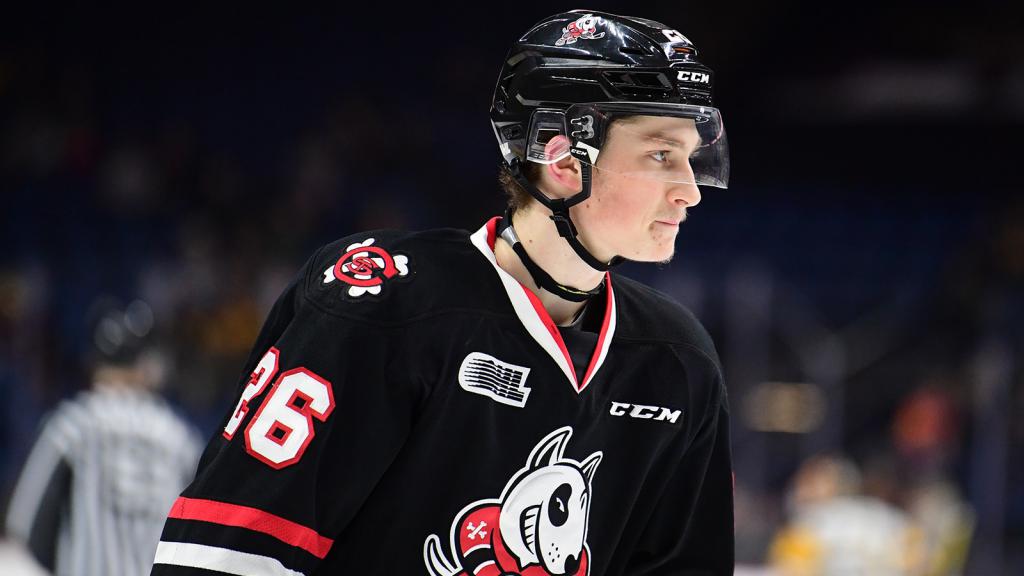