Harley turning heads in Mississauga – “I think he’s been underrated”

Thomas Harley is trying his best to put on the blinders.

But, as one of the most intriguing blueliners in the 2019 NHL Draft class, that isn’t always easy.

He’s a hot commodity, after all.

“You just kind of block out all the noise,” said Harley, a fast-rising, silky-smooth rearguard of the Mississauga Steelheads.

“When you’re in the meetings you just be yourself. They want to get to know you, see if they want to draft you. All the rankings on Twitter or wherever, you just ignore. None of that is actually what the NHL teams think, I guess.

“That’s all that matters really.”

And the methodology has left Harley, himself, making quite the racket.

The 17-year-old, who has 51 points (10 goals, 41 assists) in 59 games as a sophomore in the Ontario Hockey League, has left plenty turning heads with his play.

It’s what has him highly sought-after.

“He makes plays that I don’t want other defensemen to try to make, and he makes them look so easy,” said James Richmond, Mississauga’s head coach and general manager.

“That’s what pro players do. When you’re on the ice with pros, they make crisp, hard passes through seams that most players don’t see. Thomas sees those seams. One of the things you hear always about defensemen when they want to play on your team, one of the first things they tell a coach or GM is that they make a good first pass. Everybody knows that’s what coaches want to hear, so that’s what every young player tells a coach. ‘I make a good first pass.’

“Thomas makes a really, really difficult pass look simple. He thinks the game ahead of most people.”

It hasn’t always necessarily been the case with Harley, though.

He’s just now finding his footing after being thrust into a more prominent position on the Steelheads’ blue line following the graduation of defensemen Nic Hague and Jacob Moverare.

“This is definitely something that has been gradual,” Harley said.

“Last year, I could do all this but I didn’t have the confidence to go out and make the plays. Last year I just kind of got (the puck) and got it out and that was my job. This year now it’s holding onto it, making the extra play, finding the open guy back door, shooting the puck more.

“In the summer I was working out and skating and that really helped, and this year I came in and I was the guy on defense. They were all looking at me to create some offense so I just stepped into that role and it’s worked out okay.”

Not all the work has come on the ice.

Harley’s put the effort in off it, too.

“With Thomas, he’s a highly intelligent guy so when we’re doing video with him he has more questions than most junior players,” Richmond said.

“When a player has questions like that you better have the right answers. I think as we watched him gain experience and him get more comfortable within the OHL game, the junior game, he was just a real steady progression. He’s still working on it. He’s still going to continue to work on it with whatever NHL team takes him. I think with him, really the sky is the limit.

“As long as he wants to continue to develop his game, the sky’s the limit for him.”

Harley’s trajectory has shown that.

He was listed as a ‘B’ skater, indicating a potential second-to-third round pick, in NHL Central Scouting’s preliminary players to watch list in early October.

Whatever the case, Harley has stepped out of the shadows.

“I thought I should be there,” said Harley, now No. 9 among North American skaters in Central Scouting’s midterm ranking. “I didn’t get invited so I took it as motivation, worked hard to show them how wrong they were about me and just put a chip on my shoulder.

“I knew how good I was. It was frustrating to not have people recognize you for how good you are, I guess. It’s just motivation. It’s just ‘I’m going to prove these guys wrong…I’m going to be better than that guy or that guy,’ especially when you play against them. A couple of the guys that played for the Hlinka team are from the O.

“You just compete a little harder against them to show you can compete with them.”

Now he’s the top-ranked OHL-based defenseman for the draft.

And now, Harley trails just Bowen Byram of the Vancouver Giants in the Western Hockey League as the top rearguard in Canada.

“I think he’s been underrated,” Richmond admitted. “He wasn’t invited to the Team Canada camp, different camps like that last summer.

“But there’s maybe been one or two games this year where you’ve seen him start to think about it too much, but really he’s kept a good head about himself and he understands if he does what we’re asking him to do and he knows he can do, then he’s going to be fine come June at the draft.

“I think he’s handled it as well as anyone I’ve seen come through here, and we’ve had some high-end guys picked. Really he can’t do anything else other than do what he does on the ice, and he’s been doing it very well for us.”

All while trying to block out the noise of the 2019 draft.

“It’s really cool,” Harley said. “Now I’m just focused on getting in the playoffs and having a good run.

“But it’s always in the back of your head just sitting there.” 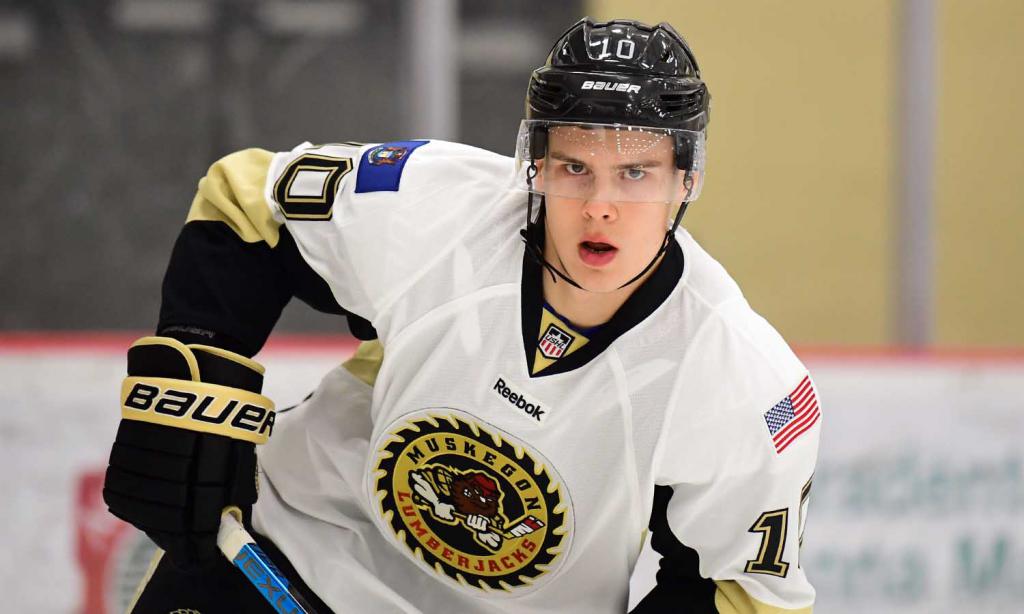 Next article THE PIPELINE SHOW: Draft spotlight and the “Q” scoring title race