skip-main
Forward Bobby Brink is one of the most interesting players in the USHL.
PHOTO: Dan Hickling/Hickling Images.
NHL Entry Draft 2019

It was about a month into the season. Up until that point, Bobby Brink was just an intriguing mid-to-late round option more so than a first-round candidate. Then everything changed.

Brink — at the time, an unheralded former High School player in his USHL rookie campaign — ripped around the perimeter of the offensive zone with his skates connected from heel-to-heel. As he rounded the net, Brink pivoted to square up to the goalie. It looked like a shot was coming.

Instead, Brink whipped the puck through three sets of skates, right onto the tape of a teammate standing next to the net. It resulted in a tap-in goal

Brink started making serious noise at that point. He led the USHL in points-per-game for much of the season, finishing with a league-leading 1.58. Since 2005-06, only Taylor Cammarata scored at a comparable rate among under-18 players. Jaden Schwartz, Kyle Connor, Johnny Gaudreau, and Brock Boeser — the next tier of top-scorers, hardly compare to Brink’s 1.58 clip.

What made that pass from earlier so intriguing wasn’t necessarily the pass itself. Sure, being able to send the puck through traffic with such precision is a high-end skill. But it was the pace with which Brink executed it that made the play special.

Pace is the name of Brink’s game. He does everything in stride, with speed. Unexpectedly, skating’s also the biggest issue in Brink’s game, even more than his 5-foot-8 stature.

It’s at the point where one can’t mention Brink without a chorus of concerns about his skating drowning it out. While I think such an assertion underestimates his ability, there is no denying Brink’s skating mechanics are awkward. His stride sticks out for being both too rigid and too clumsy at the same time. His footwork and posture are inconsistent, often changing between strides. His lack of knee bend and inconsistent stride recovery result in wasted power. To illustrate these mechanics, here’s a short video:

Brink’s game can be both based around pace and have notable mechanical issues — they’re not mutually exclusive. Because, for all his flaws in open ice, his edge work gives him separation in tight. Look at this goal, for example. Those are fun handles, but did you see that cut?

It’s that agility, combined with the one-step-ahead offensive feel and constant movement, that make Brink one of the draft’s most diverse, and paciest, scorers. He zips through traffic, pin-balling off of defenders as he drives the net and sets up teammates. The only discernible trend in his scoring is that he strides into just about every shot or pass.

There’s danger in that level of diversity. It allows the same player to end games with step-in one-time bombs far side:

And then set up a pass tap-in from the same picking up a pass in the same spot:

In both sequences, Brink starts moving before he receives the puck. For the shot, it increases his power and decreases the distance to the net. For the pass, it facilitates that smooth transition from pass reception into the pass. In both cases, the defenders just can’t read the play fast enough because Brink’s making the play in stride.

Pace alone doesn’t make an elite scorer. Brink adds layers on top of his pace, which just brings his game to a different level compared to other top USHL scorers. One of Brink’s favourite plays, especially on the powerplay, is skating down the wing, then faking a shot. Just as the defender and goaltender adjust to the shot, he whips a bullet cross-slot to an open team. It’s a deceptive play.

In transition, Brink’s a fascinating case. He’s a capable stickhandler, but not always flashy. His relatively average speed causes Brink to set up many rushes along the boards, rather than the middle, which means he can be easy to defend at times. However, just as defenders close in, more often than not, he finds ways to slip through.

Just about every defensive zone touch Brink makes is for the sole purpose of turning the puck up the ice. There are few back-and-forths or reversals in Brink’s game. That mindset is visible in this goal, one that Brink scored a few times this season. He strides through a pass in the defensive zone, while one-touching the puck to open space ahead of him. This combination allows Brink to accelerate while receiving the pass.

Brink sends a cross-ice pass in the neutral zone (I’m a big fan of the “early” transition pass — it gives the recipient more options, forces the opposition to adjust., etc). His teammate loads up a slapshot as Brink turns the corner on a terrible skating defender to crash the net.

Speaking of crashing the net, Brink loves to rush the goal for scoring opportunities. Brink isn’t a stand-around-the-goal-and-whack-away type. Instead, he makes timed movements into the slot — with, you guessed it, pace.

If given open ice, Brink can make teams pay. He’s clinical on breakaways, and he consistently finds ways to find the quiet ice in otherwise tricky situations. Here, he turns to face the pass while skating towards the net—that’s great awareness. Then, he strides out of the spin to get a bit of separation and scores with a silky-smooth backhand-forehand move.

In the last two clips, we see one of Brink’s most important traits: He’s always facing the play. He doesn’t assume where the puck’s going to be. Yes, his offensive feel is well above most at this level, but a large part of his success simply comes from observing his environment. Brink’s edges and four-direction mobility are integral to this. They allow him to skate backwards to track the puck and get open. Then, those skills allow him to make a clean pivot to skate forwards again without losing speed.

Sometimes, I felt Brink wasn’t particularly effective as a shooter at 5-on-5, but he did lead the USHL with 5-on-5 goals per game with 0.51. However, I do maintain that he projects more as a playmaker at the next level.

The sheer quantity of ways Brink can set up his teammates is staggering. Cross-slot pass, pass from behind the net, two-line stretch pass; you name a high-skill pass, Brink can make it. He’s among the best in the draft class at passing while pressured, hitting targets through skates and sticks.

However, it comes with a trade-off. Brink’s a high-volume passer, often throwing passes that really have no chance of getting through, resulting in a wasted possession. It’s not limited the offensive zone; he frequently misses targets in the defensive zone as he’s locked into getting the puck out as quickly as possible.

Brink isn’t just an offensive player. He’s one of the better penalty killers in the draft class. The opposition sees Brink chugging along and thinks there’s no way he’s catching up. Then, Brink anticipates exactly how the power play’s going to set up and steals the puck. And he does this all the time.

Despite looking off-balance from his skating mechanics, Brink’s quite sturdy along the boards. He’s quick and strong on his skates, allow him to part-power and part-squeak his way through checks. When knocked down, he’s skilled enough to make maintain possession while gathering his feet. And he just never stops. He’s relentless.

The central question I ask myself regarding Brink is, “how does one project his skating ability?” Personally, I project it as roughly NHL average after accounting for below-average mechanics and above-average small-area quickness and edges. However, it really depends on what element of skating the evaluator emphasizes in today’s NHL. Weighting open-ice skating mechanics and speed heavier than small-area quickness is likely leading to many of the “can’t skate” labels. I understand where those evaluators are coming from.

Although, I do wonder how much of an issue an awkward stride really is for skaters. Poor skating mechanics generally come with increased energy expenditure per stride. One reason why evaluators put so much emphasis in skating mechanics is that efficient strides are so important for maintaining pace throughout physically demanding NHL shifts. Another reason is that it’s rare for players to overhaul their skating mechanics at this stage. Mechanics are habits developed through basically a lifetime. Habits are hard to break.

Accounting for the general lack of change in fundamental mechanics, I remain positive that Brink has room to improve. He can improve within the confines of his awkward skating technique. Getting stronger could improve the shaky ankles, allow him to achieve deeper knee bend, and generate a bit more power. He can also clean up some of the smaller elements, like landing on both edges, rather than just the inside edge, while building power.

That stride still won’t be beautiful, but given his skill set, I have a hard time not seeing Brink do some damage in the NHL. He’s too deft as a playmaker, clever as a finisher, and relentless as a worker. He brings defensive value. He brings heaps of layers in addition to the pacey game, including deception and timed-slot cuts.

Brink’s a borderline high-end prospect. If I’m picking players at the draft — and thankfully, I’m not– and Brink’s available outside no. 15, I’m sprinting up to the podium. 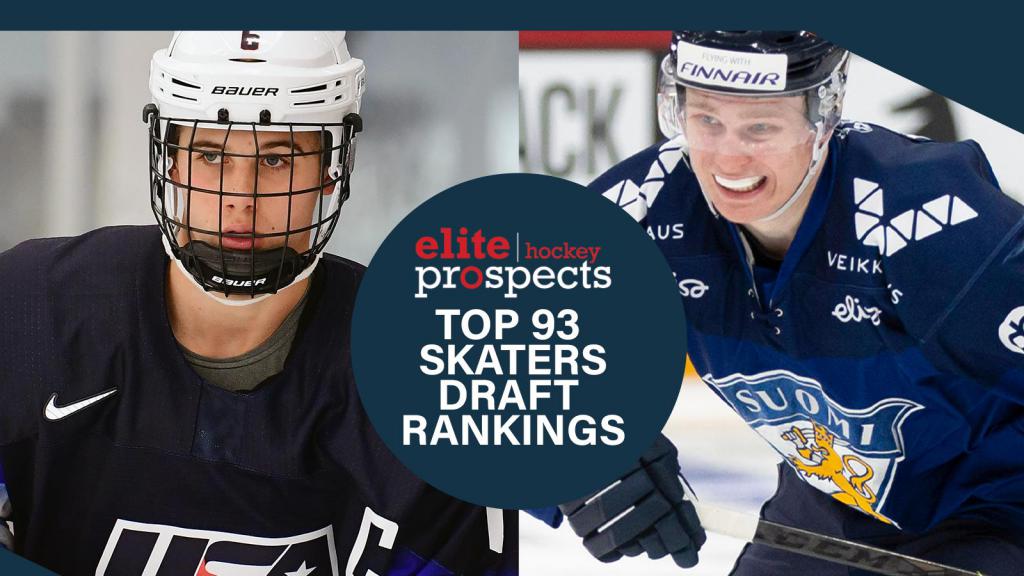