The IIHF World Junior Championship wraps up this weekend with a wide variety of returns for AHL prospects going into the semi-final round.

Russia and Sweden will meet in the Czech city of Ostrava on Saturday, with Canada-Finland rounding out the day’s schedule. The gold-medal game and bronze-medal games are set for Sunday, also in Ostrava. Germany-Kazakhstan will fight to avoid relegation and to maintain a spot in next season’s event to be hosted by Canada.

Sweden features a pair of AHL defencemen. Toronto Marlies standout Rasmus Sandin has posted five assists in five games, tied for second among WJC blueliners, and this weekend will be another opportunity to amass further big-game experience. At only 19 years old, he already has played into the third round of the Calder Cup Playoffs in addition to his WJC tenure. He went to the Toronto Maple Leafs 29th overall in 2018 and has divided this season between the Leafs and the Marlies (2-10-12 in 19 games). Tobias Björnfot of the Ontario Reign, another NHL first-rounder working his way through the AHL, has also dressed five games for Sweden. The 18-year-old was selected 22nd in the 2019 NHL Draft by the Los Angeles Kings, who have mainly stationed him with Ontario (2-7-9 in 23 games).

Grand Rapids Griffins rookie Moritz Seider continues to chew up heavy minutes for Germany; his 25:38 time-on-ice average leads the tournament, and his five assists in five outings also have him in that tie with Sandin for points among WJC defencemen. The sixth pick in the 2019 NHL Draft by the Detroit Red Wings, this tournament has been another successful line on Seiders’ 2019-20 resume as an 18-year-old. He also is 1-11-12 in 28 games for the Griffins and will be counted on heavily when he returns to the AHL to help turn around the team’s season.

However, a pair of AHL rookies handled their offensive responsibilities sufficiently but ran afoul of the IIHF for on-ice transgressions. Two more AHL forwards had their tournament halted by injury.

In the Finland-USA quarterfinal game on Thursday, Bridgeport Sound Tigers rookie forward Oliver Wahlstrom’s tournament ended three seconds early with a check to the head of Finland’s Ville Petman. That landed Wahlstrom with 25 penalty minutes as Finland eliminated the US, 1-0. Before that ending, Wahlstrom had put together a successful tournament, going 1-4-5 in five games. The 19-year-old, taken 11th in the 2018 NHL Draft by the New York Islanders, will return to Bridgeport and attempt to help the Sound Tigers climb back into the Atlantic Division race. Going into a 3-in-3 road weekend that starts at the Binghamton Devils, they sit eight points below the playoff line. When Wahlstrom arrives back in North America, the Sound Tigers will have another 3-in-3 weekend starting January 10th. He is 3-6-9 in 20 appearances for Bridgeport.

Another AHL forward, Joe Veleno of the Grand Rapids, also got into disciplinary trouble. The IIHF nailed the 19-year-old with a one-game suspension for a head-butt on Russian defenceman Danil Misyul on December 28th at the end of a 6-0 loss. Veleno still has managed 1-4-5 in his four games, however. Playing a team-leading 18:41 per-game average, the tournament has allowed Veleno to rediscover his offensive touch after a challenging introduction to the AHL with 3-6-9 in 26 games. He went 30th in the 2018 NHL Draft to the Red Wings and had a 104-point campaign in the QMJHL last season.

Two other AHLers had very limited stints at the tournament. Ontario’s Rasmus Kupari sustained a knee injury in Finland’s tournament opener against Sweden. Kupari, selected by the Kings 20th overall in 2018, cut through the neutral zone but was stood up at the Swedish blue line by defenceman Philip Broberg and landed awkwardly. That ended his tournament and could keep him out of the Ontario line-up for an extended time. He is 6-2-8 in 27 games with the Reign.

Providence Bruins forward Jakub Lauko’s difficult month continued as well in the Czechs’ opener against Russia. The 19-year-old collided awkwardly with Russian forward Dmitry Voronkov, ending his tournament. On December 7th, he had left on a stretcher in the first period of Providence’s home game against the Utica Comets following a play near the team benches. He was cleared for the WJC tournament after having gone 4-4-8 in 18 games with the P-Bruins. The Boston Bruins picked him up as a third-round choice in 2018.

The AHL honoured three players for their December performances.

Oskar Dansk of the Chicago Wolves continued to turn around his season – and the Wolves’ – with a stout effort to close the calendar year that won him the CCM/AHL Goaltender of the Month Award for the month. Dansk, 25, assembled a 7-0-0 | 1.57 | .943 in seven games with the Wolves, who had a 7-3-1-1 month. Last season’s Calder Cup finalist started with nine victories in the opening 24 games. Dansk allowed seven goals in his season debut and struggled well into November. The Wolves have moved into a playoff spot.

Bridgeport forward Kieffer Bellows won the CCM/AHL Player of the Month after kick-starting the Sound Tigers with 10 goals in 11 games. The Islanders chose him 19th overall in the 2016 NHL Draft and he is up to 13-3-16 in 33 games this season after a 12-goal rookie season. Bridgeport’s offence ranks 30th in the AHL at 2.29 goals per game.

Today, @TheAHL announced that @UticaComets defenceman Brogan Rafferty took home Rookie of the Month for the month of December. #Canucks

Utica defenceman Brogan Rafferty rounded out the group as the CCM/AHL Rookie of the Month. He had 3-13-16 in 13 games for the Comets and leads all AHL blueliners with 30 points (5-25-30) in 34 games. Those 25 assists also put him third among AHL defencemen, and he continues to emerge as a great find by the parent Vancouver Canucks. Rafferty, 24, signed with the Canucks as an NCAA free-agent after three seasons with Quinnipiac.

Two up-and-down teams have received a jolt to their line-ups with a trade.

The Anaheim Ducks and Tampa Bay Lightning acted this past Monday to shake up their AHL affiliates. Long-time AHL forward Chris Mueller went from the Syracuse Crunch to the San Diego Gulls for defenceman Pat Sieloff.

The 33-year-old Mueller has been a long-time AHL performer and will have his second stint with San Diego, where he played in 2015-16. He went 11-12-23 in 31 games with Syracuse after Tampa Bay signed him as a free-agent this past summer. Last season his 33 goals with the Marlies put him second in the AHL. Sieloff, 25, is joining his fourth organization after the Calgary Flames made him a second-round pick in 2012. He plays a chippy style and had one goal in 16 games for the Gulls. Last season he went to the Anaheim organization at the NHL Trade Deadline and split his season between the Belleville Senators and San Diego.

San Diego started the season 0-6 and had only 10 goals in that span. They have gone 12-7-2-1 since that start but have struggled to gain traction in the Pacific Division standings. They will host the Bakersfield Condors on Friday night seven points behind fourth-place Ontario, although they do have five games in hand on the Reign. San Diego has improved to ninth in the AHL with 3.25 goals per game, but Mueller will also be able to boost a power play that ranks 26th in the AHL.

Syracuse will try to stop a three-game losing streak this weekend. Two of those losses have come against Binghamton, the Eastern Conference last-place team, and sandwiched an 8-2 demolition by Belleville last weekend. The Crunch are 27th in the AHL at 3.42 goals-against per game and have battled a variety of defensive issues along with spotty goaltending. The schedule does not let up on them either. After hosting offensive power Toronto on Friday night, they have a long overnight trip to Laval for a date Saturday night with the Rocket.

In other trade news, Belleville forward Andrew Sturtz forward was part of the return for the Montreal Canadiens in a trade Thursday. Montreal shipped defenceman Mike Reilly to the Ottawa Senators for Sturtz and a 2021 fifth-round pick. The 25-year-old Sturtz has split his season between Belleville and Ottawa’s ECHL affiliate, the Brampton Beast. He played 14 games for Belleville and was 1-1-2 and also contributed 1-1-2 in four appearances with Brampton.

The head coach of the team with the top record in each division after play on December 31st qualifies for the invitation. Karl Taylor of the Central Division’s Milwaukee Admirals was the first to earn the honour, thanks to his league-leading Admirals storming through the AHL in the first half.

Hartford Wolf Pack rookie head coach Kris Knoblauch will coach the Atlantic Division. The parent New York Rangers hired him for the Hartford job in the offseason after he spent two seasons as a Philadelphia Flyers assistant coach. He has the Wolf Pack first in the Eastern Conference at 19-8-2-5. Chris Taylor of the Rochester Americans has his team one point behind Hartford for the conference lead. He spent two months as an assistant coach with the parent Buffalo Sabres in place of the ill Don Granato before returning to the Amerks last month. He will lead the North Division.

In charge of the Pacific Division entry will be Jay Varady of the Tucson Roadrunners, the second time in the past three seasons that the team has sent a head coach to the event. Mike Van Ryn represented Tucson at the 2018 event. Varady’s Roadrunners are second in the AHL in points (48) and point percentage (.774).

Ontario will host the two-day event on January 26-27, the first time that the AHL has staged the event on the West Coast.

The Hershey Bears have a 3-in-3 weekend ahead of them to build further on a run of 10 wins in 11 games. That run has pushed the Bears to third place in the Atlantic Division and to within four points of Hartford with a game in hand. The Bears visit the Wilkes-Barre/Scranton Penguins on Friday night before returning to Hershey for back-to-back games against the Sound Tigers. The Penguins ended Hershey’s nine-game winning streak last weekend. Last season Hershey sunk to last place in the Atlantic Division in mid-January before tearing through the second half on a .789 run that sent them into the postseason.

Binghamton’s three consecutive wins have the Devils in close pursuit of the Lehigh Valley Phantoms for a chance to climb out of last place in the Eastern Conference. Along with two wins against Syracuse, the Devils also shut out North Division-leading Rochester last weekend thanks to 32 saves from Louis Domingue. The Devils are one point behind the Phantoms, 29-28. Lehigh Valley has lost four consecutive games going into a grinding 3-in-3 weekend that starts at Laval on Friday and takes them down the 401 for stops at Belleville and Toronto.

Stockton Heat standout forward Matthew Phillips will be out on a “month-to-month” basis after fracturing his knee cap against the San Jose Barracuda last weekend. Phillips, 21, has emerged as a strong Calgary prospect after being a sixth-round pick in the 2016 NHL Draft. He had broken loose with 14-16-30 in 28 games for the Heat, one of the AHL’s most dynamic offences. Stockton is second in the Pacific Division.

The Heat are first in the AHL at 4.07 goals per game and will have plenty of offensive skill to carry them while Phillips is out. Assigned by Calgary last month, Austin Czarnik has exploded for 4-2-6 in his first four games after clearing waivers; in all he is 5-4-9 in seven outings for Stockton this season. Alan Quine had a 3-3-6 afternoon last weekend against San Jose in an 8-1 victory. Glenn Gawdin leads the Heat in scoring and is up to 11-22-33 in 30 games, and AHL veteran Buddy Robinson’s 14 goals tie him with Phillips for the team lead.

San Diego is without top defenceman Chris Wideman, who has been recalled to Anaheim. He is 8-11-19 in games for the Gulls with a team-leading four power-play strikes. 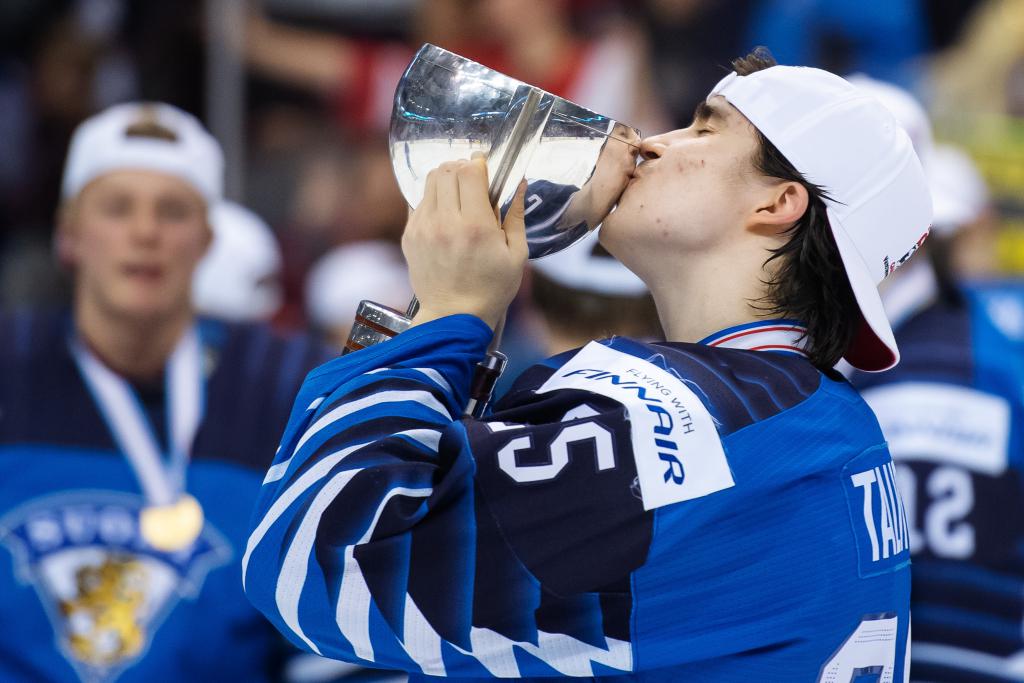 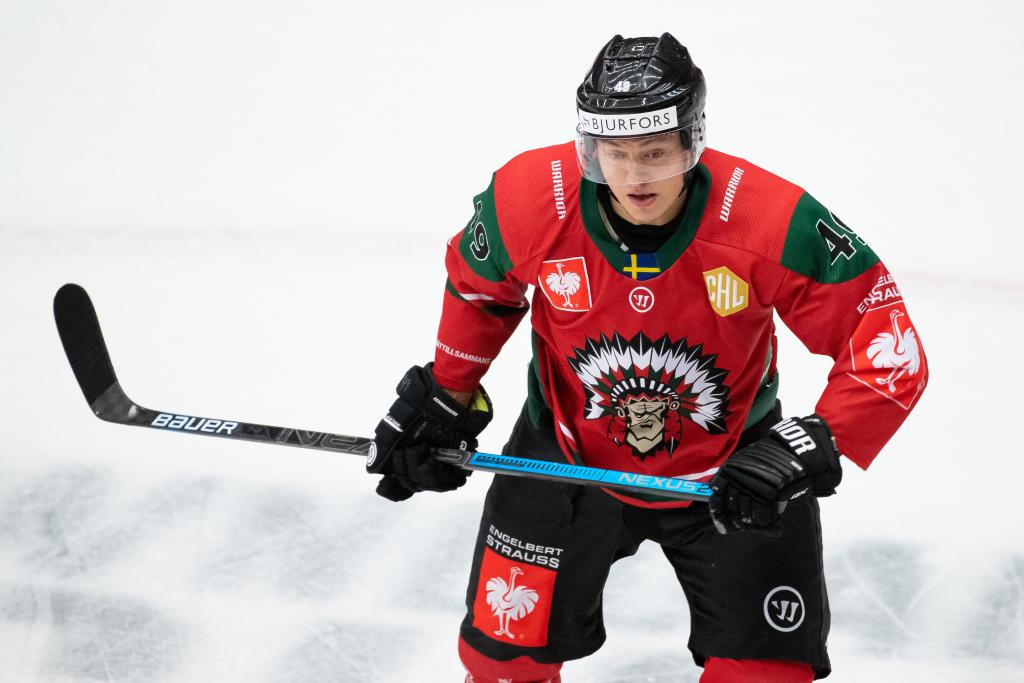