This week on The Pipeline Show we get to know a couple of players who are eligible for the 2020 NHL draft including one who will go in the first round. Plus, a deep dive into the BC division of the Western Hockey League and we catch up with a former Spokane Chiefs star now playing university hockey in Montreal.

In the Dub: Bill Wilms

The Kamloops Blazers have been the best team in the WHL’s B.C. Division since the preseason. The Prince George Cougars have been at the opposite end of the spectrum since day one. In between, you have the Memorial Cup host Kelowna Rockets, the underachieving Vancouver Giants and the surging Victoria Royals.

I called on Bill Wilms, an analyst on Vancouver Giants broadcasts, because I seemingly misjudged the abilities of the Giants and the Royals who are basically in reverse spots relative to what I expected. I wanted to know if I was the only one who got it so wrong.

We discussed the Blazers and why they’ve been so good and if anyone can touch them within the division. Are the Rockets Memorial Cup Contenders or just memorial Cup hosts? And what is the identity of the cellar-dwelling Cougars?

The numbers at college might not be what he’s used to putting up from his days in Okotoks but Wisconsin freshman Dylan Holloway is still considered to be one of the top players eligible in 2020. NHL Central Scouting pegged the forward 10th in North America earlier this week.

I spoke with Holloway after a workout session and the now 6-foot-1, 203-pound winger described his first few months as a Badger and how the team was getting ready for a rematch this weekend with Michigan State.

Holloway has been highly touted for years and has a wealth of experience representing Canada at various tournaments over the last four seasons. He didn’t crack Canada’s U20 roster this year but spoke about the experience of being invited to camp.

We also touched on the upcoming draft, his path to Wisconsin, choosing the NCAA over the WHL’s Everett Silvertips and much more.

Back for his senior year of high school, Blake Biondi is in the midst of a terrific season at Hermantown. Maybe ‘terrific’ is under-selling it as the Hawks’ captain is currently scoring at a three-point per game pace with 46 points in only 15 games.

NHL Central Scouting has slotted Biondi just inside their top 100 North Americans, 91st to be precise, but the Minnesotan downplayed the development calling all talk about the draft as “noise”. “Noise” also includes those who question whether his return to high school hockey would be bad for his development. He’s heard the talk but chooses to ignore it all.

Biondi has indicated his intention to play for the University of Minnesota-Duluth, which is basically his hometown Division 1 program. His family has had season tickets for as long as he can remember and his commitment also carries on a family tradition as his father, Joseph, spent four years as a Bulldog in the early ’90s.

With my broadcast connections to the Edmonton Oil Kings, the team that holds his WHL rights, I felt it was my responsibility (kidding) to see if playing in Canada was something that he’s given any serious consideration too.

You might almost be able to call Keanu Yamamoto a trailblazer. He’s far from the first American to play U Sport hockey. He is nowhere near the first westerner to use his WHL scholarship package at an Eastern Canadian university. But he certainly is one of the very few natives of Washington state to dress for the men’s team at McGill University in Montreal.

Yamamoto spent four seasons in the WHL playing for his hometown team, the Spokane Chiefs. After racking up a total of 177 points, Yamamoto wanted to see parts of the world that he hadn’t been to but also wanted to further his hockey career. Joining McGill checked off both boxes. Now in his third season, Yamamoto is one of his club’s top scorers and is poised to hit career totals in the next few games.

I spoke with the former Spokane Chief star about his WHL career, his path to McGill and what comes next. 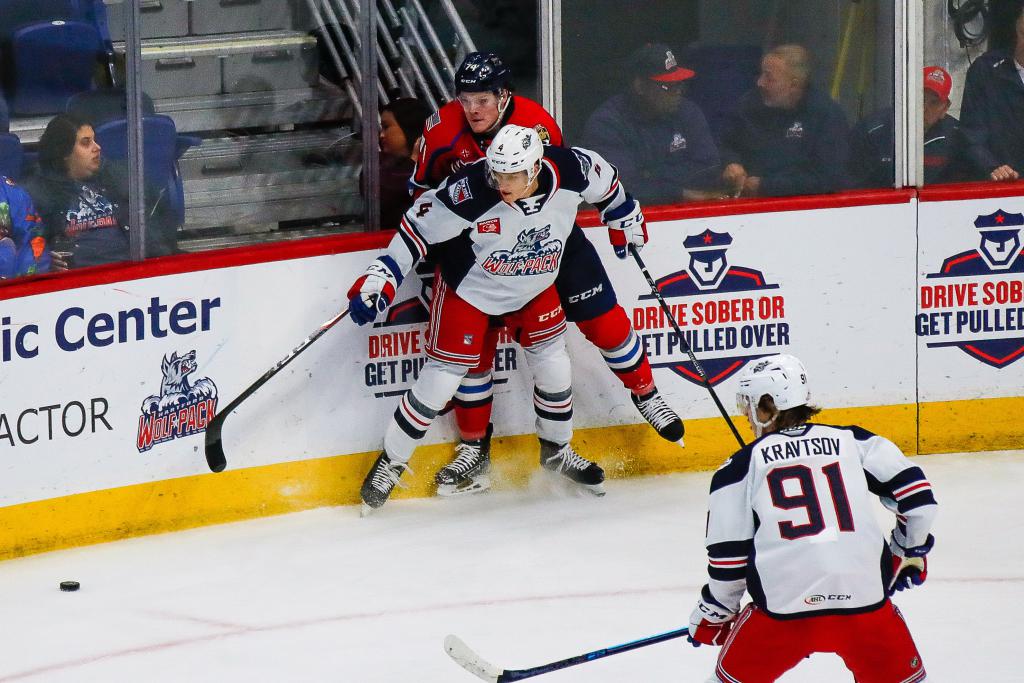 Next article Around the AHL: The Hartford Wolf Pack are Back