skip-main
Connor Zary of Canada celebrates after scoring 1-1 during the ice hockey semi final game in The IIHF U18 World Championship between Canada and Sweden on April 27 in Örnsköldsvik.
Johan Löf / BILDBYRÅN
The Pipeline Show

This week on The Pipeline Show the 2020 NHL Draft plays a primary role as we hear scouting reports on a handful of eligible players and also speak with two very intriguing forwards. There is also an interview with a college standout looking to lead his team deep into the national tournament this spring.

The new rankings from HockeyProspect.com are out so it’s time to get someone on to share some insight on a few players and this time around it’s Quebec based Jérôme Bérubé.

We look closely at four players beginning at the top with Rimouski Oceanic forward Alexis Lafrenière. Has the gap between Lafrenière widened between him and the rest of the pack after his strong performance at the U20 WJC?
What areas of his game have improved the most over the five years that Bérubé has been watching him?

Another QMJHL player of note is Shawinigan forward Mavrik Bourque who has already equalled his point totals from last season with a third of the 2019-20 campaign still to come.

Then there is the interesting case of Theo Rochette who played a lot of international hockey for Switzerland until this past the U17’s last season and the Hlinka Gretzky Cup this past August where he donned the maple leaf of Canada. Rochette contracted mono earlier this year and it understandably affected his performance for much of the season. Now with the Quebec Remparts, he’ll play out the schedule and be ready for the U18s in April. But who will he play for?

Lastly, we had to talk about Germany’s Tim Stutzle. He made full use of the World Junior stage and caught the eyes of a lot of casual fans but scouts have been on Stutzle all year. His point production hasn’t slowed despite making the jump to the DEL and playing against men, although, it’s worth noting that most of that production comes from assists. The goals haven’t been as easy to find for him as in years past.

The Pioneers of Sacred Heart are enjoying a strong season and one of the major reasons why is the performance of junior forward Matt Tugnutt. The dual citizen calls Peterborough, Ontario his home but it’s south of the border where Tugnutt is taking his game to a new level.

He’s a point-per-game player but Tugnutt credits his linemates as a major reason why he’s already matched his career highs in goals and points.

We looked back at his path to the NCAA as he declined to join his hometown team, the Peterborough Petes, who selected him in the Ontario Hockey League priority selection. We discussed how hard it was to pass on that opportunity and why, in the end, Sacred Heart was the right program for him.

Of course, I had to ask Tugnutt about his father, Ron Tugnutt, who famously stopped 70 shots in Boston against the Bruins one night in his lengthy NHL career.

Life is pretty good right now for Kamloops Blazers forward Connor Zary. He’s fresh off a terrific performance during the CHL Top Prospects Game, he’s one of the leading scorers in the Western Hockey League and his club is sitting on top of the BC division.

Zary and I chatted at length about the evolution of his game and how being a late birthday has helped him through his three years in the league. It’s also weird to look back at the 2016 bantam draft and imagine that Zary was even available for the Blazers in the second round considering the points the Saskatoon kid put up that season. You can believe that not being a first-round pick that year was a motivator for him.

We talked about the NHL draft and if the attention is a distraction that he tries to avoid. Zary is currently considered by everyone to be a first-round talent and his performance at the Top Prospects game only cemented that hype.

Shattuck St. Mary’s prep school has been a stepping stone for a number of NHL superstars including Sidney Crosby, Nathan MacKinnon and Jonathan Toews. So it’s no surprise that NHL hopefuls continue enrolling at the Minnesota based school to further their own development. Forward Jackson Kunz is among them.

The 6-foot-3, 210-pound power forward is, almost unbelievably, still only 17 years old but it’s as much his play on the ice as his stature off of it that is garnering attention from scouts. With 31 goals and 53 points in just 35 games, Kunz is an enticing player because he has an attractive combination of size and offensive instincts.

I spoke with Kunz about this season, his time at Shattuck, why the University of North Dakota is the natural fit for him and what he thinks about the upcoming NHL draft.

This article is about:
The Pipeline Show Alexis Lafrenière
Scoring Leaders 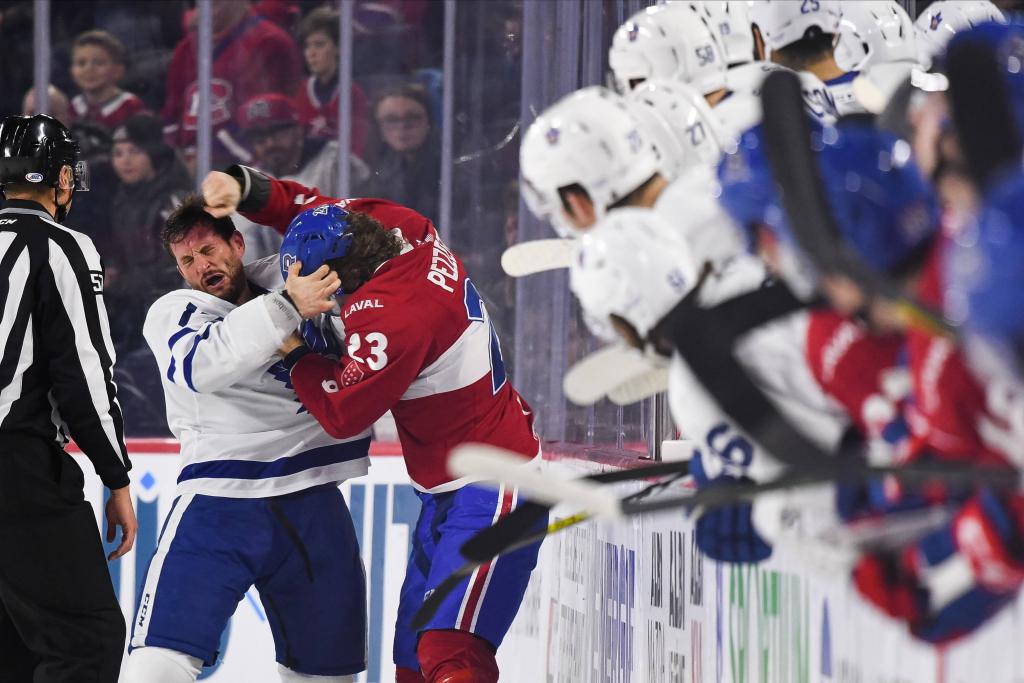 Next article Around the AHL: Breaking Down the Beasts of the East