Up next, Las Vegas.

The American Hockey League’s westward march continued Thursday with the Vegas Golden Knights becoming the latest NHL club to purchase an AHL affiliate and move it west. The Golden Knights purchased the San Antonio Rampage, the current AHL affiliate of the St. Louis Blues, from Spurs Sports & Entertainment with the intention of moving the team to the Las Vegas market next season.

While the deal is contingent on approval by the AHL board of governors, that process is considered a formality. The AHL declined to make president and CEO Dave Andrews available for comment until the approval is completed.

Since their inaugural 2017-18 expansion season, the Golden Knights have been partnered with the Chicago Wolves. The partnership has produced back-to-back regular-season division titles, and the Wolves went to the Calder Cup Final last season.

The move’s ramifications are significant for several parties. After 18 seasons, the move would leave San Antonio without an AHL team. Both the Blues and Wolves would be left to find new relationships as well. Below is a breakdown of the picture:

The NHL’s top developmental league continues to hammer out a rapidly growing Western presence after a massive shake-up brought five clubs to the West Coast in 2015.

California will bring its sixth AHL team aboard in Palm Springs, home to the new Seattle expansion club’s affiliation, in 2021-22. The Palm Springs club will break ground on a new $250 million arena and practice facility on February 18th.

In the Bay Area, the San Jose Barracuda will have a new home, likely for the 2022-23 season. Last week the team announced plans for a new 4,200-seat arena to be built at Solar4America Ice at San Jose, the practice facility for both the Barracuda and parent San Jose Sharks.

The Ontario Reign hosted the AHL’s first-ever All-Star Classic on the West Coast last week. Affiliated with the nearby Los Angeles Kings, the Reign are third in the AHL in attendance at 7,938. Right behind them in fourth place are the arch-rival San Diego Gulls, the AHL affiliate of the Anaheim Ducks.

A new AHL team in Las Vegas would be the latest boost for a booming hockey market.

Vegas has been a massive success story for the NHL and bringing an AHL team to town would satisfy several other objectives. An AHL team plays to a different price point, opening a new market of fans. Logistically, having an AHL team in town simplifies salary-cap issues, player-movement logistics, and enables NHL management easy access to in-person viewing of their prospects. The Golden Knights would be the fourth team to have such an arrangement, joining the Barracuda, the Toronto Marlies, and the Manitoba Moose in Winnipeg.

“Since our initial season ticket drive began five years ago in February 2015, we have witnessed first-hand the incredible passion and enthusiasm our community has for hockey,” Golden Knights Chairman and CEO Bill Foley said in a written statement. “By every relevant metric, the growth of the game here the last few years at all levels has been remarkable. We could not be more proud to bring a second professional hockey club to the Valley to accelerate this growth even further.”

The team would practice at Lifeguard Arena in suburban Henderson, a practice facility under construction. Other details such as a name, home arena, and other details are still to be announced.

The AHL was not thrilled to lose the Houston Aeros, a solid operation in a major market, in 2013. Houston exited the AHL after the team could not arrange a new lease at Toyota Center, and the parent Minnesota Wild took the Aeros to Iowa, where the team has thrived.

San Antonio is another significant loss for the AHL. The Rampage play at AT&T Center, where they are 12th in AHL attendance at 5,938. That strong number has come despite the Rampage being below the Central Division playoff line and having had to play a home schedule shaped by a 10-game road trip this month.

Just when the Blues seemingly had found a long-term AHL solution, they appear to be back to the drawing board again.

St. Louis had an affiliation with the Wolves for four seasons before it ended in 2017 when the Golden Knights-Wolves partnership began. That left several Blues prospects, including goaltender Jordan Binnington, scattered across the AHL with several clubs for the 2017-18 season. Without a dedicated affiliate, Blues prospects had to develop in other NHL teams’ farm systems and compete for playing time and development attention.

St. Louis signed a five-year affiliation agreement with the Rampage that started with the 2018-19 season. San Antonio missed the Calder Cup Playoffs last season; St. Louis added substantial veteran AHL depth via free agency this past offseason, but the Rampage sit five points out of a playoff spot in the Central Division going into play Friday.

So what are the Blues’ options now?

As of now, the Wolves would be the only team without an NHL parent team. Chicago’s O’Hare International Airport is a quick cab ride from Allstate Arena, the Wolves’ home. Flights between St. Louis and Chicago are quick and abundant, and the Wolves’ geographic footprint is an easy fit for the Blues, logistically.

If the Blues preferred a different direction, there are not many options. At the AHL state-of-the-league address last week, Andrews outlined the affiliation picture.

“Three of [four expiring affiliation agreements[ are negotiation,” Andrews said. “Now, I shouldn’t say they’re all going to get there. If they don’t, we’re going to have to move some around, I guess, but it’s not a large number [of teams]. Most years it’s at least that many.”

Alternatively, St. Louis would have to find a willing seller in order to acquire an AHL franchise. With the AHL at a maximum of 32 teams, that option has become increasingly difficult for NHL teams.

The Wolves have an AHL franchise, one that ranks among the strongest in the AHL.

Now they need an affiliation. Since 2011, they have had the Vancouver Canucks, St. Louis, and Vegas as parent clubs. The Chicago Blackhawks are with the Rockford IceHogs in an affiliation that dates back to 2007.

Also impacted by the move are the Texas Stars, who play two hours north of San Antonio on I-35. Texas-San Antonio has been one of the AHL’s most enduring rivalries of the past decade, and both clubs have benefited from their easy travel proximity.

Without San Antonio, the Stars face a future in which every road trip would require a flight. Playing out of the Austin metropolitan area does mean that the Stars have access to convenient flight logistics to their Central Division clubs in the US Midwest, but it does mean a significant increase in travel costs.

That said, the Stars play in a top-notch facility, H-E-B Center in suburban Cedar Park. They enjoy strong fan support, and the convenience for the parent Dallas Stars is second to none.

Studnicka had 3-2-5 in two games for the P-Bruins. He also represented Providence alongside captain Paul Carey at the AHL All-Star Classic.

Iowa forward Gerry Mayhew was the CCM/AHL Player of the Month after he went 12-7-19 in 11 games for the Wild. He has a league-leading 31 goals in 40 games. Springfield Thunderbirds rookie forward Owen Tippett was the CCM/AHL Rookie of the Month for a 7-8-15 performance in 10 games. Rounding out the group was Filip Gustavsson, the CCM/AHL Goaltender of the Month. The Belleville Senators netminder was 4-0-1 | 1.78 | .942.

The Wilkes-Barre/Scranton Penguins continue to roll. They have an eight-game point streak (6-0-0-2). With six consecutive wins, the Rochester Americans again are in hot pursuit of first place in the North Division. The Amerks host the Syracuse Crunch on Friday before visiting the Marlies on Saturday.

A 6-0-0-1 surge has Iowa 13 points clear of third place in the Central Division. The Wild still trail the AHL-leading Milwaukee Admirals by 10 points. The Rampage have started their 10-game road trip and continue with a pair of weekend games at Rockford.

Here comes San Diego. The Gulls have a five-game point streak after a 4-2 win at San Jose on Wednesday night. They also have a run of 10 points in their past 11 games (8-1-2-0). The Gulls, who are 9-4-1-0 in their past 14 road games, are within three points of fourth-place Ontario in the Pacific Division and hold three games in hand.

Ontario remains hot as well and is three points out of third place in the Pacific Division. The Reign are 6-0-1-0 going into play Friday. But the Reign have lost star netminder Cal Petersen on recall to the Kings after Jack Campbell’s trade to the Toronto Maple Leafs on Wednesday night.

Bakersfield Condors rookie defenceman Evan Bouchard has 4-11-15 in his past 17 games and has a six-game assist streak. He went to the parent Edmonton Oilers as the 10th overall pick in the 2018 NHL Draft.

The Tucson Roadrunners, who have held first place in the Pacific Division for much of the season, have a five-game losing streak (0-4-0-1). They visit San Diego on Friday night after a 4-2 loss at Bakersfield. The Tucson Arena is booked for much of February, putting the Roadrunners on a seven-game road trip. 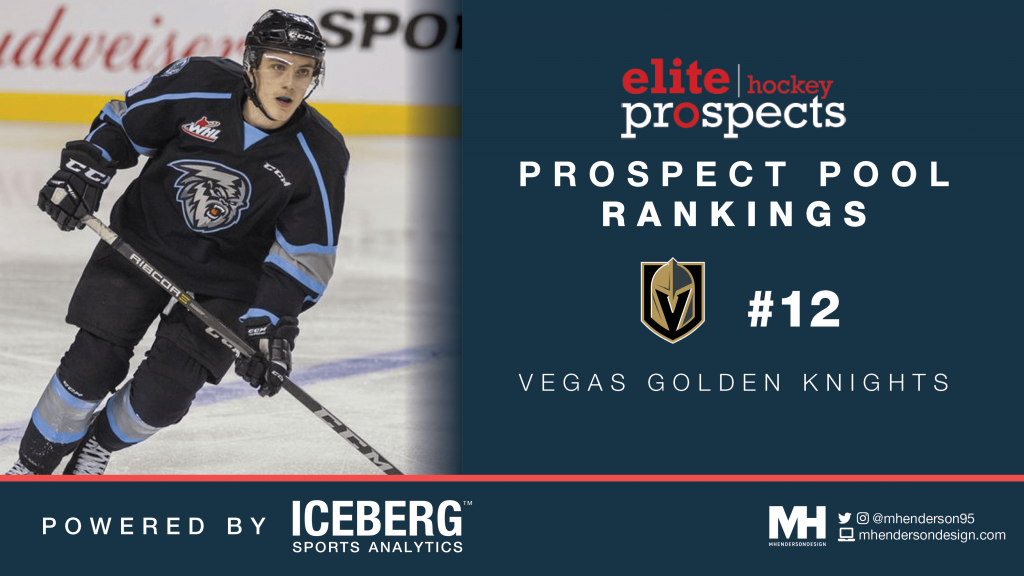 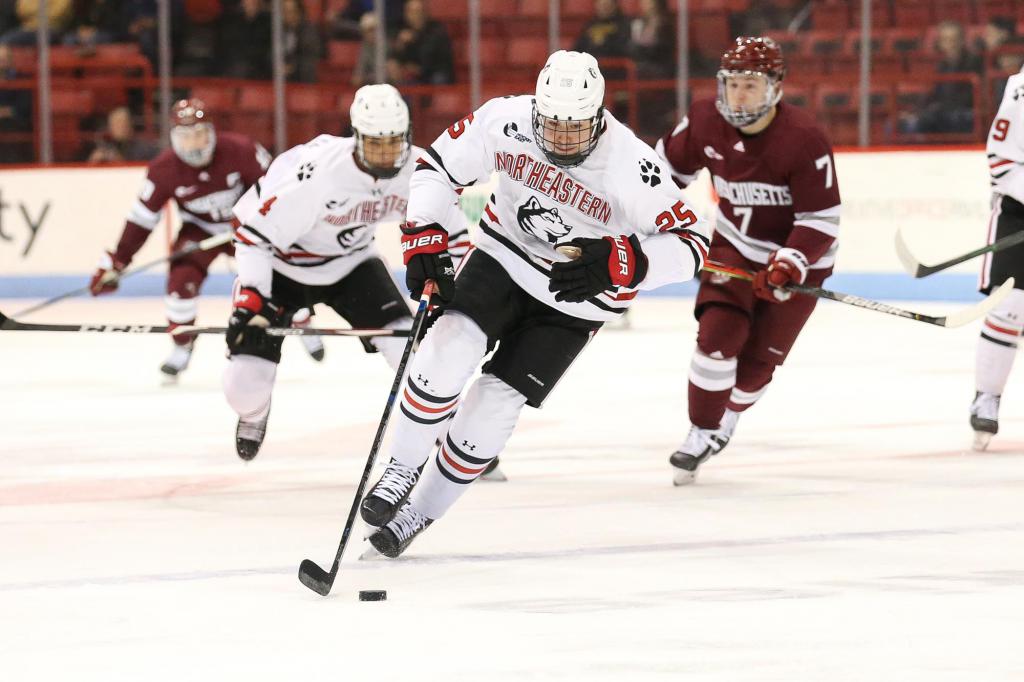