skip-main
EVERETT, WA – JANUARY 20: Brandon Wheat Kings defenseman Braden Schneider (2) waits to receive a pass in the third period in a game between the Everett Silvertips and the Brandon Wheat Kings on Saturday, January 20, 2018 at Angel of the Winds Arena in Everett, WA. Everett shutout Brandon by a final score of 4-0.
Christopher Mast/Icon Sportswire
The Pipeline Show

Sure, the sports world might be on hiatus, but The Pipeline Show continues on. This week, get to know a top defensive prospect ahead of the 2020 NHL Draft and get some insight from a scout on a number of other WHL draftees. Speaking of the WHL, a former Medicine Hat Tiger now at the U Sports level discusses his career path and looks back at his time in The Dub. Also, the ECAC conference tournament was previewed too.

*Editor’s note: Interviews for this week’s episode were completed before the suspensions and cancellations for all leagues were announced so there is no talk of viruses or shutdowns.

The Western Hockey League has a well-earned reputation for developing high calibre defencemen and there are a few more coming down the pipe in the Class of 2020. Last week I spoke with Kaiden Guhle and this week it’s another guy who could hear his name called on Day 1 of the draft; Braden Schneider of the Brandon Wheat Kings.

Schneider and the Wheaties are gearing up for what appears to be a first-round clash against their provincial and divisional rivals from Winnipeg. I spoke to him about playing against the ICE this year and also the blown opportunity recently to close the gap between themselves and the Prince Albert Raiders.

The 2020 Draft obviously came up during our conversation but I wanted to get Schneider’s own take on his game, how he stacks up against some of the other blueliners this year and more.

The University Cup was scheduled for this coming weekend, with eight teams converging on Halifax to compete for the national crown at the U Sports level. The top-seeded University of New Brunswick were the defending champs and looking for their either title since 2007.

One of the key forwards on the Reds is Calgary product Mark Rassell and I spoke with him about the games this weekend*, his path to Fredericton to play for UNB, his time in the WHL with the Medicine Hat Tigers and more.

Rassell also took a few minutes to speak about Bob Ridley, the only radio broadcaster the Medicine Hat Tigers have ever had who is set to call his 4000th game this coming weekend. Not only has ‘Rids’ been behind the mic for 50 years (and has only missed a single game over those 5 decades) but for most of that tenure, he also drove the team bus!

Round 2 of the ECAC playoffs were ready to go this weekend before cancellations, with eight teams looking to advance to next weekend’s semi-final and conference championship rounds. I called on USCHO scribe Nate Owen to break down the four rounds we will see on Friday and Saturday but also look ahead to the national tournament bracket*.

Owen said that Cornell was the clear favourite in the conference and that makes sense considering they are also currently the No. 1 ranked team in the entire NCAA. The Big Red are led by ‘The Big Red Barron’, Morgan Barron (NYR) but between him and standout goalie Matthew Galajda, there is a formidable team build with size and speed. Cornell was set to host Princeton.

The Golden Knights of Clarkson were set to square off against Colgate while Quinnipiac was going to welcome Yale to town. The fourth series could have been the best of the lot as high scoring Harvard was set to face the defensively sound R.P.I. who are riding a four-game win streak that includes a 2-0 shutout of Harvard.

This week I tracked down a scout with HockeyProspect.com to talk about some players from the Western Hockey League and a trio from the Alberta Junior Hockey League who are noteworthy for the 2020 NHL Draft.

Ben Wilkins is my guest and we discussed a six-pack of WHLers starting with Jake Neighbours of the Edmonton Oil Kings. There were a pair of Prince Albert Raiders in Kaiden Guhle and Ozzy Weisblatt plus a Brandon duo in Ridley Greig and guest from earlier in the episode, Schneider. Lastly, Calgary Hitmen defender Luke Prokop is talked about.

[Read more: Round Robin Wrap-Up From World Junior A Challenge]

The three players from the AJHL that are on the “must-see’ list for all scouts are Michael Benning and Carter Savoie of the Sherwood Park Crusaders as well as defenceman Ethan Edwards of the Spruce Grove Saints. 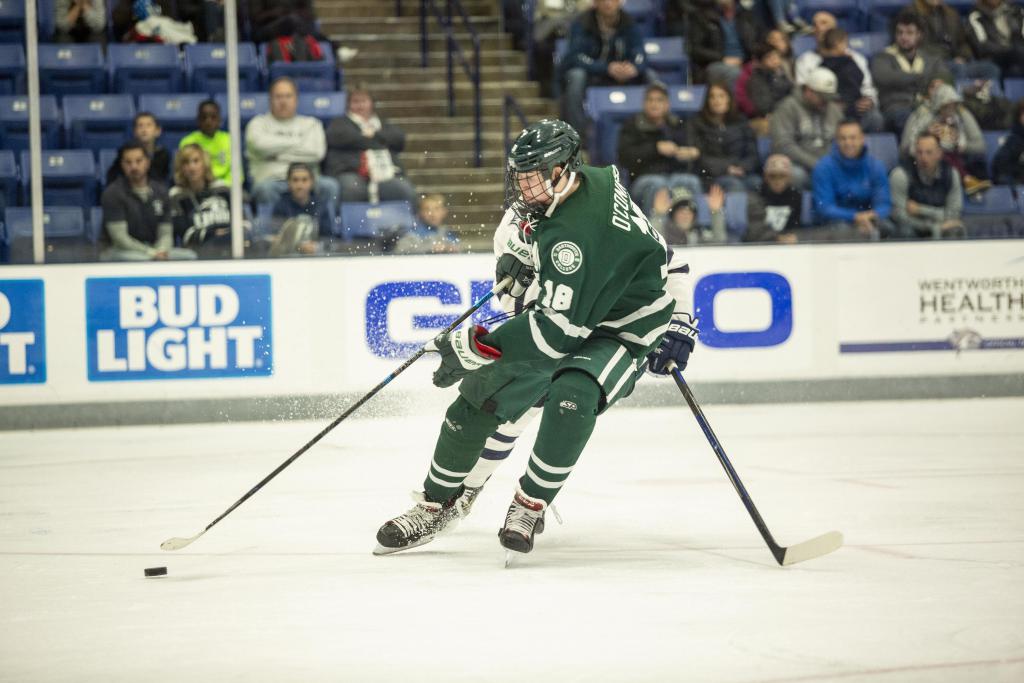 Next article Undrafted Free Agent Profile: Pittsburgh Penguins Back at it With Drew O’Connor Signing