BURKE: The NHL has Announced its Plan, now What?

It didn’t come easy, but the NHL’s vision, as articulated by Gary Bettman in a midday press conference carried on Sportsnet’s Tim and Sid show, has paved a pathway to the return of hockey.

Whether those destined for the promised land will get their opportunity to walk that path is another matter entirely.

Neither of these procedures will include the teams ranked 24th through 31st in the standings — their season is done, and that’s for the best — as determined by points percentage.

The 16 teams ranked eighth through 24th, though, will enter a best-of-five series, in which the winner plays their way into the playoffs. The teams ranked No. 1 through 8, meanwhile, will enter a round-robin tournament to determine seeding.

Whenever the NHL returns to play — and we should be clear about the fact that there is a rough timeline –, they will do so in two separate hub cities, one per conference. The league has whittled their list down to ten potential destinations: Vancouver, Edmonton, Toronto, Los Angeles, Las Vegas, Dallas, Chicago, Columbus, Minneapolis/St. Paul, and Pittsburgh.

10 cities are being considered for the two hub city spots that will host the Stanley Cup Playoffs. pic.twitter.com/bMLxSCvpRW

The play-in tournament will feature the following eight matchups.

The NHL has a plan for the draft, too. Strap yourselves in, because this might get a little confusing. I’m not sure that I even understand parts of it, but let’s try and work through this together and see if we’re any better off for it.

To start, the NHL will host Phase 1 of the NHL Draft Lottery on June 26th. In this phase, all 15 of the teams ranked 16th through 31st by points percentage will enter the draw with the same odds as the original format. The teams participating in the play-in tournament for the NHL playoffs will be a part of this process as ‘placeholder’ teams.

Assuming that the lottery No. 1, 2, and 3 picks are won by the teams ranked 24th through 31st, there won’t be a need for Phase 2 of the NHL Draft Lottery.

Conversely, the league will have to conduct Phase 2 of the draft if one of the placeholder teams lock up one of the top three picks, at which point the league will conduct another draft lottery among the eight teams that lost in the play-in tournament.

The NHL press release on their website lists the lottery odds as follows:

The odds for the first lottery drawing are as follows (bottom-seven teams’ point percentage in parentheses):

There’s a lot to unpack there. Talk about unprecedented times, this is it. Let’s try and make some sense of it.

I’m hardly Gary Bettman‘s biggest fan. He’s proven a competent operator, in a position that forces him to fall on a sword publicly for the decisions of the NHL’s owners privately. It is what it is.

For the first time in his nearly three-decade stewardship of the league, Bettman offered more than that — humanity, vision, and clarity. Starting the press conference with a nod to the safety of players and support was a nice touch; a rare moment of seemingly genuine concern for the people who make this league work. Too often we’ve seen precisely the opposite, but Bettman rose to the occasion this time.

Nothing about this situation makes sense. The league is in a genuinely difficult spot. Nobody wants to say it, but the cancellation of the remainder of the season threatens severe short and long-term ramifications, the likes of which could take away greatly from the game we love.

Frankly, Bettman could fill a room with Napoleon’s savants, and I’m not sure all of the time in the world would lead the league to a plan for the return to play or the NHL Draft or NHL Draft Lottery that all fo the league’s 31 teams, much less their fans, would be happy with. This is about as good as it gets.

The teams ranked nine through 12 come out of today in pretty good shape. Each has a chance to compete for the Stanley Cup, and should they fall short of that goal, a chance at the draft lottery. Depending on your team’s short-term goals, that seems like a pretty desirable outcome.

Say, for example, you’re the Montréal Canadiens. The Athletic Montréal’s Arpon Basu joined Rink Wide on TSN 1040 last weekend and made a pretty compelling case for why this is the best of both worlds scenario the Habs.

On the one hand, they’re in the midst of a modest rebuild — a retooling, I suppose one might call it — in which high draft picks are the currency of their ascendant empire.

On the other, Shea Weber and Carey Price aren’t getting any younger, and their combined cap hit of about $18-million for the remainder of recorded time is a set of shaky, wobbly posts in the foundation on which this empire is being built. The latter of those two still has it in him to get hot and steal a series or two. The team’s 5-on-5 profile is, perhaps surprisingly to some, sterling.

Some of the league’s teams get to have their cake and eat it, too.

This isn’t true, of course, of the teams ranked four through eight in each conference. Take, for example, the Pittsburgh Penguins. They’re fifth in the Eastern Conference based on points percentage and face the very real prospect of failing to qualify for the playoffs if Price gets hot for a three-game stretch.

An expansion team made the Stanley Cup Final in their debut season two years ago, so let’s not pretend that this isn’t a distinct possibility. Hockey is, by far, the sport most heavily determined by luck, and the playoffs offer great examples of that on a yearly basis.

Frankly, there aren’t many. The odds are more or less the same as if the season finished under normal circumstances, and the NHL’s plan to hold the draft after the Stanley Cup has been awarded means that the event itself will follow the same protocols as those of previous years.

Fans can take solace in the fact that player trades are still going to be a thing, but one can’t help and wonder if the league squandered a unique business opportunity to take centre stage for a moment with the early June proposal that was floated around a few weeks ago. Better for the fans in place might not be what’s best for the growth of the sport.

Just spoke to a front office executive who anticipates that an early June draft is going forward, with an announcement as early as tomorrow or Tuesday at the absolute latest.

When I reported that the expectation of the one team executive that I spoke with was an announcement for May 4th or 5th at the latest — those were the facts on the ground. The pushback from the vast majority of the league’s teams was immense, and the NHL seemingly acquiesced. Things changed.

Some have wondered aloud whether they’ll get more viewings in on the crop of 2020 NHL Draft prospects before the event itself actually takes place. In a scenario where the league returns to play in August, one might expect the draft to take place in late October or early November, at which point many of the leagues that flood the annual showcase will have restarted their seasons, theoretically anyway.

Colour me skeptical. After what happened to Winnipeg ICE centre and Vegas Golden Knights prospect Peyton Krebs at last year’s draft, it’s hard to imagine any of the players likely to go in round one through three, at the very least, will participate. Certainly, many agents will advise strongly against it, and with good reason.

Krebs, one might remember, was seemingly a lock for the top ten in last year’s draft, but fell to No. 17 overall after suffering an Achilles tear in training.

There’s also the matter of whether some of these feeder leagues will play or not. The CHL, for example, relies heavily on billet families to house their players, and I don’t suspect we’ll be at a point where that’s feasible through October and November based on current projections. Much the same is true of the USHL.

Another issue is revenue. Many of these junior leagues operate on the slimmest of margins. Each of them draws heavily from the gate for their revenue, and if fans can’t attend, then what’s the point? I’m not speculating on the CHL or USHL’s position or any other league for that matter, but suggesting that it’s hard to understand the impetus for a return to play that doesn’t allow for these circumstances.

The odds are that we’ve seen the last of many of the players in this year’s draft, and that’s fine. 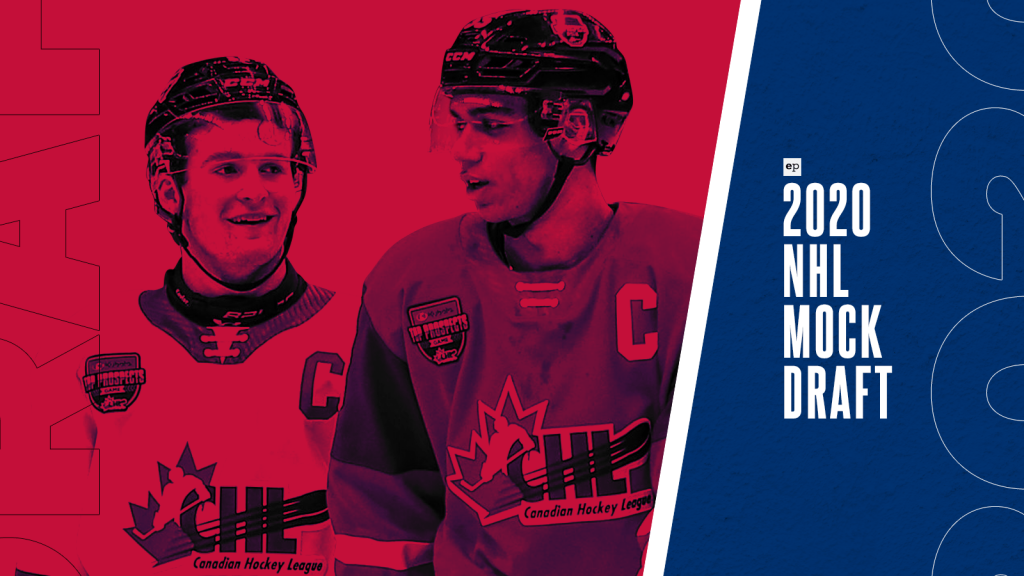 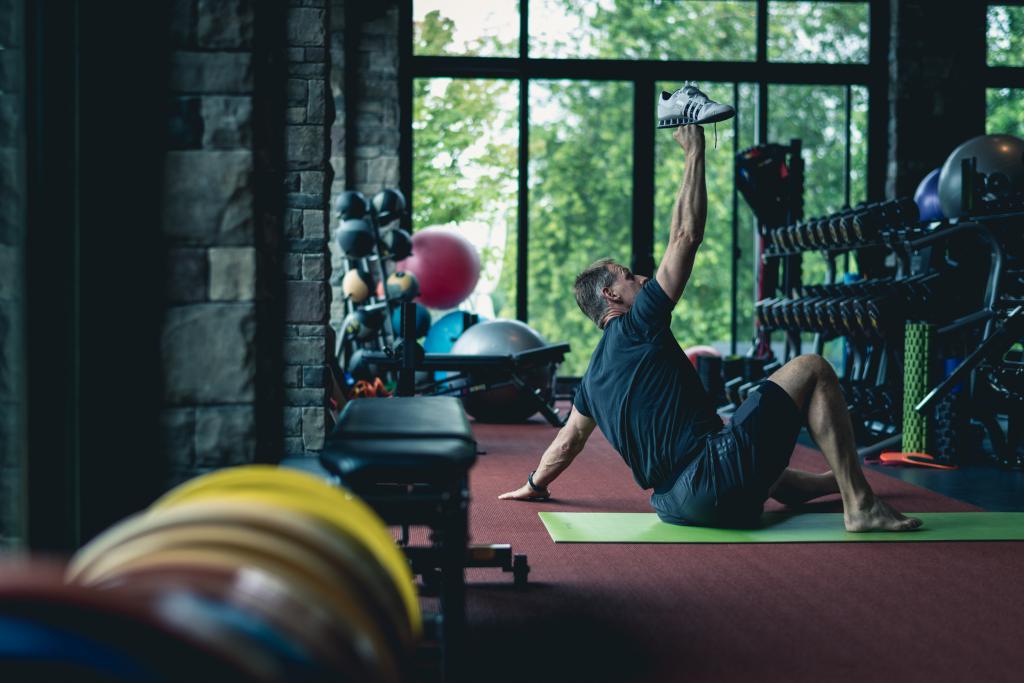