NBC Sports Chairman Pete Bevacqua announced in an internal memo to staff on Jan. 22 that the network will be shutting down by year's end.

The network, according to the New York Times, was the second-most viewed cable sports channel in 2020 behind ESPN.

“At the conclusion of 2021, we have decided that the best strategic next step for our Sports Group and the entire Company is to wind down NBCSN completely, with key elements of NBCSN’s programming moving to USA Network and, in some cases, Peacock for 2022 and beyond,” Bevacqua memo revealed. “This will make USA Network an extraordinarily powerful platform in the media marketplace, and gives our sports programming a significant audience boost.  We believe that the power of this offering is the best long-term strategy for our Sports Group, our partners, and our company.”

USA Network will be the new home for NHL games that once found shelter in the NBC network, delivering hockey to about 86.2-million homes as opposed to the roughly 80-million of NBCSN.

“Most NHL fans have some type of hockey package in Center Ice or NHL.tv," Pittsburgh resident and Penguins fan Brent Pentecost said. “NBC dropping the sports network can be a good thing for some as Peacock is adding more and more content. If the games just move to USA, it won’t change much of anything as you’d need a cable subscription anyway.”

Anyone can download Peacock. It's a free ad-supported service with a paid tier option. It has 22 million subscribers which outpaces Comcast’s traditional cable which boasts 19 million subscribers. If you have Comcast then get Peacock’s paid access for free.

The worst-case scenario is that Peacock will charge its $4.99 monthly fee like it already does for Premier League soccer.

According to Sports Business Daily, NBC’s most recent affiliate deals with Charter and Dish Network don’t include NBCSN beyond the year. However, they offer USA Network.

For consumers like Pentecost who also have NHL.tv, the move will save him money.

“I use Sling and have two options of channels. I can choose one or both,” he said. “NBCSN is in the more expensive option. If games move over to USA, it would be cheaper for me and others to get the national broadcast games.”

For the past 10 years, NBCUniversal has paid $200-million annually to be the sole national network of the NHL in the United States. The network has carried the NHL for the past 15 seasons and the current contract ends at the end of the season.

Jim Shaughnessy, a New Jersey Devils fan and Carolina Hurricanes season ticket holder, says that his current cable package allows him to add any channel from a list of options.

“I get a choice of channels and designated NBCSN as one of them so I will just have to change that,” he says. “I had NHL.tv last year but with so many free streaming options becoming available at no cost, I am not going to pay extra to watch hockey games.”

The move keeps with the trend of consolidating cable channels and growing streaming platforms.

Charter and Cox are two cable companies that are now relying on broadband business and have begun bundling streaming services like Netflix into internet packages.

“I stopped paying for standalone services like HBO Max and CBS (to watch college football games),” says Shaughnessy. “I’d be more open to paying extra if it was part of Hulu or Netflix which is a majority of my television watching. Also, there are so many blackout restrictions that I am worried about this paid service.”

While the NHL is still searching for a new American rights contract beginning with the 2021-22 season, the rest of this season is still safe on NBCSN.

Every team should be interested in Pierre-Luc Dubois This article is about:
NHL NHL
Scoring Leaders 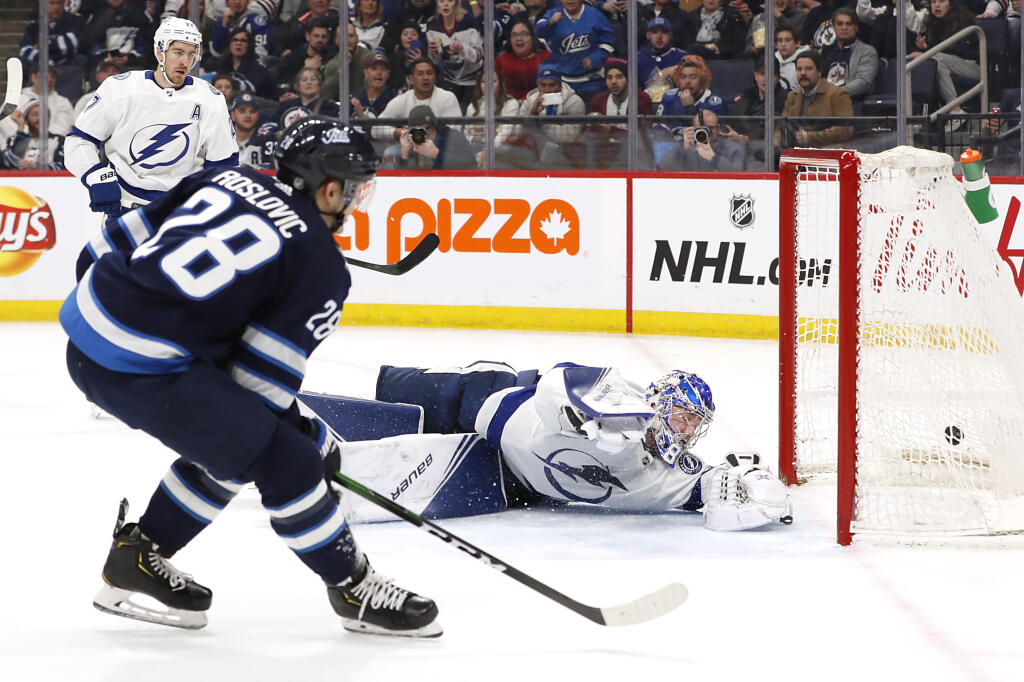 Next article Jack Roslovic -- more than a throw-in