Around the AHL: Trevor Zegras making an early bid for a promotion

How soon is too soon for an NHL recall for top prospect Trevor Zegras?

That question sits before the Anaheim Ducks after his stout start. But Zegras is providing some of his own answers as well.

“I wouldn’t say I think I need much more time [in the AHL],” Zegras said Monday.

Zegras backed up those words with that opening to his AHL season. All of 19 years old, Zegras won the CCM/AHL Player of the Week on Monday after leading his San Diego Gulls to a pair of season-opening victories against the Bakersfield Condors (Edmonton Oilers). The forward, taken ninth overall in the 2019 NHL Draft by the Ducks, grabbed a pair of goals to go with three assists playing on a line with veterans Sam Carrick and Chase De Leo.

In his pro debut, the Zegras-Carrick-De Leo top line turned a 1-0 Bakersfield lead into a 3-1 San Diego advantage in a 9:53 span. The line tormented the experienced Condors and accounted for 13 of San Diego’s 31 shots on rookie goaltender Olivier Rodrigue in an eventual 4-1 win.

The next night, a 4-3 Gulls decision, Zegras helped to break a 2-2 game on a Carrick goal early in the second period. He added the game-winning tally on the power play 3:41 later as the line combined for 10 more shots against Rodrigue.

“I think we just clicked together,” Zegras said of the line Monday. “We read off each other really well. All three of us think the game really well. Obviously, Chase has got some good speed, so I kind of just give it to him. And he opens it up for me and Sammy.”

“I’d say a pretty good hockey sense,” he said when asked to provide a personal scouting report. “See the game really well. Can kind of beat you in multiple ways, with a shot, with the pass.”

“I’d say I’m pretty easy to play with. Maybe tough to play against.”

Those two victories continued a recent tear for Zegras, who is one of four recent first-round picks in the San Diego line-up (defenceman Jamie Drysdale, plus forwards Jacob Perreault and Brayden Tracey). He carried the United States to a gold medal at the IIHF World Junior Championship on January 5th, winning most valuable player honours for a dominant 7-11-18 performance.

That time in Edmonton marked the end of his amateur career that was highlighted by a standout NCAA freshman season at Boston University in 2019-20. There, he rolled up 11-25-36 in 33 games for the Terriers, which earned him a spot on the Hockey East All-Rookie Team.

Gulls head coach Kevin Dineen is using Zegras on the wing, although he can play centre. His energetic, irritating style can and will frustrate opponents while his speed and mobility are apparent even against the higher-level pro competition that the AHL is providing him.

Still, Zegras acknowledged the adjustment to pro-competition that he is facing.

“It's definitely a step up from what I've been doing. But I put some time in here over the summer and skated with a bunch of pro guys. I kind of got the feel of it….so, I think the adjustment was pretty gradual over five or six months.”

“I think the biggest thing for me, and probably the biggest adjustment that I've had to make, is probably those board plays in the D zone [with] big, heavy defenceman coming down [and] pinching.”

“[Playing on the wing,] you’ve got to think through that stuff quickly, find your outs. That's something I'm definitely working on the coaching staff here.”

In Zegras, Perreault, Tracey, Drysdale, and more, Gulls assistant coach David Urquhart and the rest of the San Diego coaching staff have ample elite talent to shape for eventual full-time duty in Anaheim.

“That structure is something that we're going to really be hounding on the young guys early on the season,” Urquhart told San Diego reporters. “And their skill is going to be able to shine through that structure as well. So, learn the structure, be able to play within it. And then within that, you can use creativity and showmanship to show your skill.”

Even more hockey has come to Las Vegas.

The Vegas Golden Knights scratched off a major item on their organizational to-do list this offseason with the establishment of their new AHL affiliate, the Henderson Silver Knights. The Golden Knights bought and relocated the former San Antonio Rampage to Henderson, a bedroom community just outside of Las Vegas. The team will play out of Orleans Arena until a new $84 million arena is available for the 2022-23 season.

The team made its AHL debut this past Saturday night with a visit from the Ontario Reign (Los Angeles Kings). Against an Ontario line-up featuring a pair of top-five picks in Quinton Byfield and Alex Turcotte, the Silver Knights hammered out a 5-2 win. Jake Bischoff and Danny O’Regan each had two goals.

Byfield had an assist while Henderson held Turcotte without a point. Another top Kings prospect, Rasmus Kupari, picked up a goal.

Seth Jarvis headlined a Chicago Wolves opening-weekend line-up featuring four 19-year-old top prospects as the club began a new affiliation with the Carolina Hurricanes with a pair of wins.

Jarvis, taken by Carolina 13th overall in the 2020 NHL Draft, collected 2-1-3 for the Wolves. Head coach Ryan Warsofsky used Jarvis on a line with 2018 first-round choice Dominik Bokk and Tanner Jeannot. The Wolves also had a pair of picks from Carolina’s 2019 draft class -- first-rounder Ryan Suzuki and Jamieson Rees.

Suzuki played centre on a line with Stelio Mattheos and Cole Smith while Rees went alongside Rem Pitlick and Anthony Richard.

The Milwaukee Admirals opting out of the season left the Nashville Predators in need of a new home, and they found it with the Wolves. That means that 2019 first-rounder Philip Tomasino is also in Warsofsky’s line-up. He played the right side of a line with Sheldon Rempal and Tommy Novak.

New York Rangers prospect Morgan Barron helped to break open the Hartford Wolf Pack’s season opener against the Bridgeport Sound Tigers (New York Islanders) this past Sunday afternoon. Barron, 22, struck early in the third period to set up a 5-2 win. Last season in his third and final NCAA season at Cornell, the 2017 sixth-round pick, broke loose with 14-18-32 in 29 games. That effort made him a Hobey Baker Award finalist and put him on ECAC First All-Star Team while also winning him ECAC Player of the Year honours.

A 36-save effort from 21-year-old Ivan Prosvetov helped the Tucson Roadrunners (Arizona Coyotes) to pull past the San Jose Barracuda (San Jose Sharks) in overtime, 2-1, on Sunday afternoon in the teams’ season opener. The 2018 fourth-round selection went 14-10-2 | 2.88 | .909 in 27 games last season for Tucson.

“From day one, the veteran leadership has been outstanding on this team, and we're really lucky to have those guys in our locker room.

And thinking about those guys, they have an interesting role because their role is still to make it to the NHL and play in the NHL. However, they have that dual role of helping develop those young guys, and specifically related to having pro habits. And that's something that they're really taking on.

The major benefactors of that are those first-year guys coming in learning the [ropes], and they have to have examples to look to as well. So as coaches, we say, ‘Well, you want to know how to do it., there's a reason why these guys have been playing pro for eight years or 10 years because they do it the right way.’” 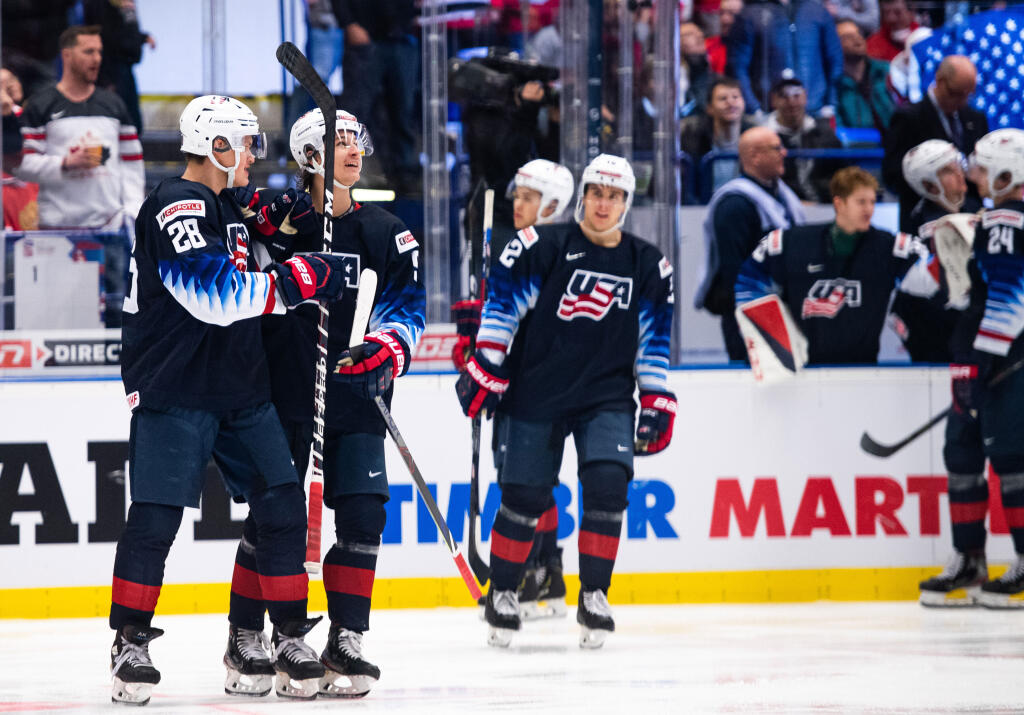 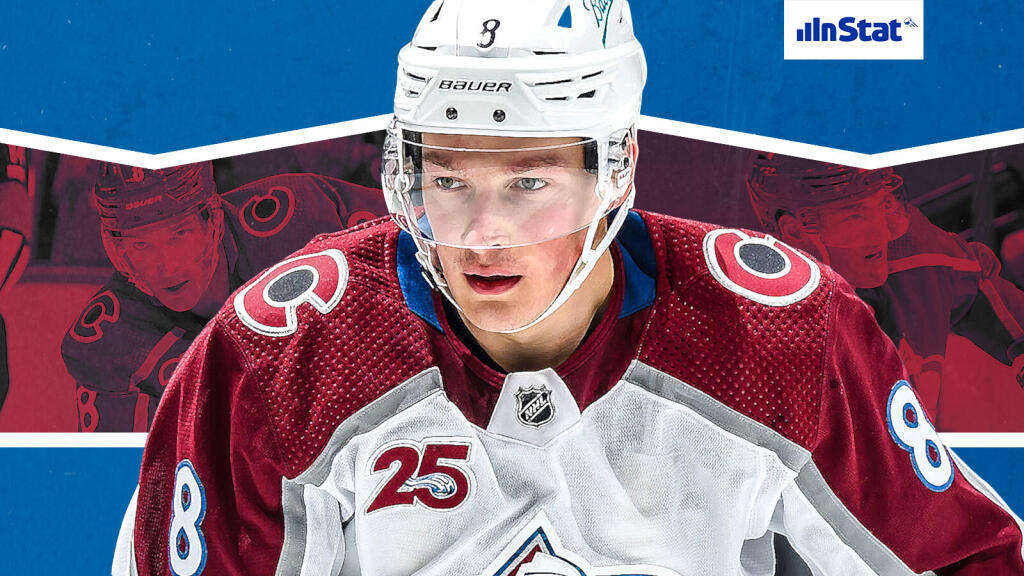 Next article Cale Makar is a human highlight reel; here's how he does it