Humble. That is the word used to describe Alabama-Huntsville freshman Tyrone Bronte. In fact, he is so humble that he didn’t know he was nominated for the Hobey Baker, or that he even won WCHA Rookie of the Month earlier this season.

“I was just doing homework and my roommate (Adrian Danchenko) yelled at me from across the house,” Bronte said on a phone call with EP Rinkside, “I didn’t even hear what he said. I asked him what he was talking about and then he told me that I was nominated for the Hobey Baker. I know about the award and that it is a big deal in college hockey but that’s it.”

Bronte learned more about the award as Danchenko explained it to him.

“I assumed it was a big deal but I didn’t really know to what extent,” he continued. “The more he told me about it, the more in awe I was. It was an unbelievable feeling.”

Tyrone Bronte has been nominated for the 2021 Hobey Baker Award Fan Vote!

He didn’t even receive a scholarship offer from Huntsville until June.

Honoured and excited to announce my commitment to The University of Alabama-Huntsville. Thank you to my family, friends and all those who have helped me in this journey. Excited to be a Charger! #GoChargers pic.twitter.com/BgaGJZdS9H

Bronte was born in Melbourne, Australia, to parents Fiona and Paul. Australia, is known for surfing, beaches, The Outback, kangaroos and koala bears, but ice hockey?

“My mom bought me and my (younger) brother, Declan Bronte, a pair of cheap plastic roller skates when we were six or seven for Christmas,” Bronte reminisced. “That’s where it sprouted from and we loved skating. We would go to skateparks and do jumps and things like that. That eventually got us wanting to skate at a roller rink. A couple months later we ended up playing roller hockey.”

Their friends who played roller hockey were also playing ice hockey, and after a couple years, the Bronte brothers joined them on the ice. Melbourne only had one ice rink when they began playing. It was only three-quarters of an NHL-sized rink, didn’t have glass and was “super super cold.”

The Brontes drove a great distance at 4 a.m. on the regular for ice time and it didn’t take long for Fiona and Paul to realize that if hockey was the future their sons wanted, they needed to commit to it and leave Australia.

“My parents started looking overseas for places for my brother and I to be and we made the move pretty early,” Bronte said. “I moved to Canada when I was 12 and my brother followed me the next year when he was 11.”

Between a mixture of boarding school and billet families, the Bronte brothers understand how fortunate they were with their hockey journey.

“Maybe it was because there’s something about a little kid traveling by himself or being over on a different continent that makes people want to take care of them,” Tyrone said. “But I had people always going out of their way. Inviting me over to their house or people would make me Australian meals and bring them to school. I was young and I missed home a lot but they definitely helped me.”

For Tyrone, his hockey journey has taken him from Australia to Centre Academy to the Ontario Hockey Academy to Meijer AAA (NAPHL) to the Omaha Lancers (USHL) to Wilkes-Barre/Scranton Knights (NAHL) to Huntsville.

Because of the global COVID-19 pandemic, Bronte was forced to return home to Melbourne. He had just about given up on playing NCAA Division I hockey and becoming the second Australian to play at that level. He’d had a few conversations with programs, but no offers until UAH first-year head coach Lance West called.

“I’d seen him play quite a few times,” said West. “I knew who he was and what kind of player he was. When things went down here and (our program was saved) we were looking for players late, I heard he was available. I knew that if we got him that he would make an impact and be a really good player for us.”

Recruiting a player across the world was a new experience for West. It included phone calls in the middle of the night to get him early in the morning, and neither had met in person. It was a complete leap of faith on both sides.

Bronte enrolled at UAH but was taking classes online because the program had trouble getting him to Alabama. He couldn’t get a visa appointment. The first one available was two months out which would have put him on campus in October or November which was too late. Starting hockey in the spring looked more realistic than for Opening Night.

“They called me out of nowhere and said they were doing emergency meetings for college athletes,” Bronte recalled. “I got an interview that week.”

“It was a long process and he stuck with it,” West said. “Some guys that age would just wait til next year and get frustrated but he kept battling and trying to find a way to get that appointment and we finally got him here.”

West is hesitant to talk about the Hobey Baker nomination and the fan vote that closes on March 8. As of right now, Bronte is nowhere near the top 10 but that doesn’t matter to the young man who didn’t know what the award was for when the nominees were announced.

“He might be from Australia but he’s a hockey player,” said West. ‘I think it has worked out well for both of us.”

The Chargers are 3-14-1 with wins over Ferris State and Northern Michigan and a tie with Lake Superior State. They have two games remaining this season against No. 17 Bemidji State on March 6 and 7.

The program is climbing an uphill battle and the next step is to find a conference to play in next season. But with humble leaders like Tyrone Bronte leading the way on the ice, Huntsville is in good hands for years to come. 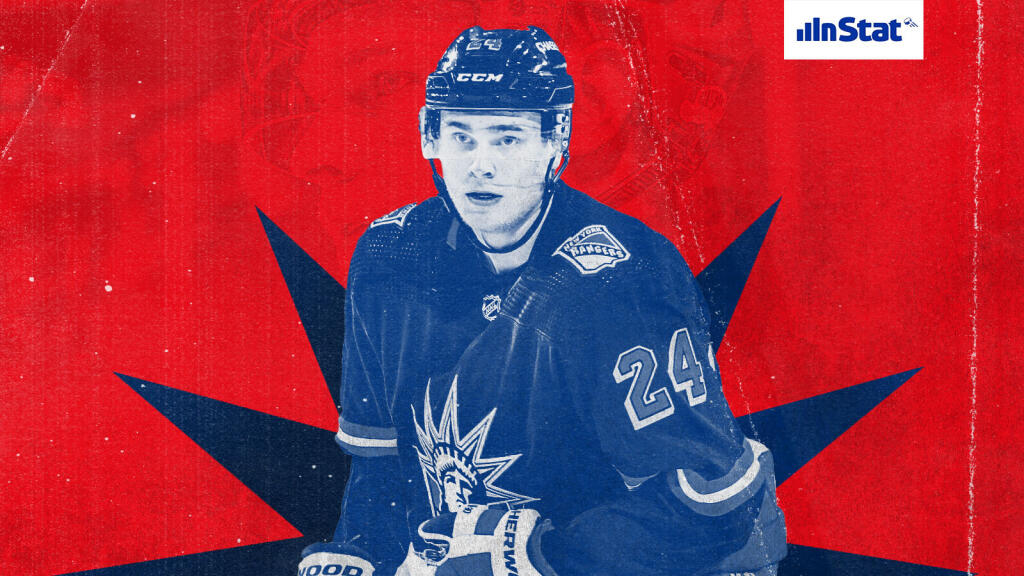