We're back again for another installment of Fantasy Weekly where I provide a look into the hot toddies, the cold nellies, and anything and everything in between.

The Ducks veteran has been frustratingly consistent over the years. He's paced between a 50 and 60-point pace for each of the last six seasons with one career year of 69 points in 77 games sprinkled in.

The expectations were there to see him become a consistent 30-goal scorer. But they have failed to come to fruition. It certainly hasn't helped that his prime statistical seasons have coincided with Anaheim hanging out in the basement.

The 27-year-old had eight points through the first 19 games of the season while seeing some dastardly puck luck. However, it appears that the PDO gods are turning their favour with him as he has four goals and 10 points in the past six contests.

Rickard Rakell is an interesting one because he's a clear streaming option as he's owned in just 26.9 percent of ESPN leagues. He's been utilized all around the lineup this season - seeing time next to a plethora of forward combinations. At the moment, he's lining up next to Danton Heinen and Isac Lundeström on an interesting third line. But he's up on the top power-play unit.

Even with the uptick in goals and points of late, Rakell still owns a putrid 4.9 percent conversion rate and cannot buy a secondary helper. The luck should continue to bounce his way more than not if the luck-based metre is to be read correctly.

However, I'm not a fan of any Ducks these days - unless you're buying a heater. Anaheim has four games this week - two against LA and two against the Sharks. Those are games with suspect goaltending. The hot spell could last a touch longer for Rakell.

Not sure I would ever write the sentence, "first-line centre, Chandler Stephenson" but here we are. The Golden Knights are employing the 26-year-old speed demon next to Mark Stone and Max Pacioretty at even-strength. The results have been worthwhile.

Stephenson is riding a nice little four-game, five-point streak at the time of writing. His 14 points in 21 games put him miles ahead of any previous career pace. And while he's not usually seeing 50 or more percent of the power-play action, Vegas does the split unit thing meaning he's next to good players on the man-advantage and usually comes out of a game with at least 40 percent of that fun ice.

Now, it's not all rainbows and butterflies. The 26 percent conversion rate is going to crater. Likely in half. Can he continue to hold off William Karlsson and Cody Glass who would be more naturally offensive top-six centremen?

As it stands though, Stone is red hot and Stephenson certainly isn't hurting matters with his size and speed. The coaching staff will likely take the approach of if it isn't broke, don't fix it. At least for now.

Grab him for a stream if you can.

As the Canucks flounder near the bottom of the Canadian division, the expectation would be a selling future. That means UFA-to-be, Tanner Pearson is one of the clear options to move on to a better team. A better team can mean better fantasy results - sometimes.

Yet, the 28-year-old isn't doing himself any favours with his recent play. He's pointless in his last nine games and has just three points in his last 17. This despite seeing wildly consistent top-six time and secondary power-play deployment.

I think it's fair to keep an eye on him to see if he's moved to a contender and gets similar ice next to better players - maybe even hitting that sweet adrenaline-fuelled bump that a new team can provide to a player. But for now, he's waiver fodder.

Sticking with the Canucks, all-star defender Quinn Hughes is riding a streak that has seen him grab just a single assist over the last six contests. Things have settled down for the 21-year-old on both sides of the puck. This is probably an okay thing seeing as he had been disastrous defensively for much of the '21 campaign.

Still, you want your top dogs to be able to produce consistently. I wouldn't be too concerned here. His 22 points remain near the top of the defender scoring list - tied for second with Jeff Petry.

Role Hughes' out with impunity. The points will start flowing again shortly - especially if Elias Pettersson returns to the lineup sooner rather than later.

The Minnesota Wild have their starter.

Kaapo Kähkönen has emerged as a bonafide big league stopper as a 24-year-old rookie. I suppose we shouldn't be too surprised. Cam Talbot wasn't going to inspire much confidence and his .906 save percentage over 10 starts backs that up. Meanwhile, Kahkonen posted a .927 in 34 AHL starts and a .913 in five NHL starts last season.

A 26-save shutout of the heavyweight Golden Knights on Monday night was the first of his young career and extended his winning streak to seven games. He has a disgustingly good .943 save percentage over that span.

There is no hotter netminder in the league than this Finn.

The Wild has some exciting young talent on the roster and even more on the way. Kahkonen is staking his claim to be the backbone of this club moving forward.

It's been a tumultuous start to his CBJ career for Patrik Laine. The enigmatic winger turned a difficult first few weeks into 10 points in his first 10 games with his new club. Since then, though, he is pointless in six straight. Just two goals in his last 10.

What's worse is that he's barely averaging two shots per game over that span. I like my streaky scorers to at least be trying to shoot their way out of a slump.

The thing with players like Laine is you just never know when they're about to set fire to the league. So when you sit them down for a week because they're hurting you, statistically, that's exactly when they'll score six goals in two games. Because the world revolves around you and your fantasy team, and clearly hates you. I mostly kid, but doesn't it always seem to go that way?

So what to do? I like to look at ancient history to see if I can find some hints as to when the slump-busting game could occur. In the case of Laine, CBJ's next three opponents over the next six games are Florida, Dallas, and Carolina - three teams that Laine has had some pretty strong success against in the past.

All the advice I can give is to run him out there again this week and hope for the best.

Another player who is seeing ample offensive minutes and opportunity but has gone cold is Calgary's, Rasmus Andersson. The 24-year-old Swede has been living on the Flames top PP for much of the season - averaging 60 percent of man-advantage opportunities to date. But the points have quit flowing.

Andersson has just two assists in his last seven games. He has just two power-play points in the last 20 games. These are not the metrics you want from your PP1 quarterback.

I'm a big believer in Andersson as a real-life player. I was hoping this level-up in deployment would make me a believer in him as a fantasy asset as well. At some point though, the juicy minutes will start to decrease if he can't make an impact.

For now, he just needs to stave off the ghost of Mak Giordano and a youngster in Juuso Valimaki. That shouldn't be too difficult. But something to keep an eye on.

Alex Tuch is a Menace

The Golden Knights boast some of the best forward depth in the league these days. A big part of that is thanks to the emergence of Alex Tuch. The 2014 first-round pick has taken the slow road to point town. But he's here now.

Alex Tuch (@alextuch89) is putting in every puck he touches it seems. pic.twitter.com/tvGBclXnKQ

The 6-foot-4, 220-pound winger boasts blazing speed and the hands appear to have caught up to him now as well. He's running hot with nine points in his last seven, and 19 in 21 on the season. Somehow, though, he's not a universally owned asset in fantasy leagues. This could be in part due to his slotting in on the third line' and the 'second power-play unit'. However, just like I mentioned with Stephenson, Vegas' split unit formula means there are minutes and talent to go around.

Now for the Debbie Downer portion: He's clicking at 27 percent on his individual conversion rate. His previous career-high was 11.1. This isn't a volume shooter who we can hope will score his way out of these metrics by overwhelming the netminders with a vast amount of shots. Even if we're looking at a career-season, expect a regression to hit soon.

I'm buying in the short term though. 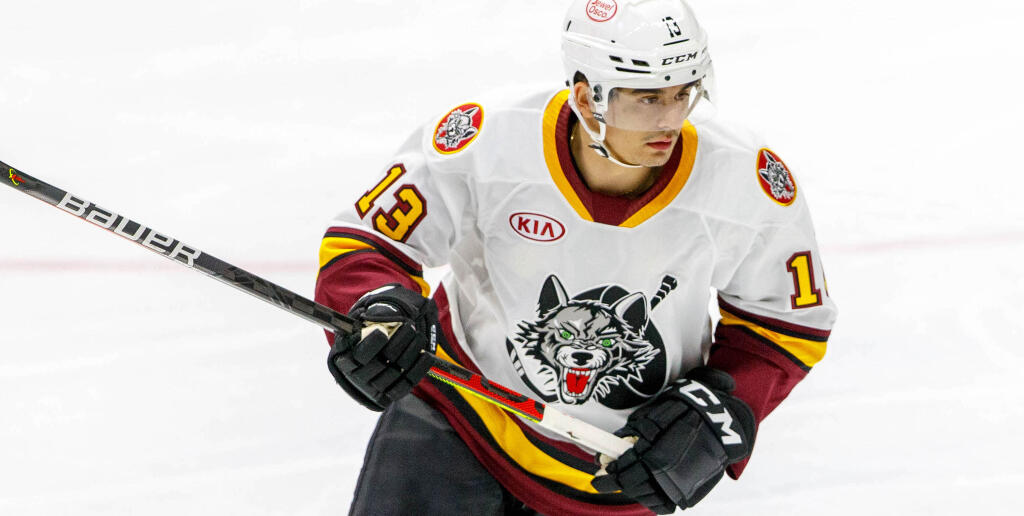 Next article Around the AHL: Why the NHL-CHL development agreement returns young stars to juniors