The Toronto Maple Leafs -- not content to stop at Nick Foligno (and Stefan Noesen, I guess) -- have completed their second trade of the day, this time picking up goaltender David Rittich from the Calgary Flames for a third-round pick in the 2022 NHL Entry Draft.

Multiple reports have since confirmed that the Flames retained the maximum allowable 50 percent of Rittich's salary.

Rittich, 28, is in the final season of a two-year pact that carried a $2.75-million cap charge annually. With the Flames retaining 50 percent of his salary, that leaves the Leafs on the hook for $1.375-million.

Those numbers might sell Rittich's contributions just ever so short though. Just take this season, for example. Rittich isn't getting any run support, and he's playing in an unrelentingly hostile environment for goalies in Calgary, as illustrated by this Evolving-Hockey graph. 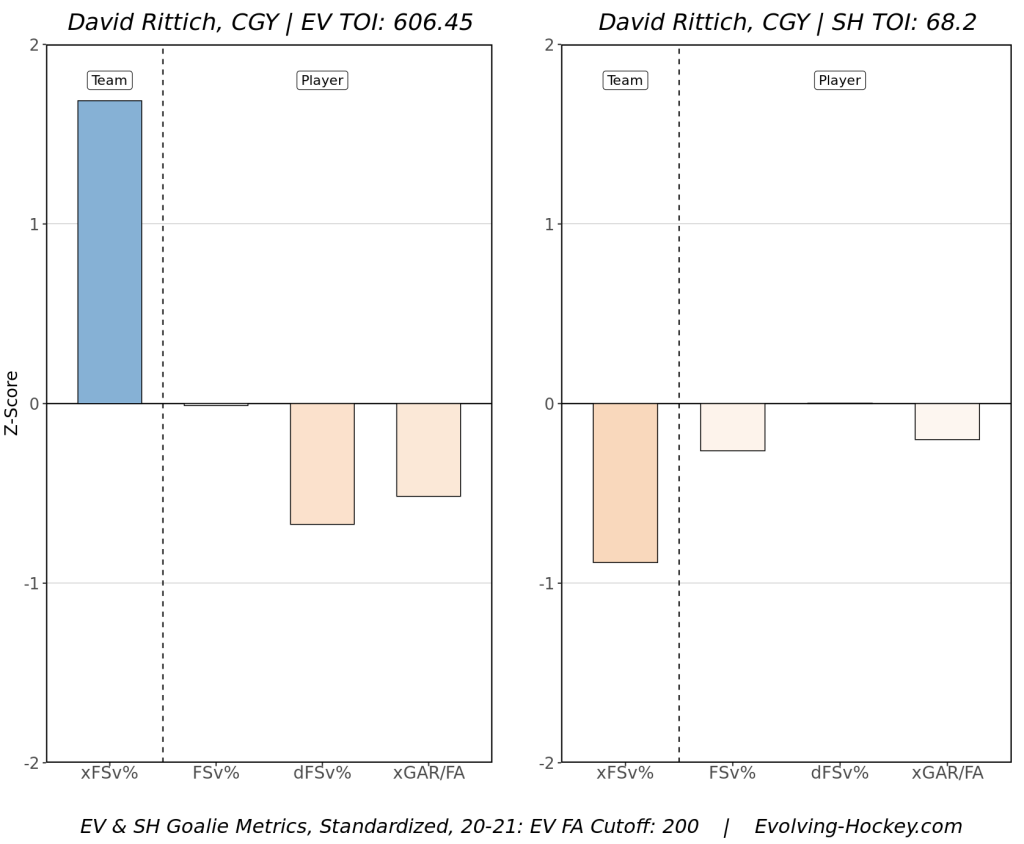 Then again, Rittich's put in about sub-replacement level goaltending over pretty much his entire body of work; he ranks 72nd in GSAA (Goals Saved Above Average) since joining the league. No running from that.

The Leafs don't ask too, too much of their goaltenders, and with the way Jack Campbell is playing, there isn't any reason to expect Rittich to play when the games start to count anyway, barring injury, of course.

This move does, of course, represent an ill omen for Frederik Andersen. It was only four days ago that Maple Leafs head coach Sheldon Keefe said that he wasn't concerned about losing Andersen for the remainder of the season, but he's since gone on LTIR (Long-Term Injured Reserve).

It should also be said that Andersen's form has taken a sharp turn for the worse in the last two seasons, to the point where he's rocking an .897 save percentage on the season. Even if Andersen can return in time for the playoffs, the Leafs are probably better off if they don't have to play him in emergency scenarios.

The price is a bit high for someone with Rittich's profile, but I suspect that this was the price of doing business for the Leafs to land a goaltender that wouldn't need to sit on the shelf for a prolonged spell in quarantine protocols.

The Flames, on the other hand, did pretty well for themselves. They turned a sub-replacement level goaltender with a .904 on the season and a poor record (not his fault at all, and a terrible way to evaluate goaltenders, but this league doesn't operate on the savviest terms...) into a pretty nice piece of draft capital. 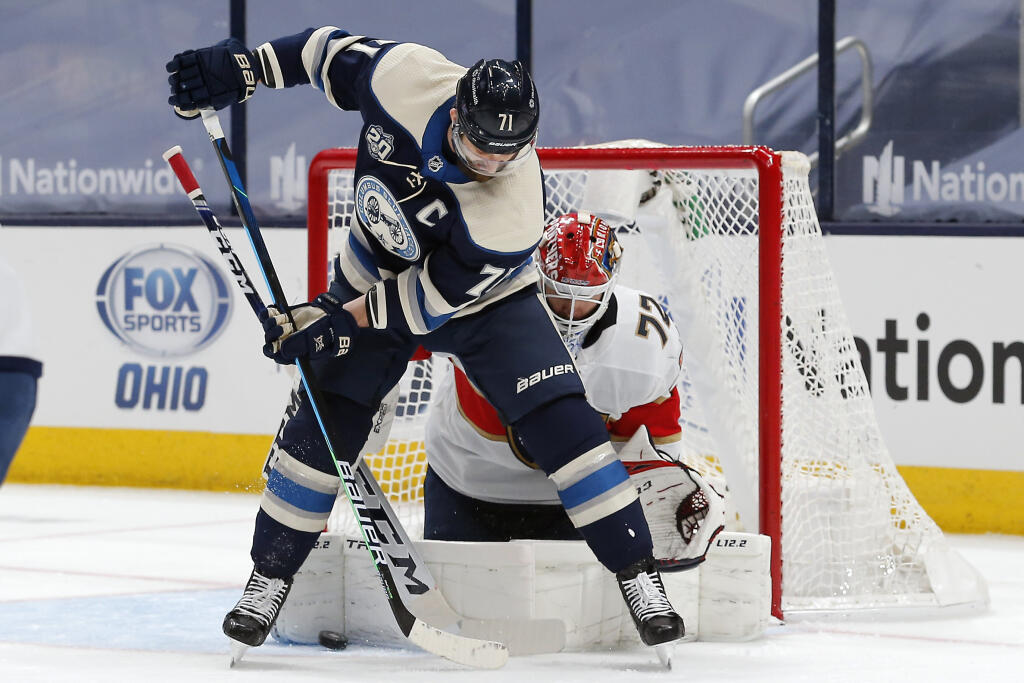