The New York Rangers have shocked the hockey world, as a report from Sportsnet's Elliotte Friedman confirms that the club has fired their general manager, Jeff Gorton, and team president, John Davidson.

The New York Post's Larry Brooks then followed up on this report, adding that assistant general manager Chris Drury survived the purge, and will, in fact, retain a fairly prominent role with the club.

BREAKING. Shocker. Rangers have fired John Davidson and Jeff Gorton, Post has learned. Chris Drury will remain with organization and will have prominent role.

Since then, Friedman has gone on to report that Drury will assume the role of Rangers general manager and president.

Chris Drury will be President & GM of NYR

It's been an eventful week at Madison Square Garden. There was the raucous, pitched battle between the host Rangers and the Washington Capitals on Monday to kick things off, one which saw the host team lose Artemiy Panarin for the balance of the season when Tom Wilson slammed him to the ice.

The Rangers followed that up on Tuesday with a statement, in which the team described the Department of Player Safety's head, George Parros, as "unfit to continue in his current role."

The (rightly) strident tone of the press release is such that many have wondered aloud if there's any there, there; perhaps a connection between the firing and the statement, one way or another. TSN's Frank Seravalli was quick to point out that Davidson and Gorton worked behind the scenes to distance themselves from that communication.

Sources say that #NYR president John Davidson and GM Jeff Gorton scurried to distance themselves from the team statement that was issued on Tuesday night, telling other executives that they did not know it was in the works until after it was released.

That doesn't appear to be the case, though. According to Seravalli's TSN colleague, Darren Dreger, the team's record was the determining factor.

I’m told the firing of Gorton and Davidson by NYR is coincidental and not related to the statement issued yesterday related to Tom Wilson. Another source says ownership felt the Rangers underachieved this season.

The Rangers sit fifth in the East Division as of this writing, with 58 points, eliminated from the playoff chase, which has them set to miss the dance for four consecutive seasons. Gorton leaves the Rangers having guided them to a 223-179-49 record in that stretch, while all the conducting a relatively disciplined rebuild. Gorton won't -- or rather, shouldn't -- be out of work for long. 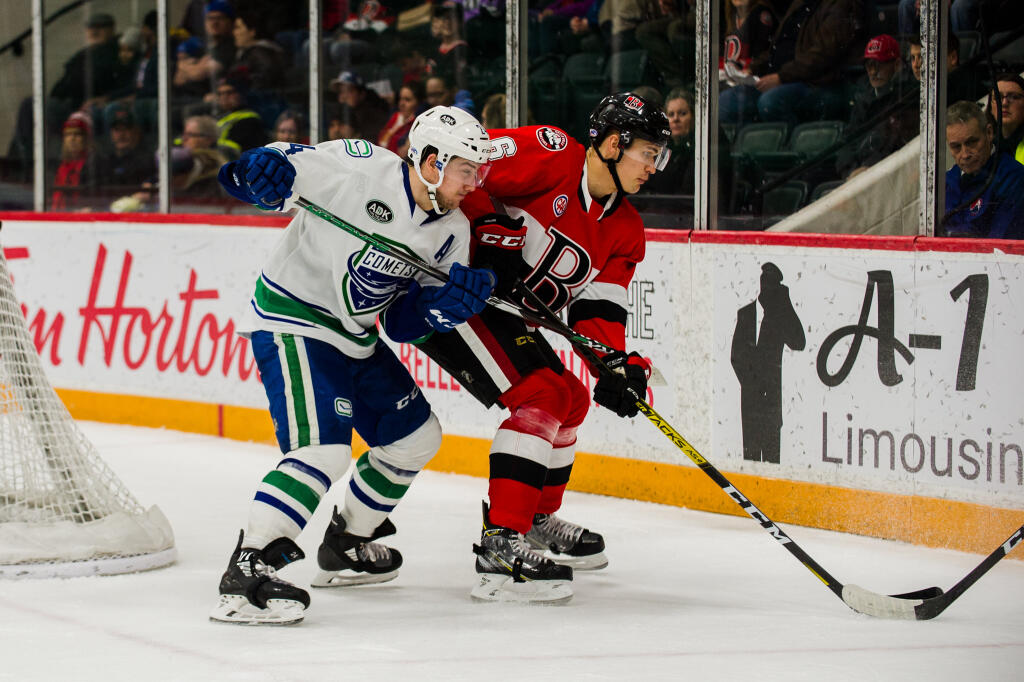 Next article Around The AHL: Vancouver Canucks announce intent to bring AHL affiliate closer to home