The Selke remains one of the most difficult of the NHL awards to understand. Not only is the actual criteria for it still largely indecipherable, but our ability to accurately evaluate defensive play is also easily biased.

A cool takeaway or stick lift is undoubtedly an impressive play, but being so positionally sound that a scoring chance never materializes in the first place is just as effective from a suppression perspective. Because our eyes are trained to fixate on the big, flashy plays, we tend to remember those more vividly when it comes time to form opinions on what we just watched.

Isolating defensive impacts and assigning individual value to them can be just as tricky though. Those metrics are often volatile and aren't typically as 'sticky' from one year to the next. Especially compared to the offensive side of things, where the primary drivers of success seem far more predictable. The point is that properly grading defensive play with confidence is difficult, and there's a lot that goes into any evaluation.

Depending on your personal preferences, I can see a fair argument for players like Auston Matthews and Anthony Cirelli deserving legitimate consideration this season. Elias Lindholm is a highly intriguing candidate, because he's truly authoring a fantastic season at both ends of the ice. Not only is he quietly scoring at a 42-goal pace, but he's also centring a line that's throttling opponents by a 52-19 margin at 5-on-5. He tends to get overshadowed because his style of play and the way he carries himself is more understated, but look at what he does to poor Mikko Rantanen with the game on the line.

With all due respect to them, however, they're not Patrice Bergeron. And that's a problem, because he's still the living, breathing embodiment of this award. Whether you want to frame it through the lens of 'two-way play' or a '200-foot game', he remains the gold standard at the position in year 18 of his Hall of Fame career.

Bergeron's statistical case is currently unassailable. With him on the ice, Boston may as well be playing an entirely different sport than everyone else. In the 667:13 5-on-5 minutes he's been out there for this season, here's how the Bruins have fared (via Natural Stat Trick): 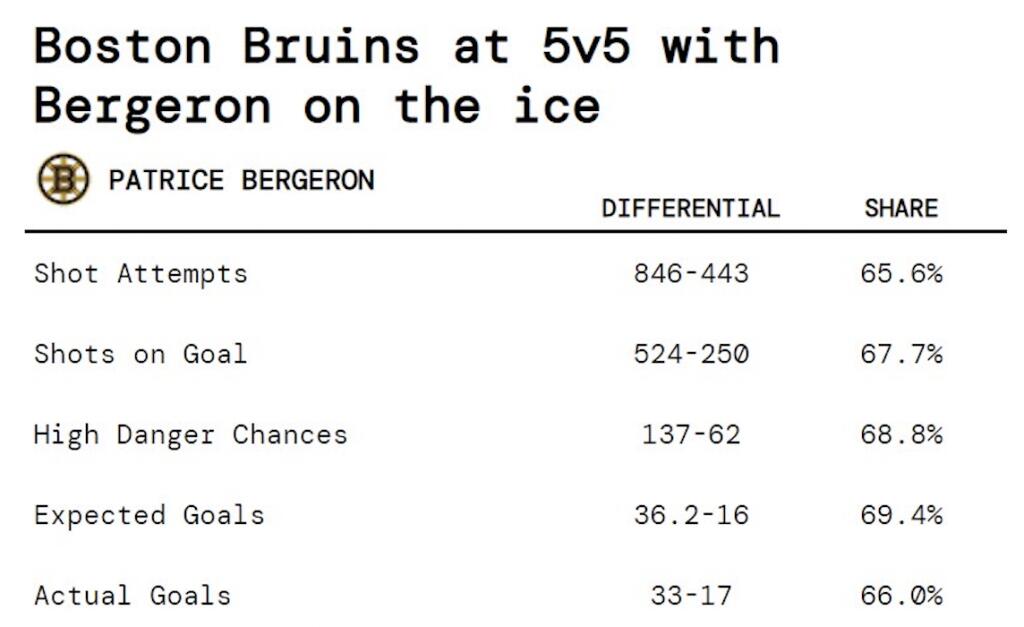 We can slice it down to an even more micro level than that if we want to. Out of the 53 games he's played so far, there have only been four occasions where the Bruins got outshot with him on the ice at 5-on-5. One came against the Golden Knights, and the total was only 5-to-4. The others came once when he went up against Calgary's aforementioned top line, and twice against Aleksander Barkov.

His unit has been outscored in only seven of those 53 contests, and never by more than one goal. A matchup in early January against the Capitals is actually the only time he's been out there for more than one goal against in a single game, and that's one his team ironically won comfortably 7-3. Considering all of his responsibilities and assignments, it's astonishing that he's winning matchups as frequently as he has been.

The importance of faceoffs is generally wildly overblown on broadcasts, but the idea that they don't matter is also a strawman at the other extreme. Of course, there's value in winning possession of the puck in high leverage settings, just so that you're not running important seconds off of the clock fighting to get it back. This year Bergeron is winning them at a career-high rate, beating the opposition in the dot 62.2 percent of the time. No one in the league takes more of them, and no one wins a higher percentage of them.

I know voter fatigue is real, and people will roll their eyes at the idea of the same players taking over all of the award bandwidth each season. There are certainly a lot of cases where veterans live off of name recognition and reputation, drawing accolades that don't really align with their quality at this stage in their careers.

But this just flat out isn't one of those situations. Bergeron is simply having a freakishly great season yet again. The impacts hold up remarkably well on their own, even if you strip the name association away from them. He's venturing into literally uncharted territory, posting shot share metrics approaching the 70s. He's still running full-blown masterclasses out there at 5-on-5 and on the penalty kill with Brad Marchand.

If he does wind up winning the Selke for a fifth time at the end of the year, it'll be deserved. It'll also somewhat surprisingly be his first since 2017, after finishing either second or third in voting in the four intervening seasons. Regardless of whether he does or not, the fact that he's sustained this level of brilliance this late into his career only further cements his place as one of the best defensive forwards to ever play in the NHL.

Which brings us to the big picture consideration here. He's turning 37 this summer, and with his contract expiring his future remains unclear. While I can't envision a scenario in which the Bruins allow him to play elsewhere any time soon, how much longer he's going to be both able and willing to keep doing this has to be on the forefront of Boston's mind.

Which is why I'm pretty bullish on them functionally saying "screw it," and going for a win-now approach as aggressively as they can in the short term. At last year's deadline, they were able to go out and get Taylor Hall and Mike Reilly, both of whom made a dramatic impact on the team's results, and were eventually retained in the offseason.

The existing question for the Bruins is the same as its seemingly been for years now. Do they have enough secondary scoring, and will they be able to win the minutes in which their top players aren't on the ice? They've tried to compensate for those concerns by splitting David Pastrňák up from Bergeron and Marchand at even strength, which has worked. The new-look second line with Pastrnak and Hall is consistently winning its matchups, and while Bergeron and Marchand certainly miss Pastrnak's ability as a trigger man, I fully believe that they would be able to come out ahead with you or I flanking them on the other wing.

But the recurring issue they keep bumping into is that they simply don't have enough centre talent after David Krejčí's departure, which has forced them into using up premium scoring minutes on someone like Erik Haula. Finding a way to better maximize that time is vital, and would really allow everything else to fall into place below it on the depth chart.

I don't know if they ultimately have the necessary resources to compel a team like the Sharks to fundamentally change their plans on the fly, parting from a player of Tomáš Hertl's calibre. The current reporting all suggests that their priority is to keep and extend him, but at some point, the combination of the dollars that it would take to reach an agreement, and the package of futures they'd be able to recoup via trade might become too rich to pass up.

He'd be such a perfect fit in every sense, specifically since he profiles as a player that could legitimately be expected to help turn the high volume of looks the Bruins generate as a team into more goals scored. While every team could use him, arguably none would benefit more from what he brings to the table than Boston would.

Finishing has unfortunately been an inescapable bugaboo for them, which is something Hertl has consistently thrived at. He's historically been a player that feasts on high-danger chances, consistently converting on them at an above-average rate. The only players who have had a higher number of dangerous looks than Hertl has in 2021-22 are Chris Kreider, Pierre-Luc Dubois, and John Tavares. Over the past five seasons, he's shot 15.7 percent combined, not falling below 12.6 percent at any point in that time. That combination of skills is hard to find, and it's pretty much exactly what Boston craves.

As a team, the Bruins are currently just 17th in scoring despite the fact that they're creating the fifth-highest rate of shots, because only the Los Angeles Kings, Philadelphia Flyers, and Montréal Canadiens convert on a lower percentage of their shots than they do. Controlling possession of the puck is good, but it's important to be able to turn it into something of substance by getting into the meat of the offensive zone as well. That's something Boston struggles with, reflected by the 22nd ranked rate they create high-danger chances at collectively.

To keep up with other Atlantic teams like the Florida Panthers, Tampa Bay Lightning, or Toronto Maple Leafs, they're going to need to beef up their existing lineup, and improve those figures. Bergeron is still so good that they should be doing whatever they can to position themselves to make a spirited run with this group. When the day comes where he's not anymore, everything is going to change in Boston anyway. 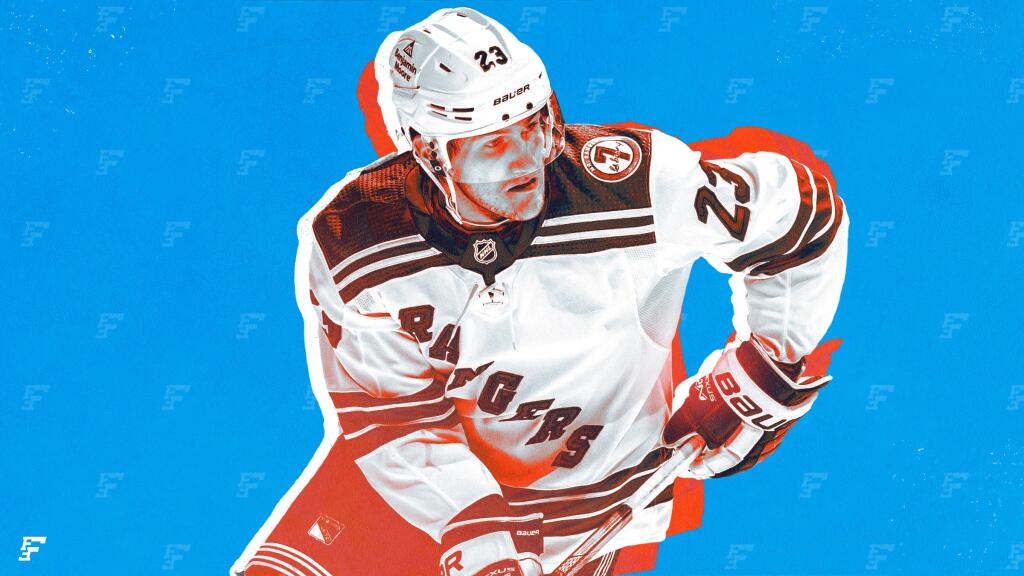 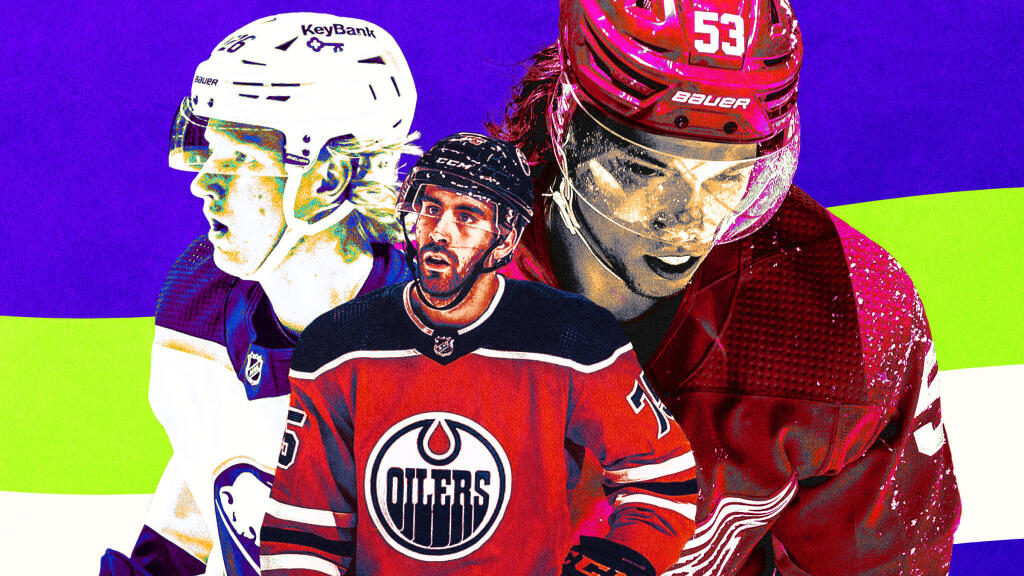 Next article Fantasy Focus: The next big defenders to roster