Size and skating are two coveted attributes at the draft, especially when they're part of the same package. And for good reason. The NHL is all about surface control. The more ice a player can cover in the span of a couple of seconds, the higher his impact on the game can be.

Maveric Lamoureux's own impact radius, when he reaches his prime, could extend far past his counterparts. The 6-foot-7 defenceman of the Drummondville Voltigeurs not only has an above-average reach, but also uncommon mobility for a player his size.

He has the speed to separate from the backcheck,  the agility to pull off skate fakes and spin moves on forecheckers, and the balance to fiercely defend the front of the net.

Of course, like other long-limbed prospects, he still has trouble achieving all of the right angles in his skating posture; his body proportions don't allow him to fold over like a 5-foot-9 powerlifter.

That being said, there are enough athletic abilities in Lamoureux's game to believe that he can become an average NHL skater down the line, something that, with his wingspan, could make him hard to deal with.

An inspection of his current form reveals that he is already reaching close to an optimal knee-bend and ankle flexion. His back is also kept relatively straight as he skates, not too hunched over, giving him stability. His skates recover wide of his shoulder, the area deemed "perfect" for a powerful stride, but this is expected considering the length of his legs. A textbook recovery might bring his center of mass well to the back and put him at risk of falling over.

Lamoureux's already sound skating form bodes well for his ability to translate added strength into explosiveness over the next few years.

This solid skating posture also helps free Lamoureux's handling. At the top of his game, on a good night, the defenceman can maneuver the puck around sticks and even pull off impressive one-on-one moves.

These highlight-reel moments are counterbalanced by many unforced errors, however. At times, Lamoureux's body doesn't seem to obey his finer commands. He misses the puck and passes completely, leading to turnovers ranging from small and inconsequential to spectacular and game-changing. These mistakes add the first layer of uncertainty to his projection.

As he moves up levels and the pace of the game and the talent of attackers increases, the turnovers could cost his team greatly.

Lamoureux's continued growth spurts might partly explain his occasional imprecision. The inches he keeps adding every summer forces him to constantly readjust his puckhandling and skating stance. The miscues will hopefully go down as he settles into a final form.

There is also a physical, in-your-face, side to Lamoureux's game that should get more prominent with time. As he gains speed and strength and learns to leverage his weight, he could start laying some thunderous hits on the boards and around the net, the kinds that will endear him to NHL coaches.

Defensively, Lamoureux is more comfortable in those one-on-one situations, where an opponent runs a predictable course that he can intercept, softly with his long stick, or abruptly with his large frame.

His tools can surprise. Many attackers thought they had beat him this season, only to see the puck cleanly scoop off their stick at the last second by a stretching Lamoureux.

The defenceman would gain from using this poke-checking ability even more. When he picks up his stick to knock opponents, he sometimes gives them an extra half-second to fire or pass through or around him. Learning to balance positioning and physicality, poke-checking and hitting, could be the next step in his development.

That, or working on his anticipation.

Switching rapidly from threat to threat and adapting quickly to teammates' mistakes is more difficult for him than shutting down an opponent in between blue lines.

His constant scanning of the ice, his high effort level, and great tracking numbers gives us hope about his ability to round out his shutdown game over the next few years, however, as he matures and gains experience. 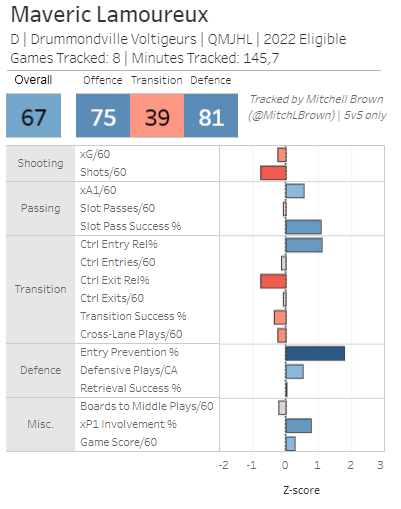 Lamoureux's entry prevention rate and his rush defence rank as one of the best in Mitch Brown's dataset. His offensive stats don't compare as favorably to others, but his expected primary assists and controlled entries show some playmaking abilities.

Lamoureux is not one of those large defencemen who like to keep things simple, who limit their puck touches and always look for the most direct route to offload the puck. He tries to create. He can make plays ranging from simple one-touch passes to more elaborate fakes.

As the season progressed, his poise and deceptiveness shone more and more.

Issues arise when Lamoureux doesn't have the time to look for the right option or when that option is not immediately evident. In those situations, he can force plays in closed lanes, leading to turnovers.

Overall, while Lamoureux had his flaws this season, it's likely that, due to of his slender frame and continued growth spurts, he's behind other draft-eligible defencemen in terms of development. His evaluation required more patience and projection than others. If Lamoureux can become a more refined player over the next few years, more and better plays will open up for him, which could improve the quality of his decisions.

While we do believe in his development, the extra projection needed when looking at a player like Lamoureux carries more risk. The further you have to look to see someone's NHL future, the less likely it is.

When ranking Lamoureux, one has to carefully weigh his lower certainty against his higher upside. 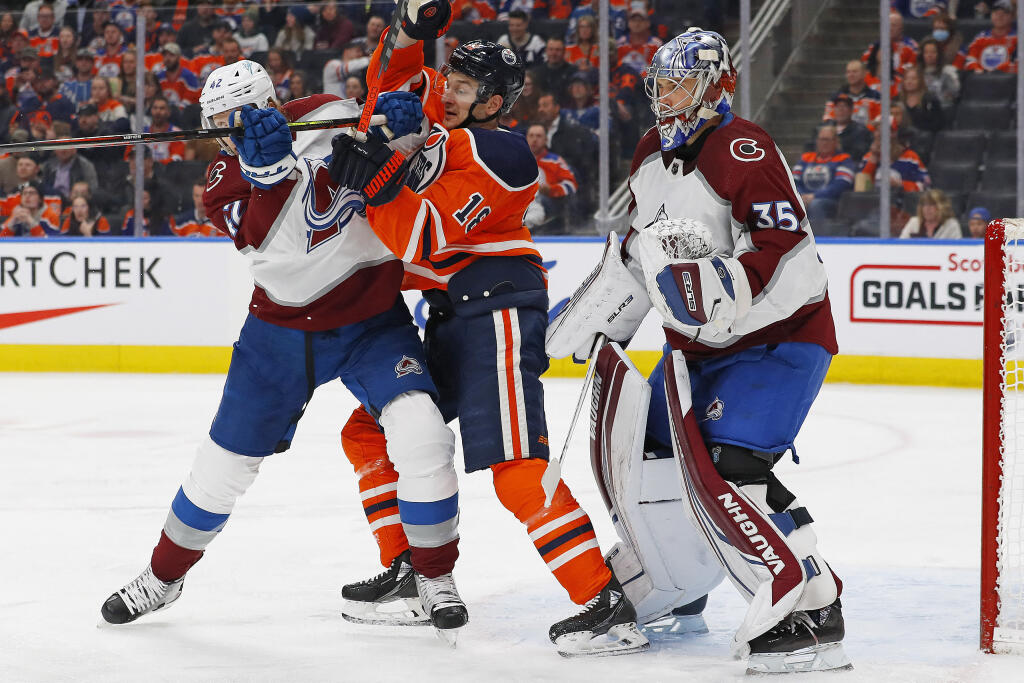 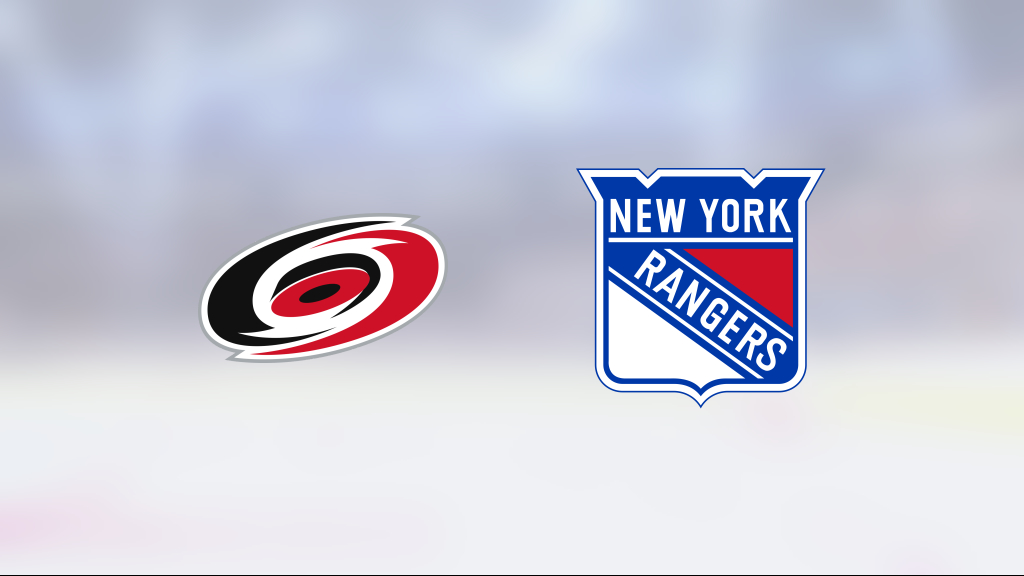