We finally have another trade to break down! The Chicago Blackhawks officially ended the Alex DeBrincat sweepstakes just hours before the 2022 NHL Draft, sending him to the Ottawa Senators for a package of three picks.

Let's take a closer look at the machinations of this deal for everyone involved, including what DeBrincat brings to the table as a player, why the Senators identified him as the particular asset they wanted to bet on, and what the Blackhawks were eventually able to get for him after months of speculation. 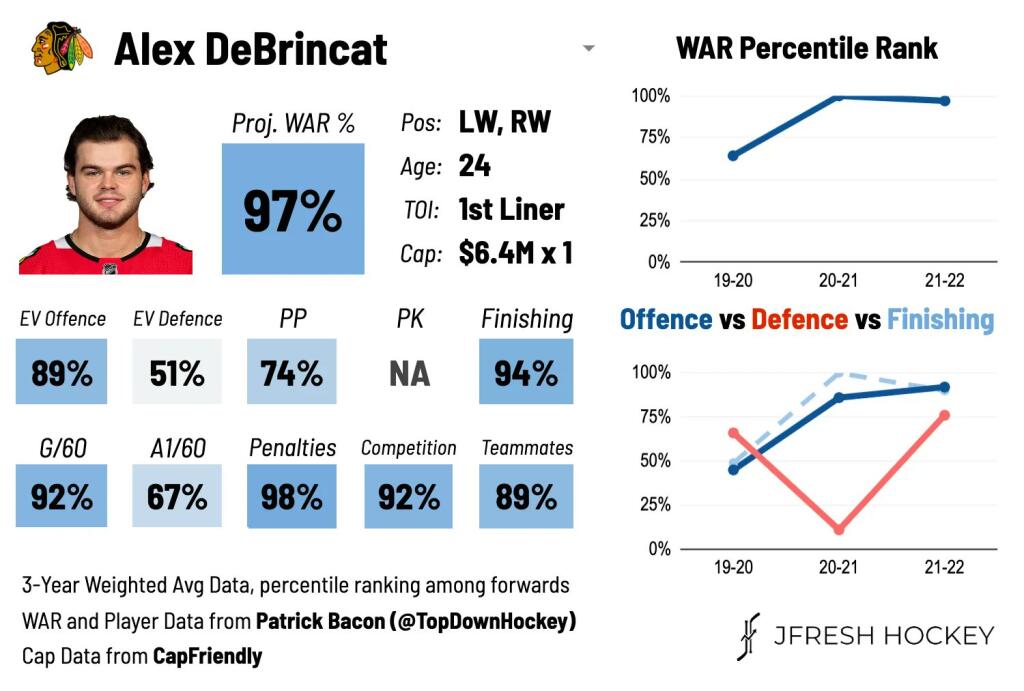 The Senators desperately needed some kind of tangible win this offseason. They were reportedly in the mix for Kevin Fiala last week, but at the time I was highly dubious that they were actually willing and able to pony up the $55.125 million it took f