Sweden is 2-0 through its first two games of the 2022 IIHF World Junior Championships, which re-started earlier this week in Edmonton, and contrary to expectations, the best player for this winning Swedish team hasn't been one of the best-known names. It hasn't been Fabian Lysell, Simon Edvinsson, or Jesper Wallstedt (although the trio has performed well).

When putting Andrae's performance in the context of his last season, however, one shouldn't be surprised by it. His HockeyAllsvenskan campaign was historical, the best by a defenceman in the league. He played more than 20 minutes a night, lead the defensive group with 0,80 points per game, and stepped up even more in the playoffs with 11 points in 10 games.

Of course, the historical tag comes with a caveat; most top defencemen his age are playing in the SHL, AHL or NHL, but it remains a great accomplishment, as the second-tier Swedish league remains a very competitive league.

At this tournament, Andrae's impact has been felt mainly on the offensive side of the game, especially on breakouts.

The secret of Andrae's effectiveness when retrieving and moving pucks off the back wall in the defensive zone is his awareness, and his frequent and purposeful shoulder checks.

The defenceman doesn't just scan behind him once or twice; he looks every half-second as he moves to a loose puck, mapping the whole ice, the angle of opponents coming toward his team, the position of his teammates, and the vector of the puck.

His awareness was already one of the main qualities in his draft year, but he developed it even more since then. It has allowed him to make sound passes on exits in this tournament, the kinds of simple and effective feeds the coaches love from their defencemen.

The first clip in the video above was an especially good sequence from Andrae. Not because he pulled off a highlight reel play, but because he showed a lot of refined habits, including the shoulder checking.

As the puck hit the back wall, Andrae looked behind him three times. He registered the speed of the F1 forechecker coming from him and adjusted his pathing to beat him.

He slowed down, let the forechecker get close to him, and faked a behind-the-net rim with a stick and shoulder movement, before stepping out of the forechecker's way, as he began to veer to intercept that fake rim.

Before a second forechecker could intercept the puck, Andrae managed to slide it to his winger up the wall.

What's impressive about this sequence is the planning that went inside his moves: the purposeful deceleration to reaccelerate, the deception, and, most of all, the timing of all of his moves.

Andrae showed his timing ability in his activations, too. He skated to meet teammates on the rush and inside pockets of space in the right frame, with the right speed, not too fast or slow, to give them a release from pressure, get the puck, and find scoring chances up-ice.

The sequences in the videos show that Andrae has a good understanding of the offensive game. He knows how to move the opposition out of the way of his plays, like on this goal where he walked to his strong side to move the defence one way before firing against that movement to the far side of the net. 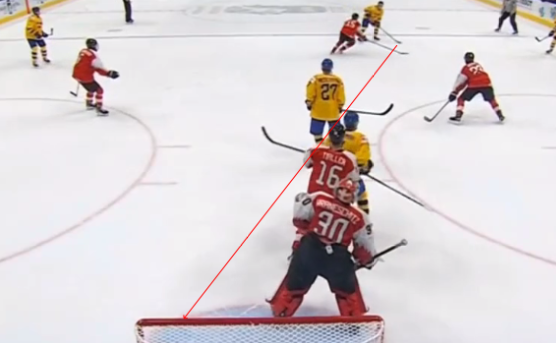 This understanding of the offensive zone and breakouts scheme is projectable to the NHL. It's what has made him such an effective quarterback for Sweden in their early games and what should continue to make him one against even the stronger formations that await them.

When moving from performance on to projection analysis, however, some issues come up with Andrae's plays, the main ones being his sometimes aggressive approach to defence and puck-moving, a tendency that his weaker skating sometimes doesn't support.

Andrae is not very explosive out of his moves.

One can see that from the first clip in the video below where he tries to shake an opponent coming at him on a regroup. His shimmy move is well executed. He slides one way, shifts his weight like he is passing to his partner, and then tries to push off his right leg to attack the wide lane and go around the approaching forechecker.

Unfortunately, Andrae didn't pick up enough momentum with his footwork before the move and he didn't generate enough acceleration out of the move to beat the opponent. He loses the puck in a dangerous spot.

The rest of the clips are defensive sequences. You see the difficulties he has matching attackers off the rush, either with backward crossovers, pivots, or forward strides.

His stride formation doesn't any important issue, but a slight lack of flexion in his lower body, coupled with a rounded back, and probably a general lack of explosiveness — at least compared to other top defensive prospects — could continue to limit him going forward if he doesn't alleviate those weaknesses.

Andrae's handling skills, playmaking ability, and general feel for the offensive game could lead him to an NHL power play role. To earn such a spot, however, he will have to prove he can defend and control the play at 5-on-5, two elements that will require both skating development and an ability to judge what sort of plays his skating allows him to pull off, offensively and defensively, against his level of competition. 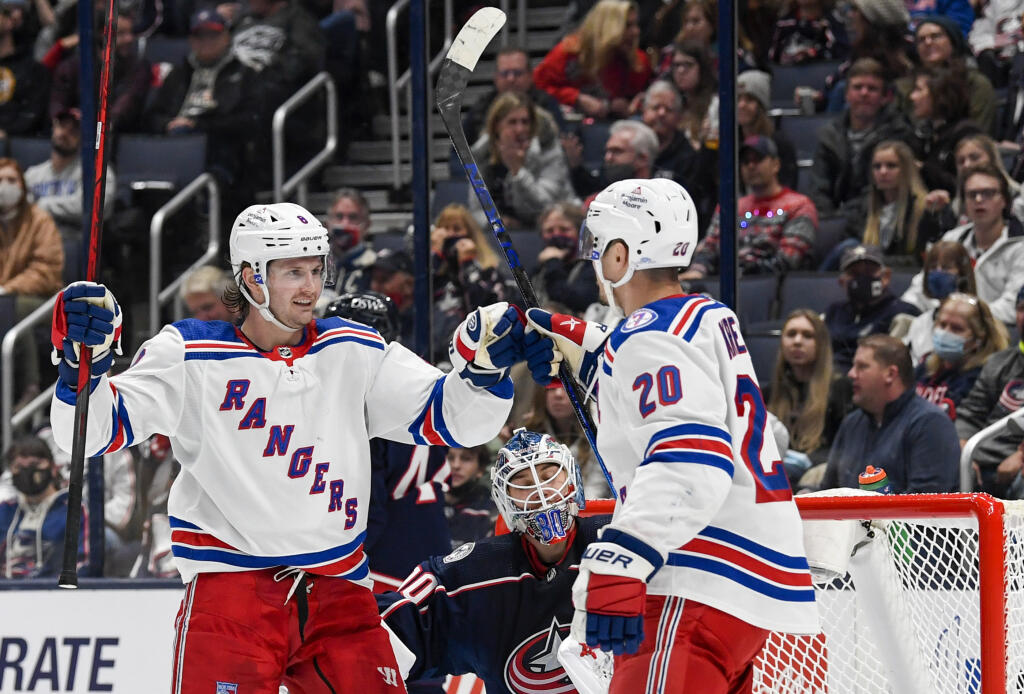