The Pipeline Show this week was all about recaps and reviews. The 2019 World Junior Championship and the Canadian Hockey League’s trade deadline drove the discussions I had with four of my five guests.

The 2019 World Junior Championship was a success on many levels and ended with a fantastic gold medal game and a victory for Finland. To put a bow on the entire event, I called upon the radio voice of TSN’s coverage of the 2019 WJC, Jon Abbott.

Abbott and I started the conversation talking about the success of the tournament from a fan perspective and how for the first time in the last few years (aside from Helsinki in 2016), low attendance was not a story.

From there we turned our attention to the performances of the individual countries beginning with what may have “gone wrong” for both Canada and Sweden. Of course we discussed the highly entertaining gold medal game but also the inspirational play of Kazakhstan with the exact opposite feeling for Denmark. Swiss coach Christian Wohlwend was a media magnet once again too.

Finally, we talked about some of the memorable moments from the games including the double penalty shot awarded to Switzerland and more.

The trade deadline in the QMJHL was January 6th, four days earlier than in the OHL and WHL. There was plenty of movement although it would be difficult to argue that the balance of power in the league was greatly altered after the dealing was complete.

To analyze the trades in the Q, I called upon longtime junior broadcaster Mike Sanderson.

We started with Mike’s overall sense of the trade activity and how it compared to recent years. From there we looked at the decision of Quebec Remparts GM Patrick Roy to sell off and how quickly he could remodel the franchise to his liking.

The clubs that added – Drummondville, Rouyn-Noranda, Baie-Comeau – featured prominently in Sanderson’s recap of the deadline moves and what those trades mean for those clubs.

We also discussed the Halifax Mooseheads who, despite the tradition that sees Memorial Cup host teams bulking up at the deadline, did relatively little at the last minute.

Lastly, I asked Sanderson for his thoughts on the recent coaching news out of Moncton where the Wildcats parted ways with Darren Rumble. Where do the Wildcats go from here without a GM or a head coach?

There were some pretty big names moved prior to the deadline in the Ontario Hockey League. To assess the deals, I called upon the radio voice of one of the busier teams, Larry Mellott from the Guelph Storm.

Larry and I last connected around the 2014 Memorial Cup when the Storm and the Oil Kings collided in the final (Edmonton won). Our broadcast tables for that final game were right next to each other, close enough that we probably could have held hands while we called the games on our respective broadcasts.

The Storm are all-in with the acquisitions this week of  MacKenzie Entwistle,  Markus Phillips, Fedor Gordeev, Sean Durzi, Zachary Roberts and Nick Suzuki. Prior to Christmas the club dealt away Ryan Merkley and Tag Bertuzzi so I asked Larry to explain those decisions as it may have confused those on the outside looking in.

From there we looked at how the deadline has changed the western conference outlook for the London Knights, Owen Sound Attack, Soo Greyhounds and the Saginaw Spirit. I asked Mellott for his thoughts on the Ottawa 67’s and the rest of the eastern conference as well.

By comparison to the other two CHL leagues, the Western Hockey League’s trade deadline was more subdued. Part of that is because of new trade regulations the league created at the start of the year that limits movement of specific players; no trades of signed 16 and 17 year old players unless those players (and their agents) agree to the deal. Basically, a no trade clause for high school aged players.

There were still some notable trades although some of the bigger ones were actually completed over the last month and a half instead of in the hours leading up to the cut off. To process the player swapping, Andy Eide of ESPN 710 in Seattle was my guest.

Eide suggested that the Everett Silvertips might be the most improved team but already sitting atop of the Western conference, it was more about cementing that position. Portland, also made a couple of trades while the Spokane Chiefs did not, outside of Jaret Anderson-Dolan‘s  return to the line up.

The Prince Albert Raiders added scorer Zack Andrusiak from Seattle while everyone else in the division did little more than tinker.

But how much did the landscape across the WHL actually change?

The second half of the college hockey schedule is underway and that means the annual list of players who are leaving some programs while others join new teams after leaving this time last year.

Mike McMahon is a long time scribe at College Hockey News and he’s my guest this week to talk about why transfers happen at this time of year and which moves are significant this year, and why.

McMahon also covers Hockey East so we preview that conference and what stories he is looking at in the second half of the schedule. Can Boston College keep it going after a slow start? Is Providence the team to beat or is it the upstart Minutemen from UMass? Why hasn’t Boston University been able to turn their fortunes around yet? 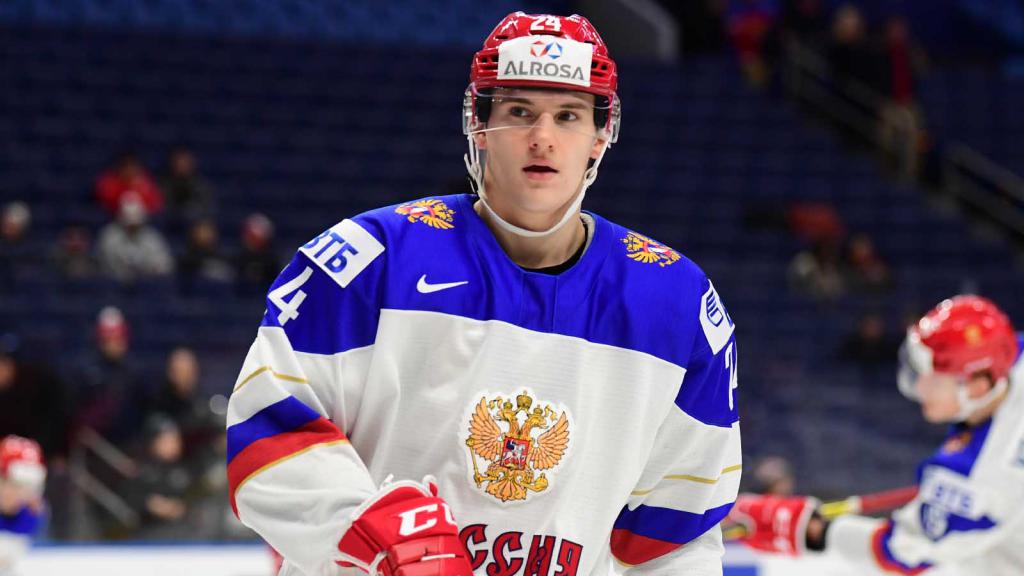 Next article WJC REVIEW: Bronze medal on par with expectation for Team Russia