Greatest Draft Class of All-Time? A Look At How the 2018 OHL Rookies Have Fared

Since the OHL Priority Selection Draft was introduced to the Ontario Hockey League in 1991, It is not expected for rookies to produce consistently at the junior hockey level. In recent memory, there has not been very many 16-year olds to have excelled in their first year, or put up ridiculous numbers for that matter.

This is due to the reason that the jump from Minor Hockey to the junior level is an extremely difficult process for any player, even those who dominated at the ‘AAA level. To put things in perspective, three out of the top five players in the OHL scoring race this season (Morgan Frost, Justin Brazeau, Kevin Hancock), were all unable to hit the 30-point mark during their first season as an OHL player.

However, the most recent wave of rookies may have broken that barrier.

The 2018 OHL Draft showcased some of the most premier talent that the Ontario Hockey League had never seen before, on the count of the quantity of 16-year olds producing at such a high rate. The 2002 birth year shattered all expectations, and it was the first time in OHL history that 2 sixteen year old rookies were able to average a point-per-game (Perfetti, Byfield).

Here are the top players from the 2018 OHL Draft to have impressed in their rookie season:

Not very many players are able to make the impact that Quinton Byfield did in their first season in the Ontario Hockey League. The Newmarket native was able to do the unthinkable, leading the Sudbury Wolves to a 4th seed in the Eastern Conference, after finishing last just a year prior.

While Byfield did not have the same talent around him unlike the other rookies in this draft class, he managed to make his teammates around him better, such as rejuvenating former first overall pick David Levin, as he was able to earn career-highs in everything this season.

Byfield did not stop there, as during the OHL Playoffs, he remained a catalyst for the Wolves, tallying 8 points in 8 games.

The former York Simcoe Express captain will only improve from his rookie season, and could possibly contend with Alexis Lafreniere for the first overall pick in the 2020 NHL Draft.

The Saginaw Spirit had one of the most successful off-seasons in the OHL, as they managed to convince Detroit Red Wings prospect Bode Wilde to join the Spirit rather than go play college hockey in the NCAA. On the other hand, they were also able to do the same with their 3rd overall pick Cole Perfetti, choosing Saginaw over the college route.

Perfetti showed critics that he made the right decision, producing one of the greatest rookie seasons in OHL history. The former Whitby Wildcat and Vaughan King broke the franchise single-season record for most goals as a rookie (with 37), highlighted by a 4-goal game against the London Knights on March 9th.

Looking for a new face of the franchise, the Erie Otters elected to use their 2nd overall pick on Toronto Marlboros captain Jamie Drysdale. Dealing with the pressures of filling the void left by former Otters from the likes of Connor McDavid, Dylan Strome, and Alex DeBrincat, Drysdale delivered.

While the Otters still found themselves a shell from their former self, Drysdale already solidified himself as one of the top defensemen in the Ontario Hockey League, and to do that as a rookie was impressive.

Drysdale displayed significant poise as a sixteen year old, logging big minutes and also contributing on the offensive end, notching 40 points. Not to mention that his leadership was acknowledged by Hockey Canada as well, as he captained Canada Black at the U17 Championships.

Originally born in Quebec, the Sarnia Sting took the chance on selecting a player that played his Minor Midget hockey in the United States in Jacob Perreault, the son of former longtime NHLer Yanic Perreault.

With the Chicago Mission (who were considered the top Minor Midget team in North America), Perreault led the team to 2 National Championships, which meant high expectations when he set foot into Sarnia.

Perreault filled the void at the beginning of the season when Jamieson Rees was out due to injury, and when Rees returned the Sting had one of the best 1-2 punches in the entire league. Playing with one of the top players in the 2019 NHL Draft in Rees, Perreault showcased his abilities to shoot the puck netting 30 goals, but as well as his underrated playmaking ability as he silently amassed 25 assists as well in his rookie season.

After winning the Memorial Cup in 2017 on their home ice, the Windsor Spitfires faced the harsh reality of a rebuilding season following the loss of nearly half of their roster. The Spitfires still finished 6th in the Western Conference despite the losses of players like Jeremy Bracco and Logan Brown.

This gave them the 10th overall pick in the 2018 Priority Selection, where they would pick Toronto Titans star center Jean-Luc Foudy. Much like the other players on this list, Foudy had large shoes to fill due to the reason that his older brother is Liam Foudy, the big time winger for the London Knights and a first-round pick of the Columbus Blue Jackets.

Foudy played top-6 minutes as a 16-year-old for the Spitfires, something that is rather uncommon in the Ontario Hockey League, and displayed his unique playmaking ability, leading all rookies with 41 assists, and would constantly connect with other top-10 pick Will Cuylle, creating chemistry in the process.

Playing with fellow first-round pick Cole Perfetti throughout Minor Midget on the Vaughan Kings, Tyler Tullio was chosen to a Oshawa Generals team that was up-and-coming and nearing the end of their rebuild after winning the Memorial Cup just a few years prior.

With talent around him such as Allan McShane, Brett Neumann, Serron Noel, and Danil Antropov, Tullio’s role as a rookie was to provide secondary scoring to an already revamped roster, and that, he did.

Tullio’s secondary scoring was the difference in making the Generals from a good team to a great team, tallying 42 points (15 goals, 27 assists), as Oshawa cruised to 3rd place in a rather competitive Eastern Conference.

Will Cuylle caused earthquakes when he instantly committed to Penn State after the Peterborough Petes made him the 4th overall pick in the Priority Selection. Refusing to report to the Petes, he was traded to Windsor for a plethora of picks, giving the Spitfires 2 top-10 picks to build their roster around.

Spitfires General Manager Warren Rychel knew they were getting an elite physical goalscorer when they traded for Cuylle (who potted 33 goals in 42 games in his draft year), and Cuylle lived up to the hype in his rookie season.

Cuylle scored a total of 26 goals as a rookie, and paired with Jean-Luc Foudy, the Spitfires developed one of the most powerful duos in the league, and with both of them just entering the league, there will be plenty of improvement for them to continue their abilities on the offensive end. 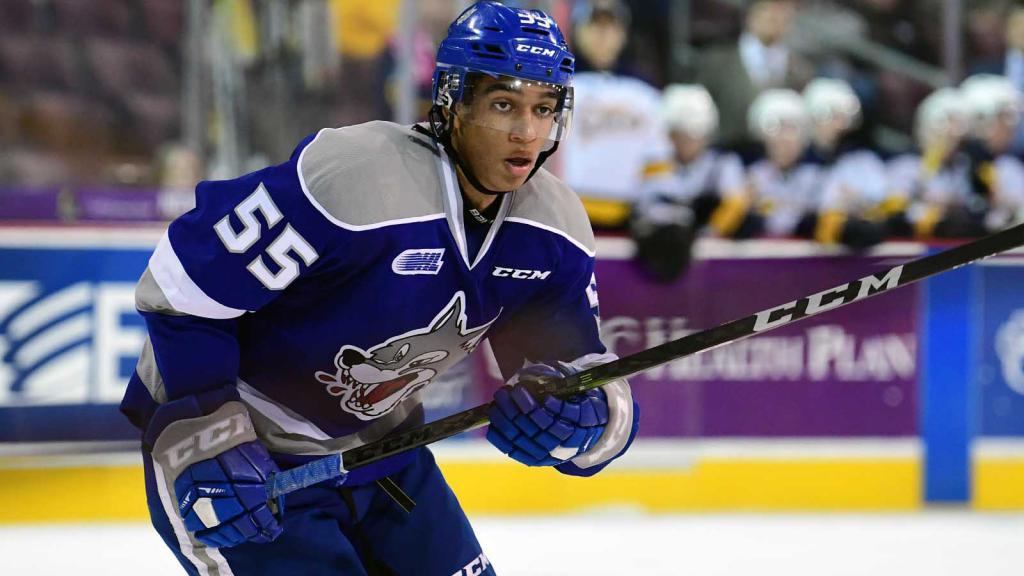 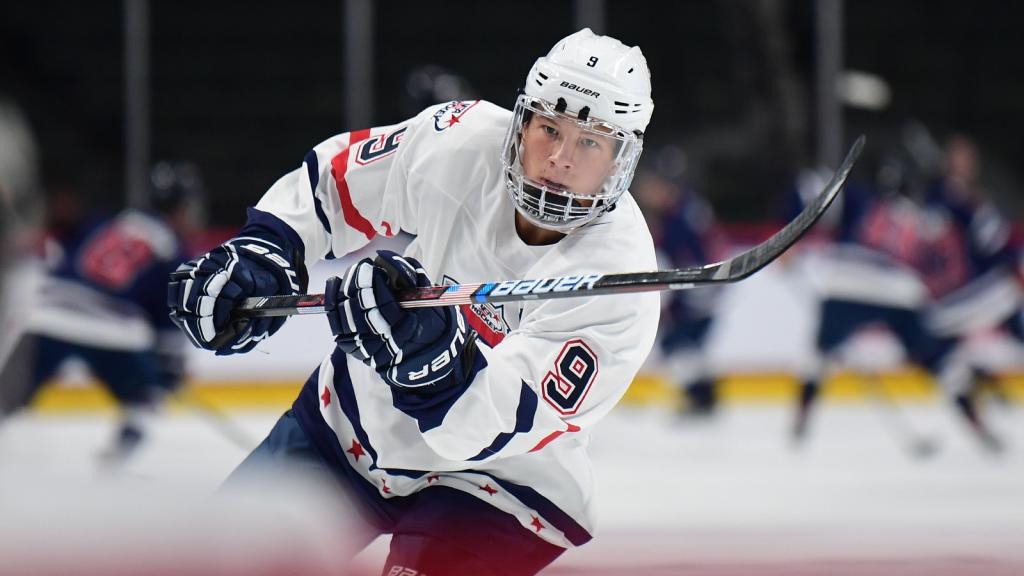 Next article COHEN: Who’s the Best Power Forward in the 2019 NHL Draft?