Little known and under the radar.

Now, not so much.

Alexander Campbell of the Victoria Grizzlies has found plenty of spotlight as one of the sharpest risers in the 2019 NHL Draft.

“Before he came here it was hard to find anywhere where they said he was an NHL prospect, and then suddenly with the rise…it just went right up the charts,” Grizzlies head coach and general manager Craig Didmon said. “At first they just wanted to talk to Alex [Newhook] and lately they’ve been setting up two interviews every time they come into town.

“He’s certainly risen and now that he has an opportunity to show his wares on his own, the scouts are still really interested in how he’s doing now, too.”

As a 17-year-old rookie, Campbell has 61 points (21 goals, 40 assists) through 49 games. The total puts him eighth among all skaters in the British Columbia Hockey League, and third among rookies.

Admittedly, even he didn’t expect such sweeping success this early.

“Coming into this season I wasn’t really expecting too, too much,” said Campbell, who had 74 points (39 goals, 35 assists) in 50 games at Stanstead College prep school last season. “I just wanted to get my feet wet with junior hockey and I just wanted to prove myself.

“I started off pretty well.

“The production was there and the confidence was growing. Definitely started the season really good and as the season progressed, I got moved onto Alex’s line, which is obviously fun playing with such an amazing player.

“I think it was just big on growing the confidence as the season goes on.”

It didn’t take long for that confidence to grow in the 5-foot-11, 155-pound forward.

“At the start of the year he started as a real good complimentary player on a line,” Didmon said. “He has great offensive abilities and he really helped that line with Newhook on it and [Riley] Hughes. It just seemed to finish off with making it a complete line. He was a guy that could always find a loose puck and create something by just good checking and things like that. He was complimentary to that line.

“Now he’s playing center ice. He’s just showing that 200-foot game and a little more strength around the puck. He’s showing that he can play at both ends of the ice.

“I think he was a young guy that came in with some expectations and the fact that he’s considered (near) the top-40, he’s come a long ways that way mainly because he’s continued to produce from start to finish and has been timely with big goals.

“You see a guy come in…he was a Midget hockey player when he came in and now he’s evolved to an elite Junior player.”

Scouts have seen that evolution, too.

And while they may have flocked to check out Newhook, Campbell has given them another reason to make the trip.

“He’s a pretty amazing player and very, very highly ranked and well deserved, for sure,” Campbell said. “He’s attracting a lot of NHL scouts. Just playing with him or even on the same team as him gives me extra looks as well.

“If you just watch him play, he’s a hell of a player.

“He kind of helped me get my name out there, for sure.”

It’s not just the Newhook rub, though.

Campbell has earned his way up the draft chart.

Nary a mention across the landscape before making the cross-country trek to Victoria, the native of Chateauguay, QC now slots No. 42 among North American skaters in Central Scouting’s ranking.

“Obviously the attention is a lot higher now than ever before,” said Campbell, who has committed to Clarkson University of the NCAA. “To me, it’s no added pressure. Coming into the season there was no real expectation for me. For me, I play the same way and don’t let anything get to my head because at the end of the day those things are kind of out of our control.

“You just have to go out there and play hard.

“I mean, obviously you think about it a little bit but it’s more outside of the game than while you play. To me when I’m on the ice it’s just about the game and nothing else.”

“I think he’s taken it in stride,” Didmon said. “He’s not a highly emotional kind of kid. He just takes everything one day at a time. He’s not one that’s going to talk about it a lot.

“I think he likes it. I think he’s impressed with how he’s kind of risen on the list through the year. I think he’s just accepting it and working through it. I haven’t seen him play a bad game yet so I can’t say he’s been stressed out or anything like that. He hasn’t cracked under pressure. He just seems to continue to play every night and play good games.

So well, in fact, that he hasn’t quite realized the trip he’s on.

And the fact that his play has put him in a strong position on draft day.

“It hasn’t really sunk in yet,” Campbell said.

“Obviously there’s still a lot of season left to play but that hasn’t really sunk in yet.

“Until the moment actually happens it’s still a little unbelievable for me.”

You may also be interested in: Newhook wise beyond his years – looking to make history This article is about:
Features NHL Entry Draft 2019 NHL Prospect Report Victoria Grizzlies BCHL Alexander Campbell
Scoring Leaders 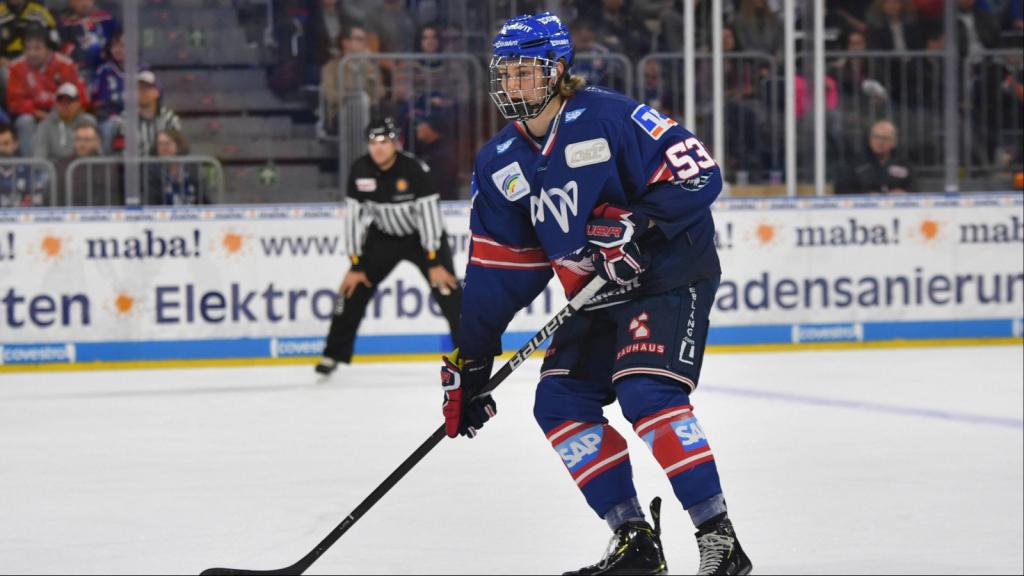