The are only four teams with a regulation loss remaining. Montréal, Washington, Dallas and Florida each extended their season-opening point streak with wins on Thursday.

Alexandre Texier gave Columbus a shootout win over Florida with some magic trick. Describing it won’t do it any justice but it was a right-handed slide right through the five-hole.

It's a perfect night for Petr Mrazek (@pmrazek34), going 31/31 to get the @pepsi shutout. pic.twitter.com/JQaqszKm96

Linus Ullmark made a ridiculous save during Buffalo’s game against the New York Rangers.

Colorado centreman Nazem Kadri factored into all three goals against San Jose. He had two goals and an assist.

Kadri scored the game’s first goal at 9:55 of the period. He extended the lead to 3-0 at 18:54 when he redirected Cale Makar’s shot from the point.

Christian Dvorak’s second goal of the game came on the power play with 4:26 remaining to seal a 3-2 win against Anaheim.

He finally did it. Alexis Lafrenière scored his first NHL goal at 2:47 into overtime to give the New York Rangers a 3-2 win over Buffalo.

The 2020 NHL Draft No. 1 overall pick went six games without a point before tonight. He is the first No. 1 pick to score his first career goal in overtime.

Dressed to IMPRESS for postgame availability.

Hear from the man of the hour post-first NHL goal: pic.twitter.com/022dNjpY9V 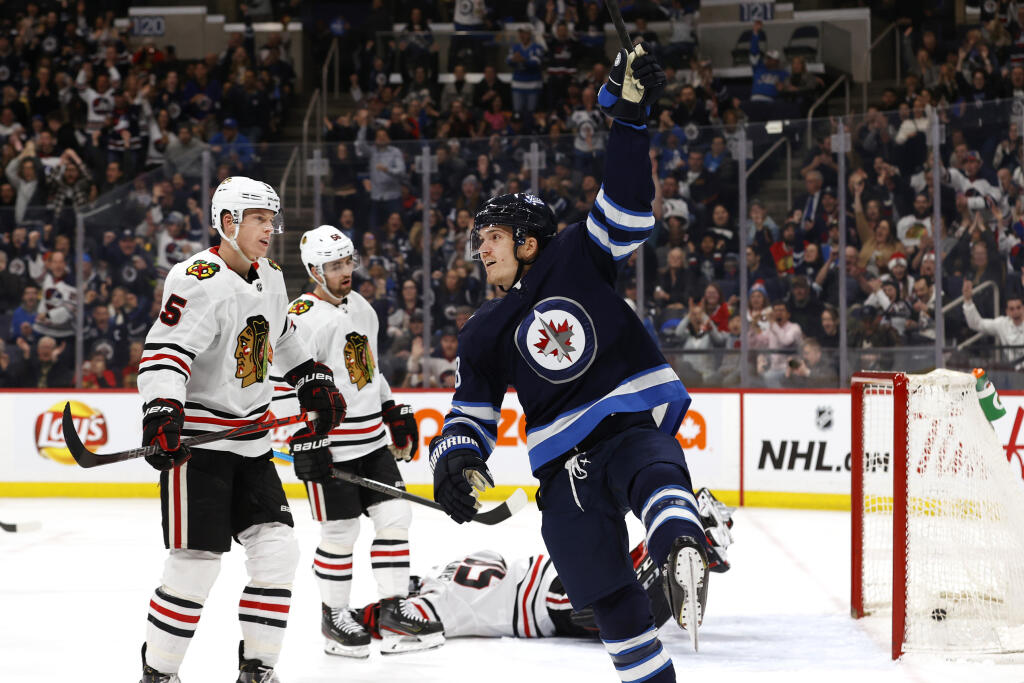