Florida refuses to lose in regulation but it was Edmonton and Ottawa who saved the best for last.

They had the two highest goal totals of the night on Sunday and the played each other. The Oilers beat the Senators 8-5 to cap off the night.

Statistics for the game were ridiculous. The game set an NHL season-high for goals scored in a single game, the teams combined for 24 assists and 37 point and Edmonton didn’t score in the third period.

However, Dominik Kahun scored the first goal of the game at 0:08 of the first period.

Dominik Kahun opened the scoring at 0:08 of the first period to match the @EdmontonOilers record for fastest goal from the start of a game, a mark set by Wayne Gretzky on Dec. 14, 1983. https://t.co/pl1wnnhCgW #NHLStats pic.twitter.com/V3p6NLJxD8

Leon Draisaitl became the fourth player in franchise history and the first in almost 34 years to record at least six assists in a game. He was one shy of tying Wayne Gretzky’s record.

He also reached the 20-point mark in his 11th game this season.

Joel Farabee became the third player in Flyers history to score a hat trick before his 21st birthday.

The 20-year-old winger scored all three goals in a span of 17:10 across the first two periods.

He became the first Oilers player since Mark Messier in 1991 to have three-plus points on consecutive days.

McDavid scored one goal and had four assists.

Goaltender Ville Husso made 25 saves against the Anaheim Ducks for his first NHL win. He has appeared in two other games this season.

Ville Husso praises his teammates' performance in tonight's win over the Ducks: "They made it easy for me." #stlblues pic.twitter.com/eXbOYPCLJA 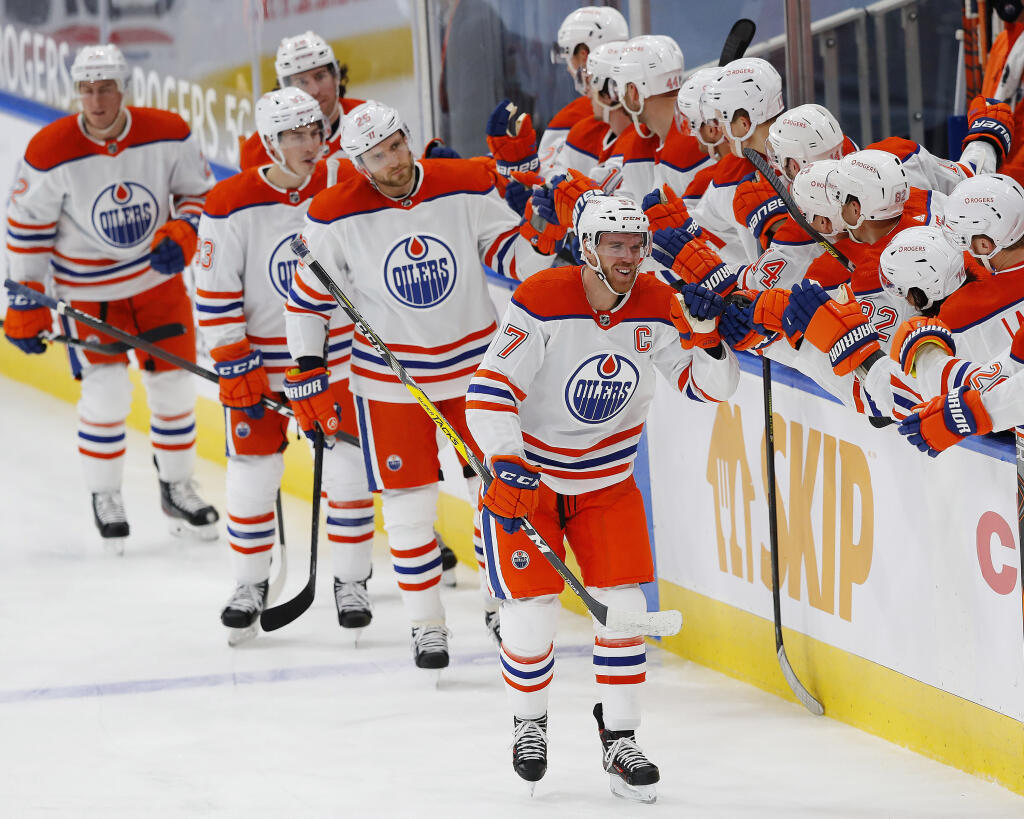