5 bold predictions for the 2022 NHL Draft

Every draft is unique. The players, the skillsets, the upsides, and the organizational needs. This year, we’ve been given an added element of the current geopolitical landscape surrounding the war Russia is currently waging against Ukraine.

And with each of these variants, the likelihood of a surprise on Day 1 of the draft becomes more and more likely.

Looking through the last four drafts, we’ve seen more than a handful of surprises. Jesperi Kotkaniemi landing third overall in 2018. Barrett Hayton elicited a similar level of ‘oooooh’ when the Arizona Coyotes selected him fifth overall that same year. And while those selections appeared like reaches at the time and look nearly as bad years later, it’s not always the case.

Moritz Seider was projected to go somewhere in the early to mid-teens back in 2019. The Detroit Red Wings stepped up and selected him at No. 6. It’s looking like a pure genius move now. The jury is still out on recent surprises like Tyler Boucher at No. 10 last year and Shakir Mukhamadullin at No. 20 in 2020. Or even Sebastian Cossa ahead of Jesper Wallstedt last year.

This has become something of an annual piece for me ranging back to the 2018 class and my time at DobberProspects. It’s a fun exercise, and by definition is bold in nature and thus not likely to prove correct. However, I have hit on a few of these before and I base the predictions on situational logic and team preferences and historical decisions.

Here are five bold predictions for the 2022 NHL Entry Draft.

Neither Shane Wright nor Juraj Slafkovský is taken first overall

We’ve seen and heard the discourse now for months. Shane Wright began the year as the presumptive first overall selection, but as the season wore on, it appeared as though the lustre had diminished ever-so-slightly on the OHL superstar. Meanwhile, after a legendary set of international competitions, Juraj Slafkovský has been the number one target for public lists to usurp Wright for the pole position.

But as the Montréal Canadiens walk up in their home rink to make the first overall selection, neither of the two are given the privilege. Instead, it’s American pivot, Logan Cooley who is announced.

For Montréal, the desire to select a centre overcomes the draw of a potential power forward monster. However, the more pace-drive, manipulative Cooley ends up overtaking the more cerebral, two-way advantage of Wright.

It’s a selection that will elicit an audible gasp from the audience in-house and around the globe. It also leaves the New Jersey Devils with just a devil of a decision at No. 2. Do they stick with Slafkovsky who many believe is their first priority, or do they take Wright and end up with Jack Hughes, Nico Hischier AND Wright down the middle? Not to mention the Arizona Coyotes just sitting back and cackling knowing they’ll get the leftovers.

If this prediction comes to fruition, it will cause a whole heck of drama on the draft floor. We live for drama.

Pavel Mintyukov is the first defender off the board

There’s been a running debate in public spheres over who the top draft-eligible defender is. That debate has involved two Europeans - both playing on the right side. Šimon Nemec broke virtually every U20 defensive mark this year in the Slovak top tier. Meanwhile, David Jiříček has been thriving in the top Czechia league for the better part of three seasons. But in the end, it's Russian back, Pavel Mintyukov who is called to the podium first.

The Saginaw Spirit defender was terrific this past season after losing his draft-minus one campaign thanks to the Covid shutdown of the league. His 17 goals and 62 points in 67 contests led all draft-eligible OHL defenders and were third among all backs in the league. He activates into the rush with pure skill and power. His defensive game continued to build all season long. And the fact that he’s already playing in North America eliminates the concern about his passport.

Despite all the hullabaloo about Nemec and Jiricek, there’s a strong argument for three or four other defenders to turn out to be the best of the bunch, and in this world, a team will bet on Mintyukov leading the charge.

This one is sure to get some people feeling a little hot under the collar. Matthew Savoie of the Winnipeg Ice just produced a 35-goal, 90-point campaign — good for tops among draft-eligible WHLers. And yet, here he is, waiting until four of his league mates are selected before hearing his name.

In this universe, the concerns around his size and willingness to fight into traffic give teams pause. And while the gaudy point totals are impressive, the Ice was the top-scoring team in the CHL this year and their offence ran through Savoie. Like, all of their offence. It’s no surprise he was able to produce so much.

There's long been star potential here, as evidenced by his being the first overall pick in the WHL Bantam draft a few years ago. Despite the production, has the development continued to track in the right direction? Have we been watching for so long that the nitpicking is taking over?

By the way, the four Westerners selected ahead of him will be Kevin Korchinski, Conor Geekie, Denton Mateychuk and Owen Pickering.

A goaltender sneaks into the first round

We’ve already hit some pretty bold predictions so far, but this one would likely top them all. That’s because the 2022 class of netminders is, to be generous, lite. I recall when I released my first public board back in 2017 and some goaltender people quickly chastised me for not having a stopper in the top two rounds.

Well, my personal list this year will be the same. But in this realm, Finnish, Topias Leinonen somehow convinces a club to grab him at the tail end of the first round. The 6-foot-5 235-pound monster was pretty good in the U20, not as good in the Mestis, and struggled in his five Liiga appearances. His U18 World Hockey Championships were good enough to help Finland land bronze.

If this one plays out, it’ll be the fourth year in a row that a goalie is selected on the first day, and the sixth time in the last eight drafts. (I fully don’t expect this to happen, but we’ve got to be bold!)

The running theory around blockbuster deals has always revolved around the draft. At the deadline, teams can sometimes go a little crazy with the potential of a long playoff run in front of them. But they’re also handcuffed by the cap, and the selling team has fewer trade partner options with only a handful of contenders in a position to potentially take on the dough and disrupt the chemistry in the room.

This year, we’re going to see some serious fireworks on that Thursday in Montréal. I’m talking about the big boys. We've already seen Kevin Fiala head to the Los Angeles Kings but things won't stop there.

J.T. Miller, coming off of a 99-point season and with one year remaining with the Vancouver Canucks at $5.25-million will find a new home. The San Jose Sharks, who finally realized that you can't run out two top offensive right-shot defenders to their max, will shock everyone and moves Brent Burns. And just for good measure, the Winnipeg Jets make ripples as the club moves Pierre-Luc Dubois and his apparent displeasure with the club.

These deals will overshadow nearly everything that happens on draft day and will have fans, fantasy hockey managers, and the hockey world buzzing for some time. 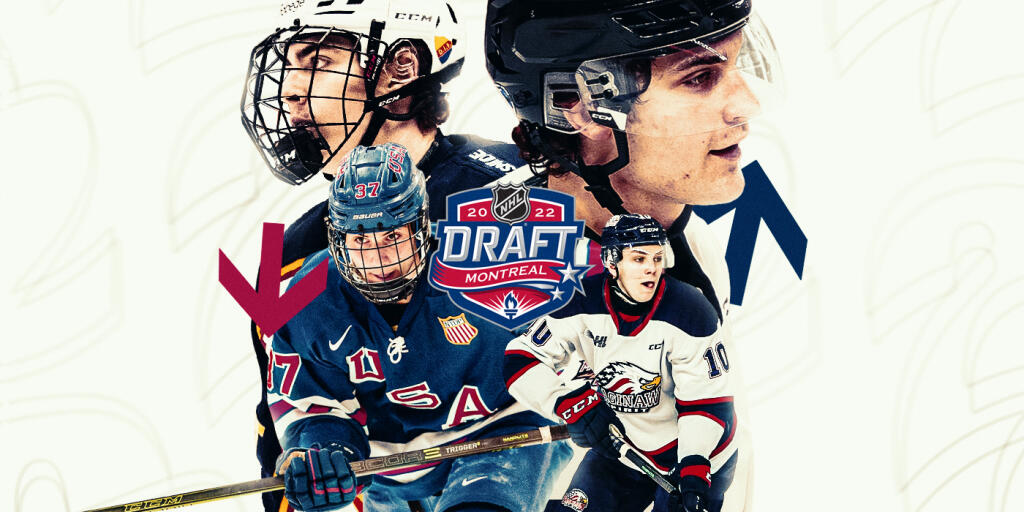